Today, the earth's magnetic field strength is steadily decreasing, but in the past it fluctuated. A recent study of an ancient copper mine in southern Israel indicated just how quickly those fluctuations could have occurred. What might have caused this magnetic turmoil, and what does it imply?

In their study published in Earth and Planetary Science Letters, researchers measured Iron Age copper slag at the ancient smelting operation.1 The discarded metal had piled up over the years into ten layers. Organic remains intermixed with the layers were carbon dated and a tight chronology of the slag pile was constructed.2

The study's authors wrote that the data showed that "geomagnetic spikes rise and fall over a period of less than 30 years,"1 demonstrating a variability described by University of Leeds geomagnetist Luis Silva as "completely outside of anything we thought could be happening in the core."3

Earth's decaying magnetic field is a "natural clock" that creation scientists have used to estimate an age limit for the planet. In the 1980s, a Genesis-based model of what causes this field was consistent with its current strength, as well as with data that showed the field strength vacillated wildly in past years.4 That model best explains the measurements taken from the ancient copper smelting operation.

In 1986, physicist D. Russell Humphreys described a magnetic field that was distinct from the long-ages "dynamo" model, which holds that reversals of planetary magnetic fields are charging the fields with more energy. A dynamo would recharge the magnetic field so that it could be millions of years old. But the dynamo model requires earth's core to hold the charge. The problem is that a charge that deep inside the earth cannot manifest fast fluctuations on the planet's surface.

In contrast, Humphreys presented a version of the "free decay" model, describing a magnetic field held in the mantle that wraps around the outside of the core. This could account for the rapid fluctuations, but does not allow for vast time periods. In this model, each fluctuation drains strength from the geomagnetic field. Movements in mantle material, already proposed to have accompanied the Genesis Flood, would provide the fluctuations.

Humphreys' model explains other magnetic field mysteries. Smaller planets like Mercury should have no magnetic field left after the supposed billions of years of evolutionary dynamo action. So, astronomers were quite surprised when spacecraft detected one. Humphreys' modified free decay model correctly predicted not only the presence, but also the magnitude, of the magnetic field strengths for the sun, Uranus, Neptune, Mercury, and large moons.5 It appears to also apply to stars, galaxies, and the whole cosmos.6

The model also incorporates a geologic event of biblical proportions. If the decaying magnetic field is conducted within the earth's mantle, and if that mantle material were disturbed somehow, then the magnetic field would have been disrupted, causing the charge reversals and strength fluctuations that have been recorded in ancient lava flows and some metal artifacts. Clearly, when the ocean floors were being paved with new mantle material during the Flood of Noah, plenty of mantle-mixing occurred.7

According to Humphreys and other scientists, the after-effects of these turbulent Flood events caused magnetic field reverberations for centuries.8 The new measurements from the Middle East shed light on how rapid the fluctuations still were hundreds of years after the great Flood.

Thousands of similar records have shown "that the field intensity at the earth's surface fluctuated wildly up and down during the third millennium before Christ."8 Evolution's long-age dynamo model fails to match the data. In contrast, a quickly decaying, rapidly fluctuating magnetic field fits the free decay model and an age for earth of only thousands of years.

More Earth's Core Was Created to Protect Life
Finding An Evolutionist's God
"Thou believest that there is one God; thou doest well: the devils also believe, and tremble" (James 2:19). A very potent anti-creationist...
BY: HENRY M. MORRIS, PH.D.

The Earth's Magnetic Field Is Young
The earth's magnetic field is a powerful witness for a world much younger than the billions of years required by evolutionary theories. Let's start the...
BY: D. RUSSELL HUMPHREYS, PH.D. 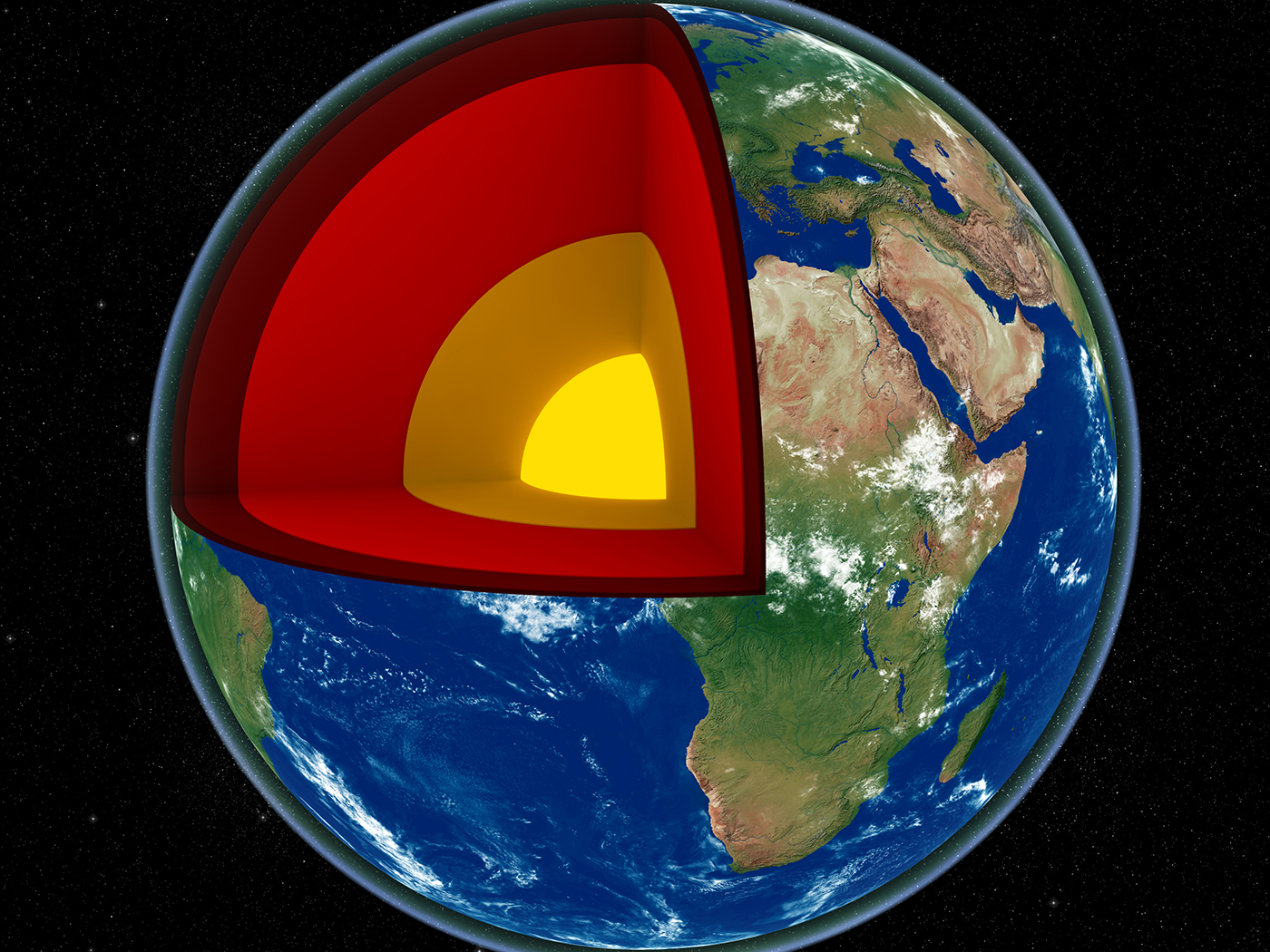 Dances with Cells
Cell biologists have long focused on the tiniest of interactions: those between molecules. Recently, some researchers have zoomed out just a little...
BY: BRIAN THOMAS, PH.D.

Bacteria Make Good Linguists and Electricians
Our scientific forefathers thought of germs as simple living things. They were oh, so wrong. Apparently, when it comes to living things, small does...
BY: BRIAN THOMAS, PH.D.
The Latest
NEWS   ACTS & FACTS   PODCASTS