Plankton is the general name for the tiny creatures that drift with ocean tides and currents and form the basis of the ocean’s food chain. Phytoplankton (plants) undergo photosynthesis and are made up mainly of diatoms. Zooplankton (animals) include protozoa which feed on diatoms, and baleen whales (the non-toothed variety) feast on both kinds of plankton.

One particular group of plankton is called dinoflagellates, a sophisticated marine protozoa with two flagella—the microscopic tails that enable these creatures to swim. Recently, these dinoflagellates were discovered to possess an amazing hunting mechanism that acts like a Gatling gun.1 This ring of projectile-firing capsules (extrusomes) was found in Nematodinium sp by University of British Columbia biologists. 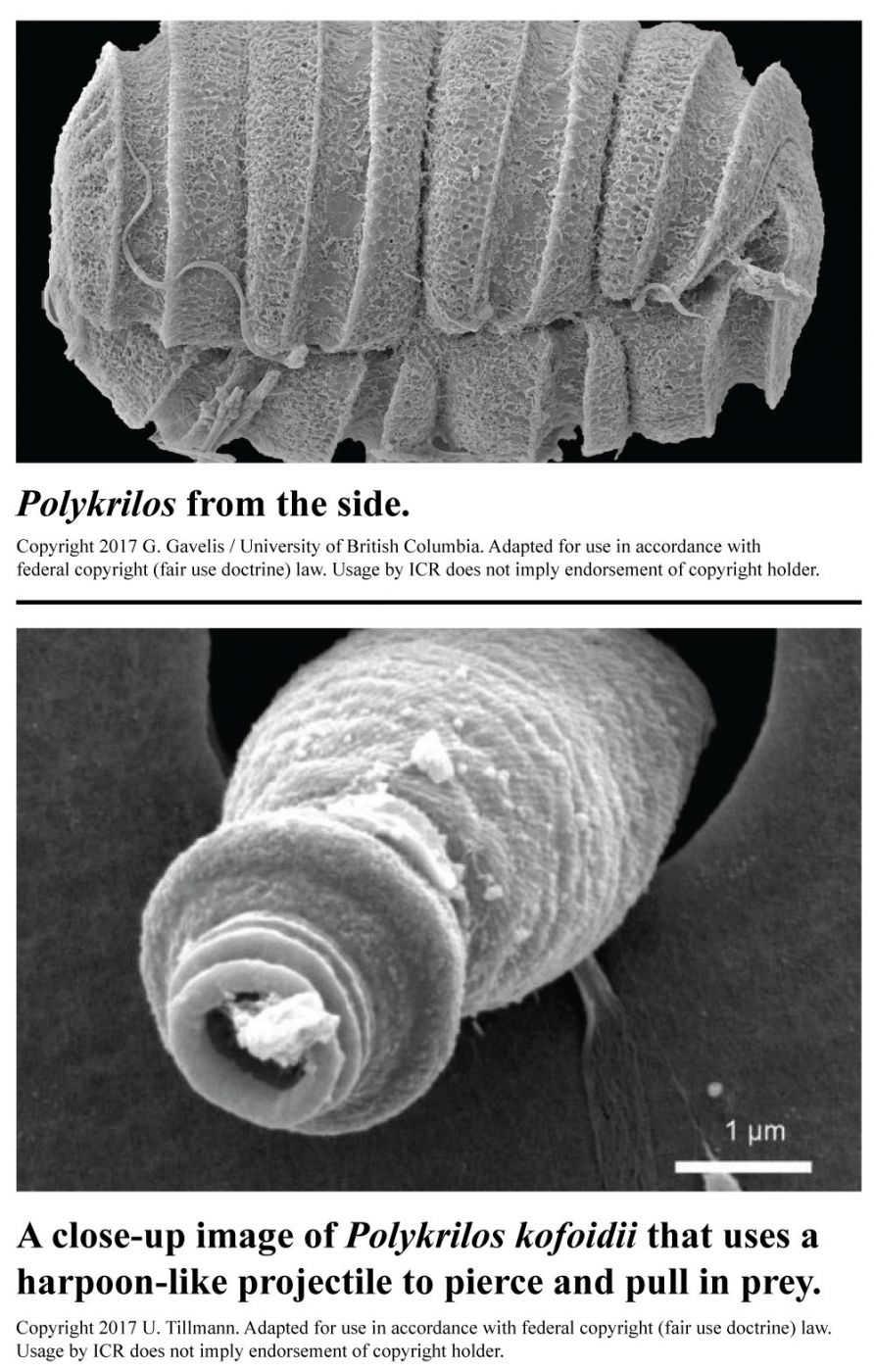 As is typically the case with evolution theory, scientists were not expecting to find such sophistication and intricacy in the “lowly” plankton; after all, most are single-celled organisms. Gregory Gavelis at  Arizona State University Tempe states, “People hadn’t been able to figure out how these dinoflagellates attack their prey because their ballistic mechanisms are so unexpectedly complex.”1

Regardless of the unexpected complexity, the article attempts to put a positive evolutionary spin on this discovery saying, “The researchers also found new evidence for the evolutionary origins of these extrusomes.”1

But the opposite is actually the case. They predicted that this unique form of ballistic mechanism would be much like the amazing stinging organelles called nematocysts found in jellyfish (cnidarians). Instead what they discovered was “a very exciting example of convergent evolution.” But convergent evolution is not a scientific explanation.2 It’s nothing more than an escape, a rescuing device to explain similar structures in unrelated organisms, such as similar external fin and flipper designs found in fish, whales, dolphins, and extinct aquatic reptiles. They also found that nematocysts of cnidarians evidently do not share any of their extrusome genes. Because this discovery contradicts evolutionary predictions, it was simply labeled “exciting.4

Creation scientists see these gun-like extrusomes as complete, fully-formed mechanisms and functioning perfectly with no indication of having evolved. These fascinating shooting structures were designed as a method of obtaining food (detritus perhaps) both before and after the Fall. Even the smallest and “lowliest” creatures show incredible design.

*Mr. Sherwin is Research Associate, Senior Lecturer, and Science Writer at the Institute for Creation Research.