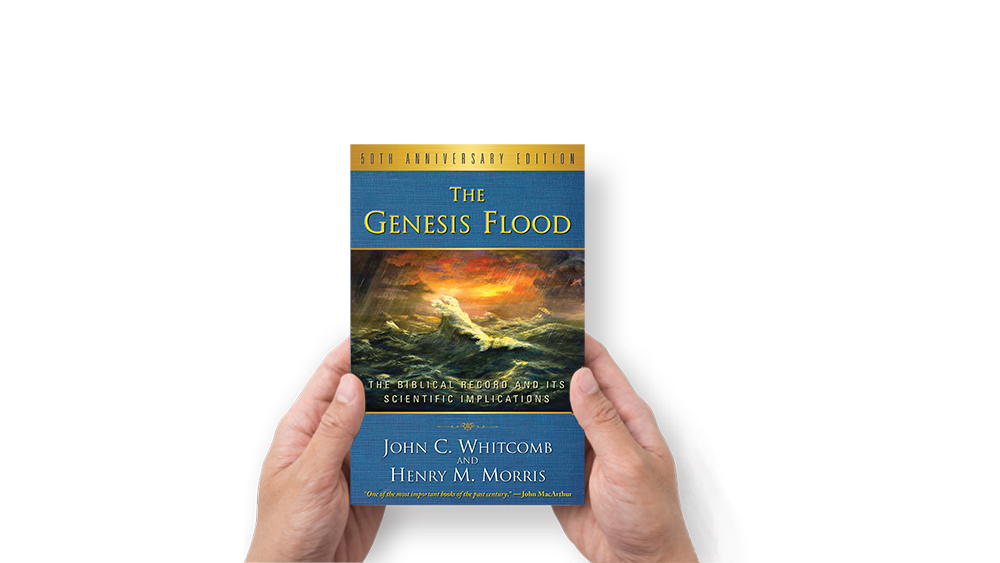 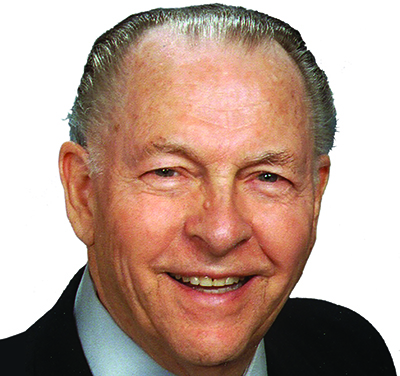 John C. Whitcomb and Henry M. Morris published The Genesis Flood in 1961. For the first time, a book presented an in-depth analysis of the biblical and scientific evidences for creation and the global Flood from the perspectives of a theologian and a hydraulic engineer. Few others could have written it, for both men were uniquely qualified for their contributions to the work. Through seemingly unconnected circumstances, God had carefully prepared John Whitcomb for this task.

Dr. John Whitcomb’s life stretched from June 22, 1924, to February 5, 2020, when he died peacefully in his sleep at the age of 95. Born into the military home of a high-ranking Army officer, John’s childhood included living in China from ages three to six, where he became proficient in Mandarin Chinese. His family then spent time in Fort Leavenworth and Seattle, and finally moved to Fort Benning just before World War II.

John was an only child. Beginning with an amah (nursemaid) named Pung in China, he was often relegated to the care of servants or domestic help through junior high school. He wondered why his parents focused on continuous trips, leaving him behind. He was relegated to his room during the social parties they gave as part of Army politics. Furthermore, with career moves every three to four years, it was impossible to develop long-term friendships. His escape was in books, and he became an avid reader with an interest in international places, people, and maps. For high school, he was sent to McCallie Military Academy in Chattanooga, where he learned self-discipline, as well as publishing and academic skills that led to an early acceptance to Princeton University.

When choosing his freshman classes at Princeton, John picked geology since he loved maps. To his surprise, the class was in evolutionary geology and paleontology and was taught by leading experts, including the authors of prominent textbooks. In God’s providence, John was being prepared for his future work. But the most important event of his freshman year was hearing the Bible teaching of a Princeton graduate and retired missionary, Donald Fullerton, who led him to accept Jesus Christ as his Savior. This event changed everything as he passionately followed and served his Lord for the rest of his life.

After one year at Princeton, John was drafted into the U.S. Army. Since he tested at the genius level of intelligence, he was given the opportunity to apply for a special occupation force program. In this program, people with skills in international languages and cultures were chosen to backfill the political vacuum left after the conquering army swept through a city, province, or country. But having chosen geology, John was short some language courses. He was instead assigned to a year of engineering courses at Virginia Polytechnic Institute and State University (now Virginia Tech). He bitterly complained to his father that this was “against my will.” He didn’t want to study engineering! But God had plans for him.

After World War II ended, John returned to Princeton, where he graduated with honors in history. He then enrolled at Grace Theological Seminary with a goal to return to China as a missionary. But this became impossible when Chairman Mao forced communism on the Chinese people and killed dissenters, as well as killing or expelling foreigners, especially missionaries. John had no other plans, so the president of Grace Seminary offered him a job teaching Genesis, Hebrew exegesis, apologetics, and other Old Testament courses.

Nearly all evangelical Bible-believing Christians of the time had embraced the theory of evolution. They taught that evolutionary history fit into a “gap” of millions and millions of years between Genesis 1:1 and Genesis 1:2. Indeed, John was taught the gap theory in his seminary classes since it was the position held by the seminary professors.

But he was struck by the clarity of the Hebrew text of Genesis 1. It demanded a literal interpretation of six 24-hour days for the creation of the heavens and the earth. He extended this study to the entire Bible, Genesis to Revelation, marking every verse that touched on creation or the Flood. After careful exegesis and hermeneutics, he discovered that the Scriptures had one, and only one, narrative—God created the heavens and the earth in six days, and later destroyed the world that then was by a year-long global flood as a punishment for sin.

On September 3, 1953, John Whitcomb attended a conference of the American Scientific Association (ASA) held at Grace Seminary. The ASA was a group of Christian scientists and engineers who sought to harmonize the biblical and evolutionary narratives. Many papers were presented, with a few dissenting views.

John reported in his diary, “At 9:00 I heard Dr. Henry Morris present a paper on the Deluge Theory of Geology before the ASA. He was criticized by several.” John approached Dr. Morris, noting that in his opinion Dr. Morris’ approach and perspective were thoroughly biblical. The two corresponded for a number of months, with Dr. Morris concluding by stating, “Perhaps we can be of mutual help to each other from time to time.”

John Whitcomb determined he would write his Th.D. dissertation on the Genesis Flood, since to him the geological evidence of the biblical record was overwhelmingly clear. Its title was “The Genesis Flood: An investigation of its geographical extent, geological effects and chronological settings.” While his biblical arguments were compelling, he couldn’t get the dissertation published because he didn’t have a Ph.D. in geology and wasn’t permitted to criticize the experts.

Independently, Henry Morris was working on a detailed book on the effects of the hydrodynamics of floodwaters and the predicted effects of a global flood as described in Genesis. Although he was a devout Christian and student of the Scriptures, he was not a theologian, and his approach to biblical apologetics lacked theological tools and perspectives. Dr. Whitcomb reached out to Dr. Morris, describing his dissertation publication dilemma as the “battle between the elephants and the whales,” where neither dominant mammal could fight in the environment of the other. And thus The Genesis Flood was launched.

The effort in writing the book took years to complete. It was an amazing experience for both authors, since Dr. Morris was able to understand and critique Dr. Whitcomb’s chapters based on his knowledge of the Bible, and Dr. Whitcomb was able to understand and critique Dr. Morris’ chapters based on his knowledge of geology from Princeton and engineering from Virginia Tech. The correct arguments and supporting evidences came into focus, resulting in a historically new and compelling answer to the theory of evolution. Their approach was to first ask what did God say? And second, is global geology consistent with a global flood? Third, to show that evolution is a theory without mechanistic evidences!

Sixty years after the publication of The Genesis Flood, an assessment of its impact can be made. It dismantled evolutionary theory and caused a pivot from uniformitarianism to catastrophism. The book also caused a change in orthodox theology to articulate a six-day creation and a global flood. (See the Chicago Statement on Inerrancy.) And finally, the book brought confirmation to Bible-believing scientists and engineers that true science is always consistent with clear biblical teaching.

The Genesis Flood testifies to God’s providential working in the lives of John Whitcomb and Henry Morris to uniquely prepare them for this task and then bring them together at just the right time. The ongoing work of these men of God inspired thousands of disciples by lifting up the Holy Scriptures as the only divine source of truth, and their legacy of faith continues today. 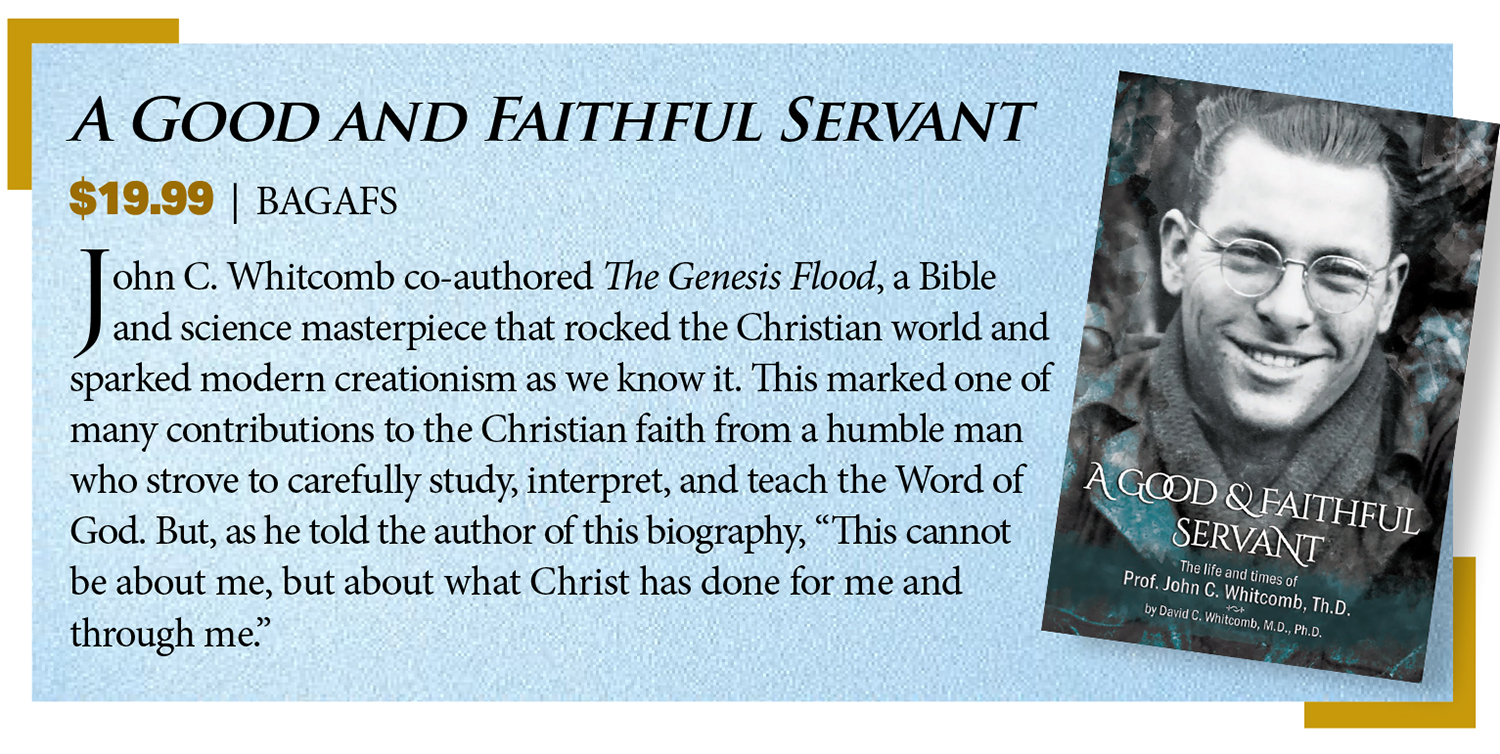 *  Dr. Whitcomb is the author of the recently published book A Good and Faithful Servant about his father, Professor John C. Whitcomb, Th.D.