Col. Jeff Williams took his Bible with him to space. He posted this on Facebook, May 22: “Sunday thought…60 days into the stay at this orbital outpost. The weeks are flying by and they have been incredibly productive. Three of our crewmates have less than four weeks until returning to Earth…three of us have more than 100 days to go. On this Sunday, I spent some time in Psalm 90. Two petitions stand out; ‘Let Your work be shown’ and ‘establish the work of our hands.’ And He does.”

NASA astronaut and International Space Station (ISS) commander Col. Jeff Williams is scheduled to return to Earth September 6, 2016, along with cosmonauts Alexey Ovchinin and Oleg Skripochka—Expedition 47/48’s crew. On March 18, 2016, the trio launched into space from Kazakhstan in a Soyuz rocket for a five-and-a-half month mission.

At the close of this trip, his fourth space mission and third long-term space flight, the 58-year-old Col. Williams will set the record for the most cumulative days in space by a NASA astronaut, with 534 total days over the four missions. 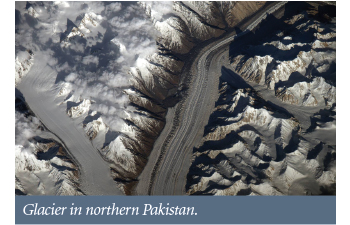 During Expedition 47 and 48, Col. Williams and the diligent ISS crew worked on approximately 250 science and research investigations. This involved experiments related to plants, animals, cells, DNA, and physics. Several focused on the effects of spaceflight on the body—especially eye, muscle, bone, and heart function—as the team used the unique microgravity environment of the ISS to study human physiology in preparation for NASA’s future journeys to Mars.

Cruising at 17,500 mph at an altitude of around 250 miles, the ISS passed a major milestone on Monday, May 16, as it began its 100,000th orbit of Earth. For over 15 years, more than 220 astronauts and cosmonauts from 18 countries have provided continual human presence onboard the ISS. This accomplishment is a great tribute to the international cooperation between the U.S., Russia, Japan, the European Space Agency, and Canada. 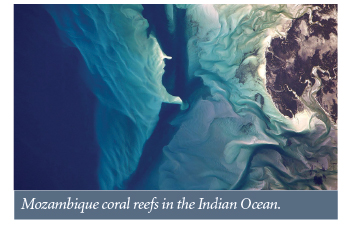 Col. Tim Kopra turned over command of the ISS to Col. Williams on July 17 as Expedition 47 ended and 48 began. On June 20, after 186 days in space, Expedition 47 crew members Tim Peake, Yuri Malenchenko, and Tim Korpa returned to Earth. Three new members were added to Expedition 48’s crew on July 9.

Bold about his faith, Col. Williams often quotes Scripture in his Facebook posts. In a recent videoconference with ICR, he mentioned he now has a deeper admiration for God’s providence. He sees how God worked throughout his life, eventually preparing him to be where he is now as an astronaut.

In addition to being an ISS commander and setting the record for days in space by a NASA astronaut, Col. Williams has also taken well over 200,000 pictures from space.

A West Point graduate, Col. Williams received his commission as a second lieutenant in 1980 and was designated an Army aviator in 1981. He earned a Master of Science Degree in Aeronautical Engineering and the Degree of Aeronautical Engineer from the U.S. Naval Postgraduate School in 1987.

Williams was selected for the NASA Astronaut Class of 1996. Williams retired from active duty in 2007 after more than 27 years of service. His special honors and awards are almost too numerous to list.

While these achievements are impressive, there’s even more to this remarkable man. It’s been inspiring to follow along with him on his journey in space and see the glory of God’s creation through his eyes.