The Institute for Creation Research is pleased to announce the launch of its National Creation Science Foundation (NCSF), a funding activity to advance the study of origins science. 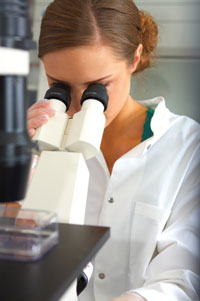 For nearly 40 years, ICR has been the leader in scientific research from a biblical perspective, conducting innovative laboratory and field research in the major disciplines of science, as well as in ancient biblical studies and graduate science education.

Through its full-time research staff and graduate school faculty, as well as in partnership with scientists around the world, ICR remains on the cutting edge in origins science.

To promote the progress of creation science, especially creation science investigations and analysis in biosciences, astrophysics, geosciences, ecology, and technological sciences, as well as related areas of specialized scholarly research (such as forensic science analysis applied to DNA-aided demographic history, post-Flood biogeography, or Christian apologetics applied to history/archaeology), so that such scholarly research is designed and useful for analyzing the biblical account of creation, the Fall in Eden, the worldwide Flood, the division of languages, or other aspects of creation history as it is described within Genesis chapters 1 through 11.

Qualified scientists are encouraged to submit proposals for innovative research projects that fit within the foundation’s mission. Proposed research must be conducted from a young-earth, global flood perspective, and investigators must abide by the biblical and creation science tenets of the institute. Details regarding submission guidelines can be found at www.icr.org/ncsf.

Since ICR’s founding by Dr. Henry Morris in 1970, ICR scientists have endeavored to utilize their research to demonstrate the evidence for creation as understood in Scripture. Recognizing the growing number of qualified scientists around the globe who share this same vision, ICR is confident that the NCSF will encourage researchers to advance the biblical creation model and thus magnify the Creator.

“For since the creation of the world His invisible attributes are clearly seen, being understood by the things that are made, even His eternal power and Godhead, so that they are without excuse.” (Romans 1:20)

What Other Doctrines Do You Ignore?
Recently I was talking with an evangelical pastor about his view on creation. Please understand. Creation is not the only Biblical teaching I care about....
BY: JOHN D. MORRIS, PH.D.
The Deity of the Risen Christ
We often hear this criticism from evangelicals: "You creationists are causing controversy and division among Christians; you should just be preaching...
BY: HENRY M. MORRIS, PH.D.
God's Library
I have always loved books and libraries. As a child, I spent much time in the Houston Public Library and read many books. As an engineering student (later...
BY: HENRY M. MORRIS, PH.D.
More Creation Science Update

Do Bird Embryos Show Evidence of Evolving from Dinosaurs?
The majority of zoologists and vertebrate paleontologists believe that birds are actually flying dinosaurs. This even includes the world’s smallest...
BY: FRANK SHERWIN, D.SC. (HON.)
The Latest
NEWS   ACTS & FACTS   PODCASTS