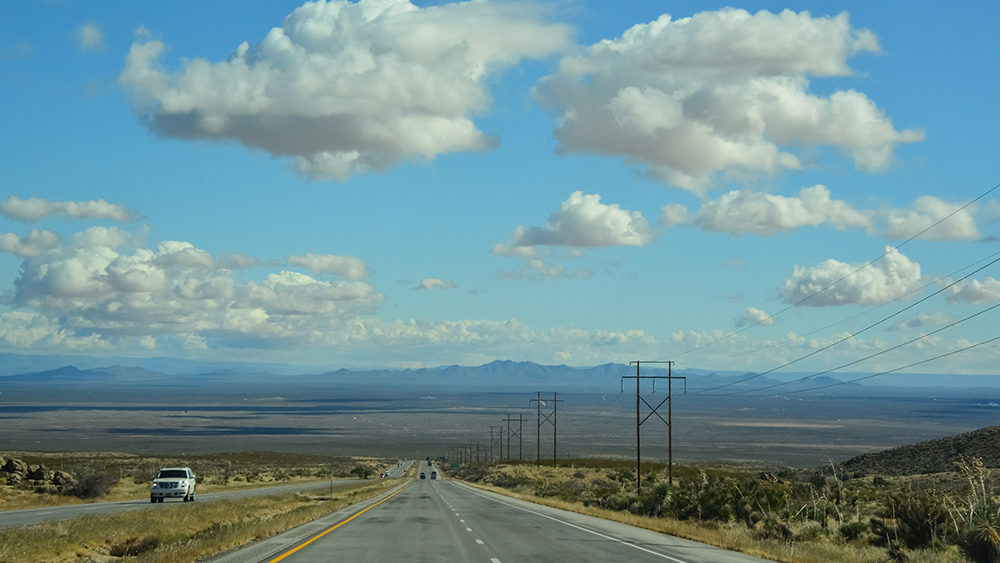 Radiocarbon dating seems like solid science. It appeals as a kind of time machine, providing a clear peephole to peer into the past. However, a new debate over ancient human footprints from New Mexico shows one way that this supposed peephole can get all fogged up.

A 2021 study had assigned an age of about 22,000 carbon years to sediments that hold mammoth, giant sloth, and human footprints found in the ancient Lake Otero Basin.1 Its authors concluded therefore that these prints placed humans in North America long before most scientists thought.

How did they land on this older-than-expected “age?” The team extracted and sent for radiocarbon analysis small seeds from the track-bearing sediments. The seeds came from the underwater plant Ruppia cirrhosa.

Radiocarbon labs do not measure time. Instead, they precisely measure carbon isotope ratios. Carbon comes in three isotopes, and the rarest of the three has an unstable nucleus. Carbon-14 (14C) atoms are like needles in carbon-12 haystacks. They emit radiation at a steady rate until they turn into nitrogen (14N).

Experts must therefore convert the isotope ratios into “ages” using a series of formulas. The tricky part comes where these formulas substitute assumed values for unknown variables. In the case of radiocarbon, for example, one must assume that the radiocarbon atoms in the seed came from a particular source—for example, the atmosphere—in the year the seed grew and was buried. We also need to assume a value for the carbon isotope ratio in the atmosphere at that time. We can’t know either variable without a real time machine.

Now, a 2022 report claims that those seeds were misdated. The seeds supposedly grabbed their radiocarbon atoms from very old water instead of from the ancient atmosphere.2 This newer study measured the carbon isotope ratio in seeds of the same plant, but these were harvested and archived in 1947. That would make these seeds (2022 minus 1947) 75 calendar years old. Their radiocarbon age? “7400 years old.”3

By applying this huge offset found in recent seeds to the ice age seeds, the 2022 study authors argued that the carbon ages assigned in 2021 were vastly inflated. This apparent recall swings the time of the first human pioneers of America back in line with long-held expectations.

Should scientists now breathe a sigh of relief from this realignment? Well, maybe in terms of the first Americans but not in terms of radiocarbon dating.

Where was this ancient lake getting such old water from? How was this ancient lake able to insulate its supposedly much older age (i.e., its dramatically low ratio of 14C content) from the atmosphere under which it rested? And crucially, if supposedly old radiocarbon sources tilted these age assignments this far from expectation, then how do we know they did not also nullify other radiocarbon “ages?”

After all, radiocarbon years can be systematically older than archaeological years.4

And this leads to one more string of questions. Is there enough latitude in radiocarbon results for researchers to, in a subtle way, “find” the ages they expect? Paleoecologist David Rhode coauthored the 2022 study. He told the Desert Research Institute regarding the 2021 age that his team helped refute, “It really does throw a lot of what we think we know into question. That’s why it’s important to really nail down this age, and why we’re suggesting that we need better evidence.”

If by “better,” he means an age that better aligns with what he and his colleagues have believed for so long, then he has it now.

*Dr. Brian Thomas is Research Scientist at the Institute for Creation Research and earned his Ph.D. in paleobiochemistry from the University of Liverpool.
More Days of Praise