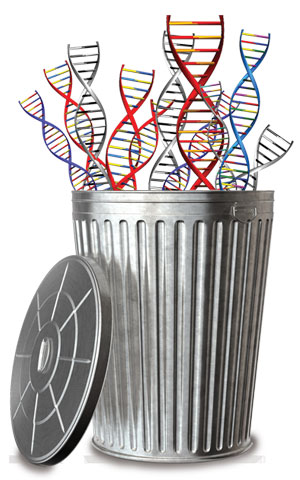 The ICR life sciences team continues to tackle the problem of refuting the evolutionary tree of life1 and, specifically, the frequently cited claim that humans and chimpanzees have an unusually high degree of genetic similarity and that this is due to common ancestry.2 This claim of shared DNA spans several levels of DNA comparisons and often receives strength from compelling analogies. In previous columns, we discussed DNA similarity at the level of chromosomal identity and of DNA sequence identity,2-4 and of the analogy made by evolutionists to human genetic testing.5 In this column, we discuss DNA similarity at the level of shared mutations and the analogy to literary plagiarism.

DNA is a well-designed blueprint containing the instructions for the anatomy and physiology of nearly every species, including humans. Its function and operation are extremely complex and well-regulated; not surprisingly, it is copied and transmitted from cell to cell in a very fastidious manner. However, on occasion, random changes—“mutations”— are introduced, and if mutations happen to land in a part of the DNA that codes for protein (i.e., in a “gene”), the consequences can be striking—for example, sickle cell anemia, which is due to a mutation in the globin gene. Despite these occasional changes, the entirety of the human blueprint (“genome”) has been transmitted largely intact from parent to progeny throughout human history.

If mutations occur in the reproductive cells (“gametes”), these errors can be transmitted through many generations. Because they are rare, random, and seldom reversible, mutations serve as a useful marker of ancestry. Evolutionists have capitalized on this fact and have used it to claim that shared mutations between humans and chimps prove common ancestry between these two creatures.

This evolutionary claim is strengthened by analogy to literary plagiarism. For example, imagine that a popular author happens upon a near-duplicate of his best-selling work. To prove that the second book is a fraud and not original, the author might point out identical sentences or paragraphs between the two works. To strengthen his case, he might also look for shared mistakes between the two volumes, since the chance that both authors would make the same random typo in the same paragraph is very low. By analogy, evolutionists claim that humans and chimpanzees share an unusually high number of shared mutations in the same DNA locations and that the only explanation for this similarity is plagiarism of these genomes from a common ancestor.

Is there another explanation for this phenomenon?

Just like the appeal to human genetic testing,5 the analogy to literary plagiarism relies on a hidden—but critical—assumption: The ability to spot shared mistakes assumes knowledge of the language used. Hence, the claim that humans and chimps share DNA mistakes assumes that scientists speak the “language” of DNA well enough to identify errors reliably.

Is this assumption true?

The shared “mistakes” between the two genomes are most often found in the region of the genome previously labeled “junk.” Evidence has been accumulating that “junk” DNA is, in fact, functional.6 These data clearly indicate that the assumption behind the evolution claim is false—we do not speak the language of the genome well enough to reliably separate shared “mistakes” from common design features. Hence, the claim that shared “mistakes” prove common ancestry is invalid.

The research team is continuing to investigate the true genetic identity between chimps and humans. Expect to read more about what we discover in upcoming issues!

* Dr. Jeanson is Research Associate at the Institute for Creation Research and received his Ph.D. in Cell and Developmental Biology from Harvard University.