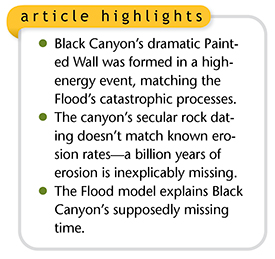 The Gunnison River winds westward from the Colorado Rocky Mountains through dry and dramatic landscapes. Morning sunlight enlivens Colorado’s tallest cliff, the stunning Painted Wall, found in Black Canyon of the Gunnison National Park (Figure 1). Lookout points along the park’s south rim road permit people to peer down into the deep canyon where birds fly far below and the Gunnison River roars in the distant depths (Figure 2).

But Black Canyon does more than drop jaws. It conceals mysteries, including supposedly lost eons of time.

Painted Wall is 2,250 feet of almost vertical dark metamorphic crystalline basement rock. Gashes of light-colored igneous rocks across its face look like fossilized lightning bolts.1 Official park books and signage try to explain how this happened, but they weave in some wild storylines. 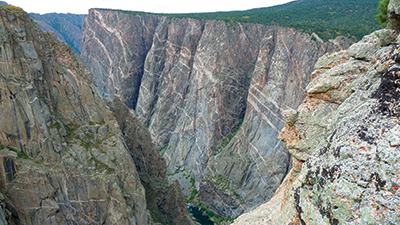 This basement rock formed early in Earth’s history. Secular and biblical perspectives both acknowledge that crustal rock was cooked and squeezed under pressure. Later, molten material mixed with extremely hot water was injected into cracks and fissures, putting the painted look on the stunning cliffsides. This once-forceful injection implies much higher energy was at work here than we find today.

Genesis speaks of “all the fountains of the great deep” bursting upward until waters covered the earth “under the whole heaven” (Genesis 7:11, 19). Catastrophic plate motion during Noah’s year-long Flood would have supplied plenty of energy, heat, and water.

“Eons” That Left No Trace 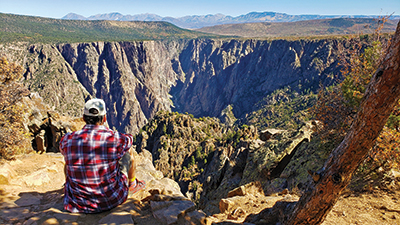 Mainstream geologists assign an age of about 1.7 billion years to this basement rock.2 Biblical geologists point to only thousands of years. Erosion rates lean toward the latter assessment. Various studies suggest that today’s slow erosion rates would take a maximum of about 50 million years to completely wash Earth’s continents into the seas.3

The park signage itself points out another mystery that a thousands-of-years age assignment would solve. A sign titled “The Great Unconformity” says:

The thin, light tan layer you see on the canyon rim is Entrada Sandstone, a mere 165 to 170 million years old. The rock immediately below it was formed in the Precambrian period and is about 1¾ billion years old. More than a billion years is absent from the geologic record of Black Canyon!

What would a billion years of erosion do to the top of this basement rock?4 Erosion carves valleys between mountains and gullies or canyons between hills. But the top of the basement rock just beneath the Jurassic Entrada Sandstone is perfectly flat!5 It looks like not even one year elapsed between these features.

Similarly, what would a billion years of earthquakes and tectonic motions do to basement rock? They would leave numerous fissures, tilts, and cracks. But the top of the basement rock looks perfectly horizontal and intact to this day! 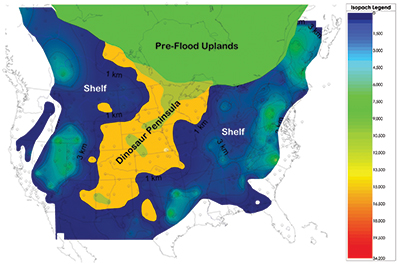 Figure 3. Thickness map of the early Flood sedimentary rocks, including the Cambrian through Mississippian systems, showing the possible extent of the pre-Flood Dinosaur Peninsula in yellow. Black Canyon is located on the southwestern part of this peninsula. The measurement is in meters.
Image credit: Werner J. Davis

Where are the rocks here that represent early Flood deposits like the Cambrian, Ordovician, Silurian, and Mississippian? None exist below the Entrada. Why? A view of rock thicknesses across North America reveals an answer (Figure 3).6 Most likely, these earlier rock systems were never deposited here. They weren’t here to erode away! 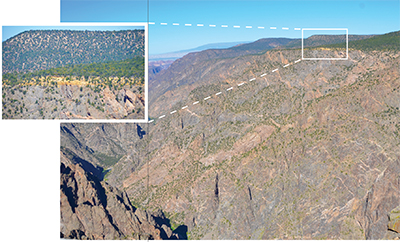 Figure 4. Detail of the Great Unconformity, i.e., the basement rock/Entrada contact. One billion years between these strata would have left ruts and tilts. Instead, rapid deposition fits this flat contact.
Image credit: Brian Thomas

Black Canyon exposes one of the wildest stories ever to wind its way into science—a billion years of Earth history that left no trace. These rocks show that the billion years never really happened.

Recent, rapid, high-energy Flood processes better explain the flat contact between basement rock and the Entrada Sandstone. Since the Flood deposited that sand onto the basement rock only thousands of years ago—not 170 million—no wonder it shows no tilts or folds. There hasn’t been enough time for tectonics to leave a trace.