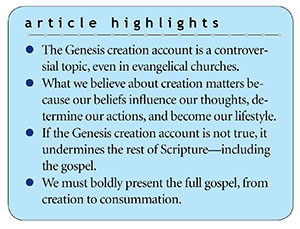 Neanderthal Extinction Dilemma
How did Neanderthals go extinct? Four researchers from the Netherlands recently published the results of their computer-modeled human populations in the...
BY: BRIAN THOMAS, PH.D.
The Latest
COVID-19   NEWS   ACTS & FACTS   PODCASTS

ACTS & FACTS
Human Activity and Vertebrate Evolutionary History
God gave humans a dominion mandate1 and expects us to exercise responsible stewardship “over all the earth.”2 After...
BY: FRANK SHERWIN, M.A.
Shop Related Products