Then God saw everything that He had made, and indeed it was very good. (Genesis 1:31) 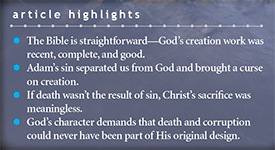 The message of Genesis isn’t confusing. The information throughout the Bible is consistent: The universe was created by an omnipotent, omniscient, and transcendent Being. The words of Scripture insist that God’s work was recent, complete, and good. Our struggle with that message is that everything we observe is tainted by evil and death.

Secular history presupposes that the “normal” of today has been the dominant operational force behind everything. Geological processes, fossil evidence, sociological development—all are interpreted without God in the story. Some theologians attempt to explain the differences between the biblical message and secular naturalism by suggesting that dying processes are a normal part of God’s creation. Some religions embrace the idea that good and evil are just two sides of the same reality—that our perception of such contrasts is merely a product of our experience and culture.

How can we resolve the conflicting message of a good creation with the evil that surrounds us? For those of us who believe an omnipotent and omniscient God has existed from eternity past, we must use God’s divine nature as the controlling factor to correlate what God has revealed to us with our growing understanding of science. What does the revealed nature of God demand of the original creation? How does natural revelation (what we observe in today’s universe) help us understand the written words of Scripture?

God Himself reconciles His creation to Himself through the death of His sinless Son in substitution for our well-deserved guilt.

Some have suggested the original creation’s processes of nature couldn’t have included a deathless universe since all current natural processes function around deterioration and death. Living things would have worn out and perished, even if the environment then were much better than it is today. Animals would have died as they do now, and Adam and Eve would have died eventually unless they ate of the tree of life God planted in the garden “eastward in Eden” (Genesis 2:8-9).

But the Bible tells us that death is the result of Adam’s sin, and as a result of God’s judgment “death spread to all men” (Romans 5:12). When God tells us death is the “last enemy” to be conquered by the Lord Jesus (1 Corinthians 15:26) and death won’t exist in the new heaven and the new earth (Revelation 21:4), are we to expect the new bodies promised upon our resurrection to be still mortal in eternity?

Before we approach these issues, it’s absolutely necessary to acknowledge what has been recorded about the origin of the universe.

The repetition of God’s observation in Genesis 1 is worth noting. On five days of the creation week, the Creator pronounced the results of His work “good.” On the sixth day, “everything…was very good” (Genesis 1:31). It’s the same Hebrew word each time and means just what would be expected: good, pleasant, agreeable, excellent, of benefit, etc. There’s nothing unusual about God’s use of the word, except that it’s repeated often and it is God who uses the term.

Given that the Creator is saying it, we should consider the character of the Evaluator. We should gain some understanding of His attributes before we render an opinion of the meaning of “good”—especially as it applies to the original creation.

Holiness is the preeminent attribute of God. Everything God does is subject to the unchangeable rock of His holy nature. Even the love that drove Him to become man and die a substitutionary death for our sins is driven by the holiness that demands justice for man’s rebellion against that holiness.

“Who is like You, O LORD…glorious in holiness, fearful in praises, doing wonders?” (Exodus 15:11)

“For I proclaim the name of the LORD…He is the Rock, His work is perfect; for all His ways are justice; a God of truth and without injustice, righteous and upright is He.” (Deuteronomy 32:3-4)

Because God is holy, He must reveal truth in the created things of the universe. He cannot lie (Titus 1:2). God’s words and deeds are “true and righteous altogether” (Psalm 19:9). 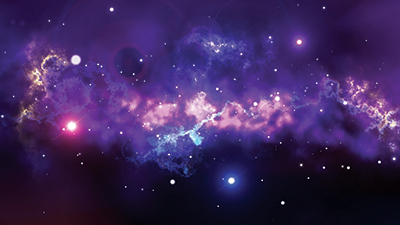 Everywhere we look—into the deepest recesses of space or the minutia of the microscope—the intricacy, precision, and complexity of all things stagger us with the enormity of details and vastness of information.

This is the consistent message of Scripture. God cannot be progressively aware. His knowledge is immediate. He knows all there is to know. His purpose and order flow from His omniscience. His decisions are unchangeable and without confusion. God’s specific will and pleasure are always implemented.

Whatever God pronounced good would have to be in harmony with His divine nature. Since God is holy, He couldn’t deceive us about the order of the creation week. Since God is omniscient, He couldn’t guess or use trial-and-error methodology. God wouldn’t experiment. He wouldn’t produce inferior things. He can’t create, make, or shape nonfunctional processes. All of this clear evidence requires that we who read Genesis 1 understand “good” to mean “flawless function.”

God’s own account of His work specifies His organization and purpose. Because God is omniscient, everything in the universe works as designed. Because God is omnipotent, everything has all it needs to operate, live, reproduce, and populate under the orders of and in agreement with the Creator’s design. Each component was designed to function without flaw. Every part works as ordered, and all living things function under the limits and in the places for their lives. Nothing was misplaced. Nothing was left to chance.

For the holy, omniscient, omnipotent, loving Creator to conclude that everything He had created was “very good,” there could be nothing in the completed creation that didn’t function as designed. Nothing existed in conscious rebellion against the immutable nature of the Creator—there was no sin. Sin became part of human nature through Adam. Death was introduced into creation through the Creator’s sentence upon Adam.

God is life. Everything that is revealed about God centers on His eternal Being. The most personal name God gives is “I AM”—the One who exists by the right and nature of who He is. Jesus insists He is “the way, the truth, and the life” (John 14:6). The awesome apokalypse of Jesus Christ opens with a loud voice “as of a trumpet, saying, ‘I am the Alpha and the Omega, the First and the Last’” (Revelation 1:10-11).

There’s absolutely no indication anywhere in Scripture that the God of life created death. Nothing in the Bible suggests that death was a part of the good God designed into His creation. Death in Scripture is separation from God. Death stops life. Death intrudes into and destroys everything.

When God completed His work, He pronounced it “very good.” If words mean anything at all, “good” must include the flawless functioning of every molecule and all systems and all life. “Good” demands that nothing be out of order or in rebellion to God’s nature. No sin or death existed in all of creation—until the third chapter of Genesis.

Rebellion in the Garden

How much time elapsed between the end of Day 7 and the world-changing events that took place at the tree of the knowledge of good and evil? No specific time period is stated, but it doesn’t appear it was very long. Eve didn’t conceive her first child until after the pronouncement of God’s judgments and she and the man were cast out of the garden (Genesis 4:1). Given God’s command to “be fruitful and multiply” (Genesis 1:28), it’s unlikely either Adam or Eve delayed attempting to fulfill this mandate.

However one interprets the information, it could not have been “ages.”

If death is part of God’s original creation design, that makes God the Author of death. Since the creation is part of the revelation of the nature of God (Romans 1:20), such a design would require that death be part of the holiness of God. How could this be? The Bible calls death the “last enemy” and insists the Lord Jesus will destroy it. If God Himself created death, then why would He destroy it later?

The Bible demands an innocent sacrifice be substituted for the sin of humanity. Christ’s death is required for salvation. We are sanctified through the offering of the body of Jesus Christ on Calvary (Hebrews 10:10), done once, and with and for eternal consequences (Hebrews 10:12-14).

Twisting the words of Scripture so that Christ’s physical death has no meaning is a terrible heresy. If eons of pain, suffering, and death existed before Adam’s rebellion, then a whole sweep of biblical teaching is thrown into the black hole of allegory.

The Demands of God’s Nature

God is omnipresent Spirit (John 4:24). He is not nature. He is not the universe. He is not a cosmic consciousness or a mysterious force. God is not man—He is greater than man (Job 33:12) and does not change His mind (Numbers 23:19). 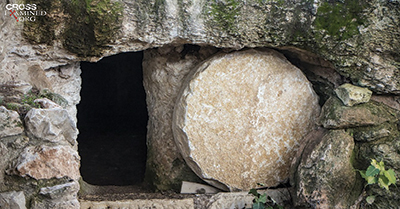 Because of who God is, we can be assured of an original creation that functioned as it was designed—a creation that fits the Creator. The “groaning” of the creation now (Romans 8:22) is a constant reminder that rebellion against the holiness of the Creator required His judgment. God Himself reconciles His creation to Himself through the death of His sinless Son in substitution for our well-deserved guilt.

The gospel message insists on the birth from above (John 3:3) that brings about a transfer from death to life (John 5:24). It involves a “new creation” (2 Corinthians 5:17) made possible by the death of the Creator Himself (Hebrews 2:9).

The earthly condition of flesh and blood cannot inherit the Kingdom of God. Physical changes are required. Resurrection is the absolute opposite of physical death. Corruption must become incorruption. Dishonor must become glory. Weakness must become power. The natural must become spiritual (1 Corinthians 15:50-54). Physical death is an intrusion into the eternal order of things, and it takes a resurrection to correct it.

The “new man” must be created in God’s righteousness and true holiness (Ephesians 4:24). We await the fulfillment of the promise when the Creator “will transform our lowly body that it may be conformed to His glorious body, according to the working by which He is able even to subdue all things to Himself” (Philippians 3:21).