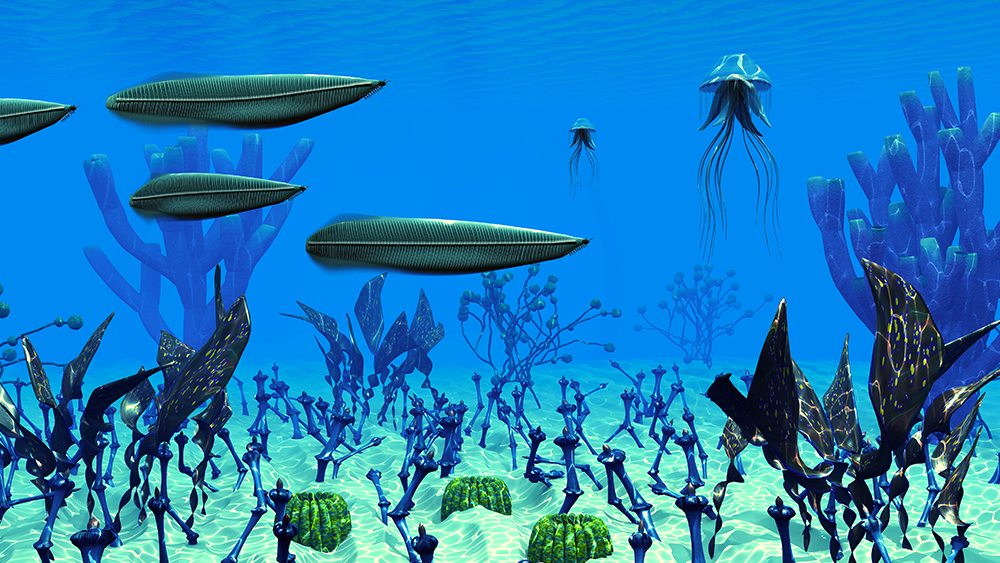 A recent amazing discovery in China's southern Yunnan province gives significant support to the creation model. Half-inch long invertebrate fossils of a sea creature were discovered that allegedly died more than half a billion years ago. The wormlike animal called Cardiodictyon catenulum, was originally discovered in 1984. It is classified as an armored lobopodian (a group containing the Onychophora or walking worms) that once ‘walked’ the Early Cambrian (earliest Flood layers) seafloor on soft, stubby legs.

The shocking discovery was that the Cardiodictyon “fossil had hidden a crucial secret until now: a delicately preserved nervous system, including a brain.”1

Creationists maintain the brain—either in vertebrates or invertebrates—is incredibly complex. It’s a strange idea indeed that suggests such unparalleled complexity arrived only via chance and time—especially in Cambrian creatures.2

"Until very recently, the common understanding was 'brains don't fossilize,'" said Frank Hirth, a reader of evolutionary neuroscience at King's College London. "So you would not expect to find a fossil with a preserved brain in the first place. And, second, this animal is so small you would not even dare to look at it in hopes of finding a brain."1

The fact is paleontologist have found a well-preserved brain showing they do indeed fossilize and fossilize quickly3—as in, for example, a massive flood. Evolutionists are stymied with a worldview that states creatures slowly evolved from the simple-to-complex and therefore they were—and are—not necessarily looking for complexity such as very small animals with a brain.4

The scientists are saying this amazing discovery “may compel a science textbook rewrite of how brains evolved.”1

But the question must be asked, did brains evolve? There’s certainly no evidence for it.5

Combining detailed anatomical studies of the lobopodian fossils with analyses of gene expression patterns in their living descendants, they conclude that a shared blueprint of brain organization has been maintained from the Cambrian until today.1

In other words, they found “ancient” animals with unexpectedly complicated nervous systems in early Cambrian sediments (e.g. Cardiodictyon). This is hardly what naturalists expected. Creationists would say all creatures have been created in the beginning with a sophisticated genetic ground plan and were merely buried and preserved in some of the earliest layers of the global Flood. Such complexity can only come from the mind of the Creator, the Lord Jesus Christ.6

This discovery shows animals, no matter how small or where they’re found in the sedimentary rocks, have always been complex7 as we see in all Cambrian animals buried during the Flood about 4,500 years ago.