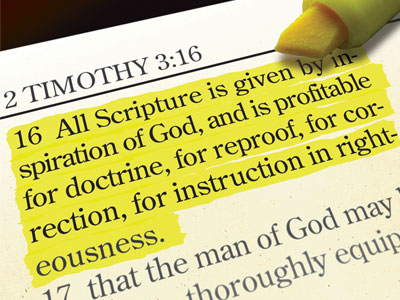 At the heart of ICR’s work is the belief that the inspired Word of God is relevant and accurate in all areas of life. To that end, we have undertaken scientific research to underscore the truth of the biblical account of the origins and early history of our world. Dr. Henry Morris began this work with The Genesis Flood in 1961, and that process is continuing today with our FAST (Flood Activated Sedimentation and Tectonics) geological research project. The principal investigators of the FAST program recently met in Kingman, Arizona, to review their progress during 2007 and formulate plans for 2008.

On Friday, November 7, project participants visited the Grand Canyon. Entering from Peach Springs on the Hualapai Reservation, the team drove 22 miles down the unpaved road to the Colorado River—the only river access within the Grand Canyon by car. The team stopped at the Great Unconformity and overlying strata (which is the subject of William Hoesch’s research), and then ate lunch on the bank of the Colorado River at Diamond Creek (where the Vishnu metamorphic complex is exposed). Later in the day, the group visited the Coconino Sandstone outcrop at Chino Point near the town of Seligman. John Whitmore’s footprint locality and crossbedding study were scouted at Chino Point, and several constructive observations were made within the group.

The FAST scientists gathered on Saturday, November 8, for reports from the various research teams. ICR’s geological research is based on a literal interpretation of the Genesis account of the Flood. To that end, the Scripture Division investigated the structure and syntax of Genesis chapters 6 through 9. Steve Boyd discussed the usage of the Hebrew verb wayehi (translated “it was” or “it came to be”), especially as it indicates chronology and sequentiality in Hebrew narrative. This verb appears to be vital to understanding the paragraph structure of the narrative text in Genesis 6 to 9. Two of Dr. Boyd’s students commented further on the use of the verb wayehi in macrosyntax, and on the Hebrew constructions called “double infinitive absolute” in Genesis 8:3 and Genesis 8:7, and Randy Younker reviewed the Hebrew idea of raqia (“expanse”).

For the Sedimentation Division, John Whitmore reported on the Coconino fieldwork and sample analysis by Ray Strom. Van Wingerden reviewed the ongoing fieldwork on the source formations for clasts in the Kingston Peak Formation, and Clarence Burg explained the deformable computational mesh he intends to use to simulate submarine debris flows.

On Sunday, November 9, Tim Clarey of the Tectonics Division detailed the initial synthesis of map and drillhole data constraining the geometry of the South Fork fault (a separate fault distinct from and south of the Heart Mountain fault in Wyoming). He characterized a “breakaway zone” for the South Fork fault and suggested that it was a large rockslide, like the Heart Mountain fault. Sunday afternoon concluded with a brainstorming session on topics that included superfaults and ancient DNA. A superfault is a rupture surface where huge displacement generates enough friction to melt rock, not just pulverize it. Ancient DNA, if documented in Miocene peat or fossil dinosaur bones, would be incompatible with an old earth.

We are looking forward to the discoveries and research prospects that 2008 will bring. Stay tuned to Acts & Facts and ICR’s website at icr.org for more updates.

More Everything Has a Cause

Physicist Receives Million-Pound Prize for Predicting a.,.
On March 16, 2009, the Templeton Foundation announced the winner of its annual 1 million pound sterling (1.42 million USD) prize, an amount that exceeds...
BY: JEFFREY P. TOMKINS, PH.D.

Shedding Toxins: A Surprising Role for "Industrial.,.
It seems obvious that when Britain’s trees were covered in black coal soot during the industrial revolution that the numbers of black-colored...
BY: RANDY J. GULIUZZA, P.E., M.D.