ICR employees visited the new Perot Museum of Nature and Science in downtown Dallas in late 2012. The big block-shaped building that The Dallas Morning News called "brash and breathtaking" had been under construction for several years.1 Its promoters advertised it as a place where visitors could receive strong doses of much-needed evolutionary teaching. 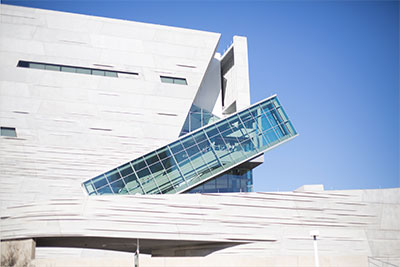 Secularists maintain that their doctrines are underrepresented in places where belief in young-world creation still has a foothold. The $185 million museum, named after the wealthy Perot family who underwrote much of the construction cost, is filled with a barrage of evolution-soaked displays.

Immediately after paying for entrance tickets, visitors ascend a giant escalator straight to the fourth floor. On the way up, a lone sign with no accompanying display or context reads, "The earth is 4.6 billion years old." Apparently, the exhibit architects and content directors took seriously their task of indoctrination. 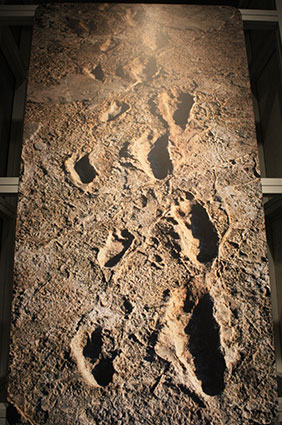 All four of the main museum floors represented evolutionary time with at least one visual or interactive display. Interesting facts and artifacts from Texas also featured prominently throughout the museum, but evolution and its overinflated timeline took the main stage.

As is often true with new museums, visitors to the Perot Museum are challenged to find anything but long-refuted arguments used to promote evolution. Among the debunked duds was a giant poster of the Laetoli footprints, complete with an artist's rendition of a completely fictional and strikingly naked ape-man family. The scientific reality about the prints found in in volcanic ash from Kenya is simply that people with fully human bare feet walked there during the post-Flood Ice Age.2

One wall, called "Evolution's Attic," described useless human body parts that are supposed to be evolutionary leftovers. Visitors can read about how the uselessness of the appendix confirms evolution. But amazingly, the last sentence admitted that the human body does use the appendix, a small sac that retains a cache of useful gut bacteria. The usefulness of the appendix is a function of its design, and design requires a designer.3 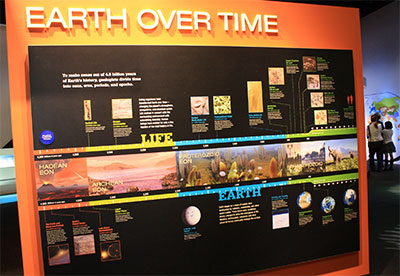 The Perot Museum is packed with whizz-bang displays, interactive exercises, and attention-grabbing effects. Some of them review legitimate science, but many of them merely promote evolution. Printed text is minimal, tailoring the experience to younger audiences. These tactics, combined with repetition of evolutionary dogma, is set to successfully indoctrinate hordes of young visitors.

It was sad to watch over 20 busloads of children pouring in through the museum's doors, knowing that they were about to hear and experience lies purveyed as truth. They certainly received the evolution message, regardless of its utter lack of support from laboratory science, historical science, or philosophy.4

Wouldn't it be excellent if an equally impressive museum existed in the region that displayed some of the most convincing and understandable scientific evidence for creation?