Faster than a speeding bullet. More powerful than a locomotive. Able to leap tall buildings in a single bound.

These are the tremendous feats—produced by the incredible traits—of the imaginary character Superman. But science writer Jon Copley lists astounding traits of a real-life creature that sound “like the résumé of a superhero.”1 This humble “superhero” known as a tardigrade may live in moss around your home, eats algae, is compact enough to stand on a pencil tip, and isn’t vulnerable to kryptonite. 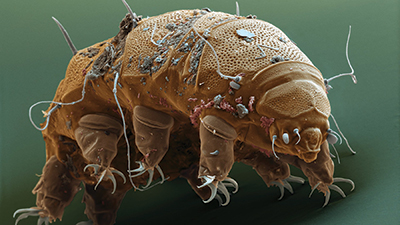 Tardigrades are the toughest creatures yet discovered. According to Copley, they have “steadfastly defied our attempts to define their limits.”1 One sample group spent 10 days in outer space with no oxygen. They were exposed to UV radiation 1,000 times greater than at Earth’s surface, but after they were retrieved they proceeded to reproduce normally.

It is an entity’s traits—not—its exposures, that determine its design success or failure.

Not only can tardigrades endure the vacuum of space, they can also withstand pressures six times greater than the deepest spot in the ocean. They can persist in nearly boiling water and at temperatures approaching absolute zero. They’ve been known to exist in a dehydrated state for over a century and return to normal activity when exposed to water.2 Copley remarks:

What the few biologists who study them have discovered, however, is that the secret of their survival is the ability to shut down their metabolism completely while maintaining their cellular structure….[They have] the ability to switch off all living processes and then start them up again.1

Clearly, if tardigrades, humans, and other creatures were all exposed to identical conditions, they would not respond in the same way. Each has some unique traits, features, or combinations of these that determine their capabilities. This inherent capacity is what explains different responses ranging from no effect to potential disease to possible death. Could this explanation support a theory of biological design whose basic premise is that biological functions are best explained by engineering principles? Yes, especially as it highlights two design principles that all engineers utilize:

To help clarify the application of this approach to biology, we’ll consider some examples of how designed traits contribute to successful performance. 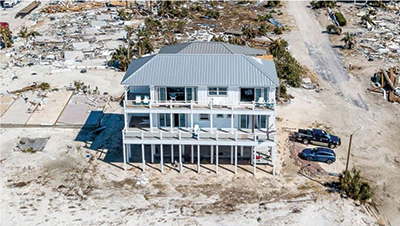 Mexico Beach, Florida, home built by Dr. Lebron Lackey with design specifications for materials and construction methods to withstand 250 mph winds. Did it survive in October 2018 because Hurricane Michael “selected for” one home and “selected against” the others? Of course not. As Dr. Lackey stated in an ABC News article, “We intended to build it to survive” (a point also emphasized in the article headline).4
Image credit: Copyright © 2018 ABC News. Used in accordance with federal copyright (fair use doctrine) law. Usage by ICR does not imply endorsement of copyright holders.

When Hurricane Michael blew through Mexico Beach, Florida, in October 2018, the homes in entire neighborhoods were flattened. But in one neighborhood, a single home surrounded by devastation was left virtually unscathed. A Fox News headline called it a “miracle home.”3 But miraculous explanations aren’t needed. The home was engineered with traits—design features—specifically intended to solve the problems associated with hurricanes.

On April 25, 2015, an extremely powerful earthquake occurred in Nepal. Tragically, over 9,000 people died. Many lived in the city of Kathmandu. Fortunately, not all buildings collapsed when exposed to the same geological forces. Some buildings had built-in features that withstood the challenges of the earthquake.

Engineers are rarely able to redesign external exposures. Conditions like wind, waves, and geology aren’t economically feasible to control. It is the traits and features designed into entities that are controllable. These can be engineered to solve a range of uncontrollable and uncertain challenges. These features, not the conditions, determine both whether a design is successful and if that engineered solution becomes dominant in a trade. 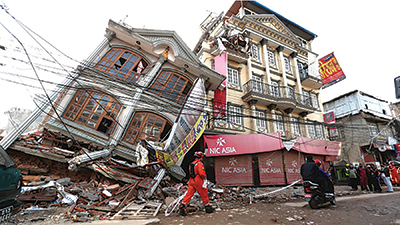 The response of two buildings in Nepal with differing design characteristics when exposed to the same geological forces from the April 25, 2015, earthquake. The building on the right was not “favored” by the earthquake, nor did it possess “selectable traits.” Solid engineering principles explain why it remained standing.
Image credit: Copyright © 2015 John Mees/CTV News. Used in accordance with federal copyright (fair use doctrine) law. Usage by ICR does not imply endorsement of copyright holders.

The engineers assess if they have correctly gauged the external challenges the designs were purposefully intended to solve. When failures happen, they focus more on an entity’s traits than its exposures. They search for possible poorly or under-designed traits and correct them—not the challenges.

Tardigrades and hurricane-resistant homes in Mexico Beach have traits that produce solutions that precede exposure to the problem. A precise explanation of how creatures actively track environmental changes should incorporate implications of the fact that an organism’s traits—not its exposures—determine its success. We will explore this further in the next article of the Engineered Adaptability series. 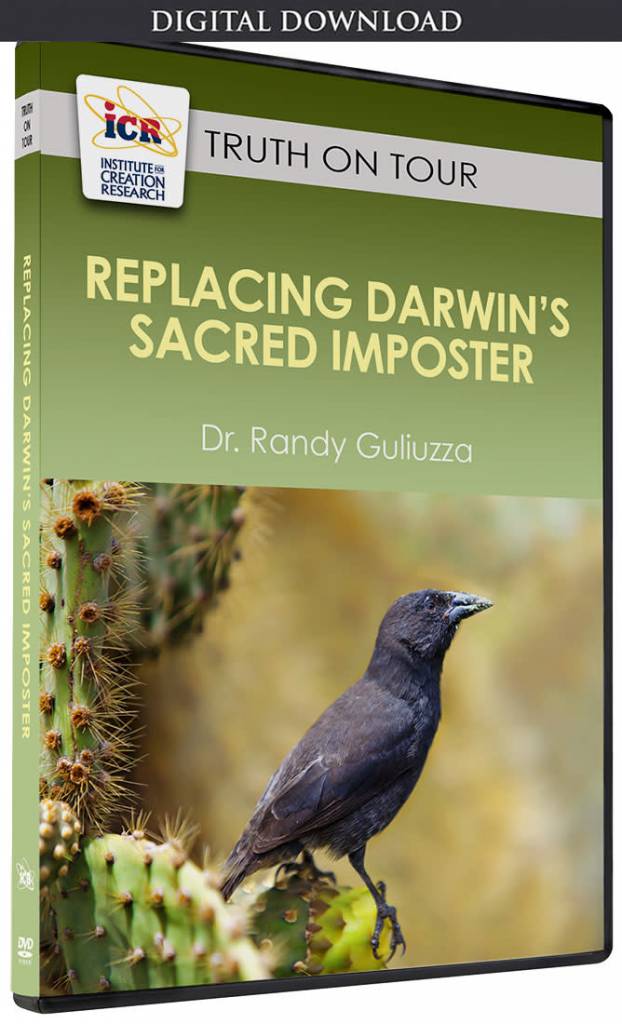