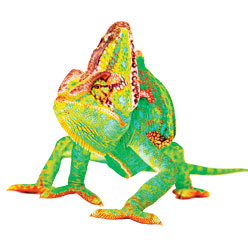 Does Darwin deserve all the homage he gets? After all, the idea of evolution didn’t originate with him. Others before him recognized that less “fit” animals die, and his book on human evolution, The Descent of Man, wasn’t groundbreaking either.

Yet, Darwin was a profound forerunner in a vital area of biological inquiry. He pioneered a way to conceptualize nature as the creative agent of change for organisms.1 Stephen Jay Gould’s The Structure of Evolutionary Theory is likely unmatched in chronicling the history of evolutionary intellectual discourse. He lauds Darwin’s trailblazing approach:

Darwin’s theory, in strong and revolutionary contrast, presents a first “externalist” account of evolution….Darwin overturned all previous traditions by thus granting the external environment a causal and controlling role in the direction of evolutionary change.2

Gould chose his words carefully, for he prefaced his conclusion by saying:

I proceed in this way for a principled reason, and not merely as a convenience. All major evolutionary theories before Darwin…[are] presenting a fundamentally “internalist” account, based upon intrinsic and predictable patterns set by the nature of living systems, for development or “unfolding” through time.2

What does Gould mean by “externalist” versus “internalist” accounts? It may be useful to let some of the most perceptive evolutionists speak in their own words on this issue. Listen carefully and learn how Darwin’s externalism credits nature for effects that are normally the result of intelligent agency. The evolutionists’ words make clear why we need a design-based theory of adaptability that uses engineering principles to explain the specified complexity and internal capacities that allow intelligently designed organisms to adapt to changing environments.

The answer to Darwin’s externalism is intelligent design.

According to Gould, a key observation needs to be explained:

Organisms are well designed for their immediate modes of life—and intricate adaptation implies an agent of design, either an intelligent creator who made organisms by fiat as an expression of his wisdom and benevolence, or a natural principle of evolution that yields such adjustment between organism and environment as a primary result of its operation.3

After evolution prevailed, debates centered on internal mechanisms versus external forces as the impetus for change. Early in his career, Gould discussed this debate:

What is the motor of organic change? More specifically, how are life and the earth related? Does the external environment and its alterations set the course of change, or does change arise from some independent and internal dynamic within organisms themselves?4

He categorized externalists as holding “that evolution proceeded when changes in the physical environment established selective pressures for new adaptation….I will refer to the belief in external control as environmentalist and to claims for an inherent cause of change as internalist.” Externalists, therefore, “identified the agent of change not within organisms themselves, but in a fluctuating external environment.”4

Synonyms for externalism are functionalism, selectionism, and adaptationism. Internalism, which holds that causality for biological function is internal, may also be called formalism, a category that includes structuralism.

The divide between these positions isn’t trivial. Gould notes that “the designation of one principle or the other as the causal foundation of biology virtually defines the position of any scientist towards the organic world and its causes of order,” which continues unabated since “this dichotomy continues to define a major issue in modern evolutionary debates.”5

For Darwin, the external world, the environment, acting on the organism was the cause of the form of organisms. The environment, the external world with its autonomous properties, was the subject and the organism was, again, the object acted upon….It is from this view of environment as the cause of organisms that the entire corpus of modern biology arises. We cannot appreciate fully the nature of the change in biology wrought by Mendel and Darwin unless we understand the historical importance of the objectification of the organism.6

The new dichotomy of organism and environment proved both useful and portable. By the 1890s, it was already operating as an essential framing device in scientific and philosophical arguments. In biology and psychology, the environment was seen as a causal agent, highlighting questions of organismic variation and plasticity.7

Externalists designate certain conditions as “selective pressures” they believe act upon trait variability conferred by genetic variability as a result of mutation. However, a prominent evolutionist perceptively characterized this non-quantifiable “pressure” and the “work” it is visualized as doing as “a metaphorical external agent.”9

Non-Darwinian biochemist Michael Denton explained how externalists see all traits as “the result of specific adaptations built additively by selection during the course of evolution, to serve particular functional ends, ends that are imposed by the environment and that are external to the organism itself.”10

The overarching premise that active environments mold passive “objectified” organisms—meaning that nature as a substitute intelligent agent can create the diversity of life—seems to elude most evolutionary biologists. In an exclamation turned to lament, Gould says:

I regard this passage [Darwin’s concluding paragraph in his chapter titled “Difficulties on Theory”] as among the most important and portentous in the entire Origin, for these words embody Darwin’s ultimate decision to construct a functionalist theory based on adaptation as primary….Yet this passage, which should be emblazoned into the consciousness of all evolutionary biologists, has rarely been acknowledged or quoted.11

People fixate on “no Designer needed” but don’t recognize how that assumption traces back to the profound shift in understanding organisms that Darwin initiated.

We should start by identifying specified information and irreducible complexity.

In contrast to the problem-solving capabilities engineers design into auto-adaptable man-made machines, externalism posits organisms as clay that is passively molded by the environment. Two researchers summarize Darwin’s externalism:

[Darwin] accepted the view that the environment directly instructs the organism how to vary, and he proposed a mechanism for inheriting those changes….The organism was like modeling clay, and remolding of the clay meant that each of the billions of little grains was free to move a little bit in any direction to generate new form….If an organism needed a wing, an opposable thumb, longer legs, webbed feet, or placental development, any of these would emerge under the proper selective conditions, with time.12

As a result, organisms are as passive as the matter that forms them: “Surprisingly, in spite of language like “struggle for existence”, for Darwin, organisms are far more passive and less tenacious in their grip on life; they simply vary—spontaneously. Natural selection does all the work of adapting populations of descendants to their changing circumstances” (Lenoir 1987, p. 27).13

Gould adds that biology frames causation within an “explanation that treats organisms as inert substances, buffeted by an external environment and reacting immediately to physical stress without any counteracting, intrinsic control or even temporary resistance….i.e., stimulus leads to immediate and passive response.”14

Environments Cause Arrival and Survival of the Fittest

Environmental factors such as temperature, diet, physical stress, the presence of predators, and crowding can generate a phenotype that is suited for that particular environment….Thus, in addition to helping decide the survival of the fittest, the environment is also important in formulating the arrival of the fittest.15

Building off of environment agency, he added, “The study of developmental plasticity points to something quite unexpected in evolutionary theory: that the environment not only selects variation, it helps construct variation,” which “has shown that the environment can instruct which phenotype can be produced from the genetic repertoire in the nucleus” and thus “the environment is giving instructive information as well as selective pressures.”15

Many new scientific discoveries, however, don’t seem to fit with externalism, which has resulted in vocal calls for reform. One reformer, Kevin Laland of the University of St. Andrews, describes the one- way thinking of externalistic causations in biology:

If correct, this form of evolutionary causation is unidirectional: it starts in the external environment (i.e., with selection) and ends with an adaptive change in the organism (i.e., with modified migratory behaviour). Unidirectional causation has historically been the default assumption within evolutionary biology.16

Denton agrees: “This is, of course, the currently prevailing and mainstream view. All Darwinists, and hence the great majority of evolutionary biologists, are functionalist by definition….The English-speaking world adhered to some version of functionalism for so long that it is inconceivable to most English-speaking biologists that living things might contain a significant degree of order that arises from basic internal physical constraints,” an idea “very alien” to them.17 Accordingly, Gould devoted a large section in Structure titled “Hardening” to describe this mental sclerosis.

Many new scientific discoveries, however, don’t seem to fit with externalism.

Aware of these anomalies, Lewontin says, “Darwin’s view of organisms as passive objects moulded by the external force of natural selection [has] become increasingly in contradiction with the known facts of developmental and population biology.” Yet, due to hardening, “these well-known facts seem, however, to have made no impact on evolutionary theorists who continue to speak [circularly] about selection for a character and about genes that are selected because they produce that character.”18

For example, recent findings show that many organisms detect changed conditions and self-adjust within their genome through epigenetic modifications. But hardened externalists interpret even these internal mechanisms as ultimately due to external causation, as one MIT professor illustrates:

Getting Past “Entangled Causations”

Discoveries of pervasive internal mechanisms within intrinsically adaptable organisms frustrate “hardened” evolutionists. Lewontin observes that when they try to shoehorn such mechanisms into Darwin’s externalistic ideas, they are “stalled by their attempt to use outdated concepts to confront a rich phenomenology to which these concepts clearly do not apply.” He concludes that “it is a tribute to the power of long-held ideology that the study of evolution continues to lean so heavily on an impoverished view of the relation between gene, environment, and organism.”20

The reflex explanation for ubiquitous internal mechanisms is that causality must obviously be both external and internal. But this view, per another reform advocate, is leading to “deeply entangled” causal explanations.21 Darwin had far more expertise than his disciples in intelligent design theory. He understood the illogic of “dual root” causes and, more importantly, that in a naturalistic worldview, final causality must trace back to nature.

Darwin hit his precise target by cleverly crediting nature with molding creatures even though the systems that produce variable traits, reproduction, and inheritance reside internally. If these functions of creature’s systems truly do correspond to those of human-engineered auto-adaptable entities, then, by definition, the engineering causality is internal. Relationships to anything external are enabled by internal systems.

The answer to Darwin’s externalism is intelligent design. We should start by identifying specified information and irreducible complexity,22 then utilize engineering principles and illuminate the full engineering causality of the auto-adaptability that yields incredibly active, problem-solving organisms. The rest of this article series will focus on that goal.