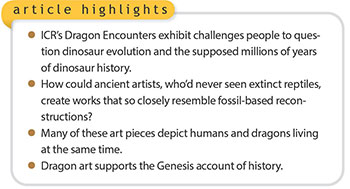 Of all the displays in the 30,000 square feet of the ICR Discovery Center for Science & Earth History in Dallas, the Dragon Encounters exhibit has become some visitors’ favorite. It shows ancient art depicting what look like extinct reptiles. This suggests our readers may also appreciate the ways these artifacts confirm the biblical creation position of world history.

The trustworthiness of the Bible’s history—and thus the very character of the Savior who its pages claim to be responsible for its words—lies at the heart of our faith and how we interpret Earth’s past.1 If the Bible’s account of an originally very good creation that began without death only thousands of years ago really happened, then evolution’s death for billions of years never happened. Dragon art has something to say about which version of history should stand.

What do we mean by “dragon art”? Our distant ancestors from around the world wrote descriptions; carved statues, figurines, and bas-reliefs; and drew and painted all kinds of terrifying reptiles. Just like modern dragon depictions, most of the historical material resembles no known creature and thus belongs to fiction. But rare instances do match known fossils.

Creation speaker and author Vance Nelson has vetted many dragon artifacts. One of the steps he uses to verify ancient art is to compare it with digital renders (an artist’s computer-generated images) based solely on fossil anatomy. Vance employs an evolutionary paleoartist who unwittingly ends up painting images that match the ancient art. I relied on Vance’s book Dire Dragons when helping design our Dragon Encounters wall.2 His book shows ancient images of dinosaur look-alikes, plus extinct reptiles that weren’t dinosaurs but whose remains were found in Triassic and even Permian settings. 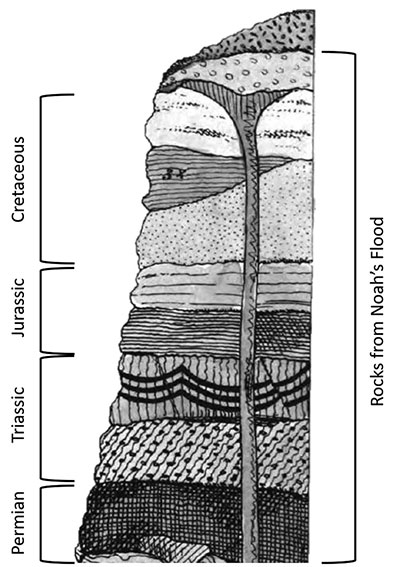 Secular researchers use specific animals found in a given rock to “date” that rock. What would it mean to find evidence of those same animals supposed to represent separate times alive together with our forefathers?

Ancient art shows other sauropods, or long-necked dinosaurs, which most often come from Jurassic layers. Another cathedral in the United Kingdom, this one in Carlisle far north of St Davids, has a small brass etching made in 1496 for Bishop Richard Bell’s tomb that shows what look like two sauropods. One of them has four tail spikes at the end of its long tail just like in fossils of Shunosaurus, which wasn’t found until 1989.4 This erases over 140 million “years.”

So far, this art shows dinosaurs, but the four Flood rock systems also have fossils of other extinct reptiles. The various nothosaurs (order Nothosauroidea) comprise one such category found in Triassic system strata. Their features suggest an amphibious lifestyle. Their teeth extended past their jaws, probably effective for catching fish. A medieval altarpiece in Barcelona shows a dragon with teeth, head shape, and body size and proportions that match Nothosaurus. How did these ancient artists depict such striking similarities? This erases over 210 million total “years.”

One scene shows a dragon that secular text analysts refer to as wholly fictitious. However, both the lizard-like European fossils of Protorosaurus and the book’s illumination look like a large dragon with slender toes of varying lengths. What are the odds that these details plus the jaw shapes and body sizes would match this closely just by chance? Mainstream scientists assign 256 million years to Protorosaurus fossils and its Permian strata. If it really went extinct that far back, then how is it possible for a medieval artist to have pictured it so accurately? Fossils of these reptiles were not described until the 18th century.

Taken together, these old depictions join others that threaten to collapse evolutionary age assignments. If Permian, Triassic, Jurassic, and Cretaceous reptiles lived at the same time, then they shouldn’t be used to represent separate ages. We need a different historical framework.

In Scripture’s account of Earth history, nothosaurs, sauropods, horses, and humans lived at the same time but likely in separate environments before the Flood of Noah. Two of every land-dwelling, air-breathing beast went into the Ark. Unless nothosaurs survived outside the Ark with the ancestors of today’s fishes, sea turtles, and other aquatic creatures, then two of them would have been on board, along with two young specimens of each sauropod kind. 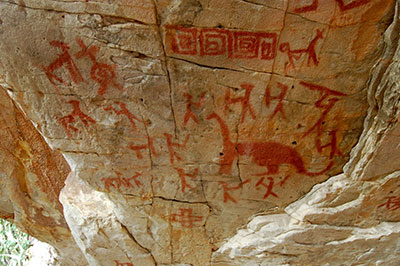 Peruvian sauropod
Image Credit: Quirino Olivera Núñez. Used in accordance with federal copyright (fair use doctrine) law. Usage by ICR does not imply endorsement of copyright holder.
If dinosaur and horse representatives both survived the Flood on the Ark, then why do horses still live today while the dragons went extinct? The ancient art itself offers a clue. Dragons became famous for being slain, possibly even with the Creator’s approval.5 Vance Nelson’s book Amazon Expedition details research conducted on an ancient Peruvian pictograph made thousands of years ago showing another sauropod look-alike.6

This scene includes armed natives surrounding this large, threatening dragon. Even to this day, humans who pioneer a new region often quickly remove the most threatening animals. A Bible-based history accommodates all the major observations, including rock strata with fossils from the Flood and later man-made artifacts that show some representatives of those fossilized creatures still alive after the Flood.

By affirming the history in the Bible through their dragon art and writings, our own ancestors perhaps unwittingly have pointed out the trustworthy character of the God who inspired the Bible. 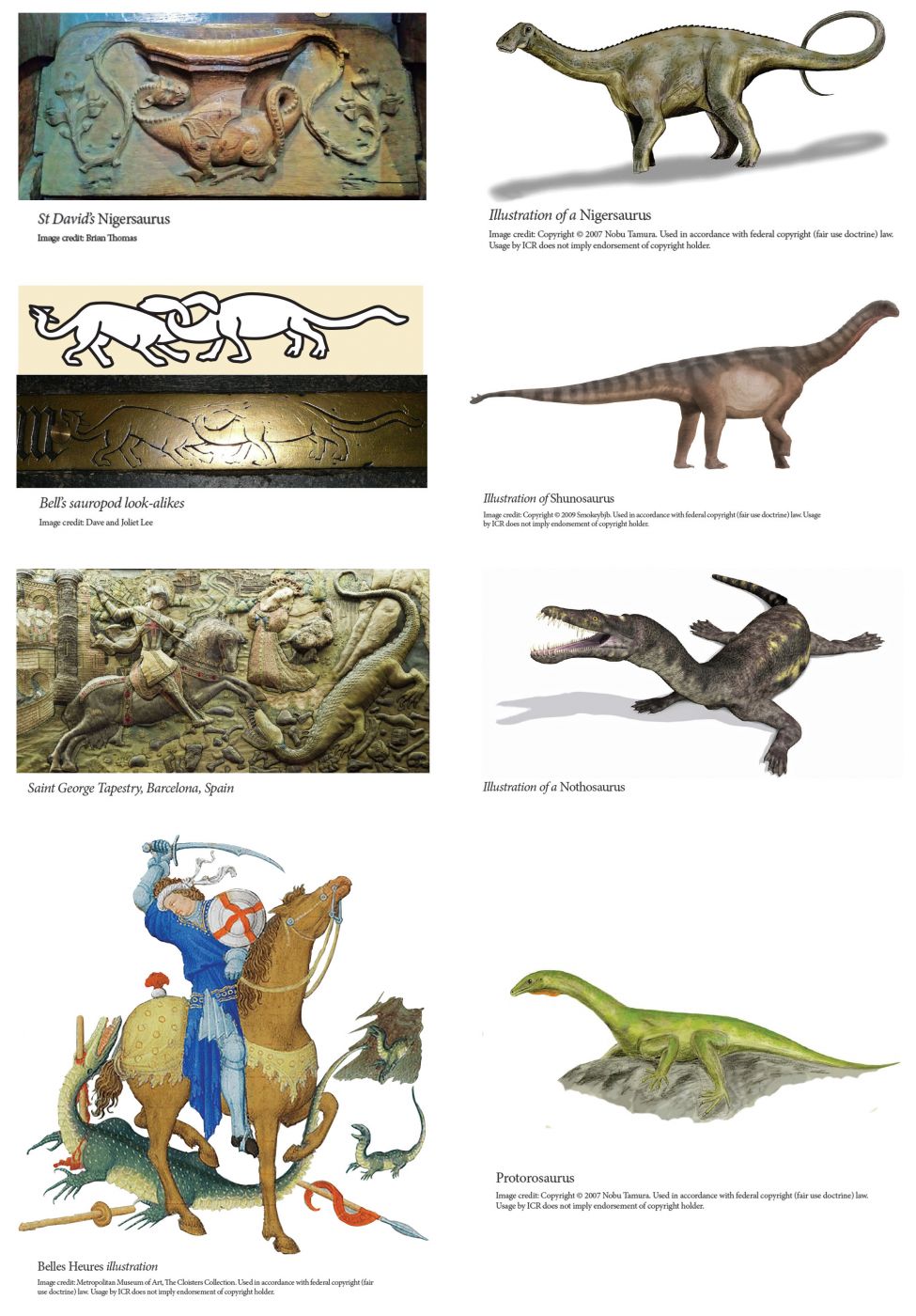