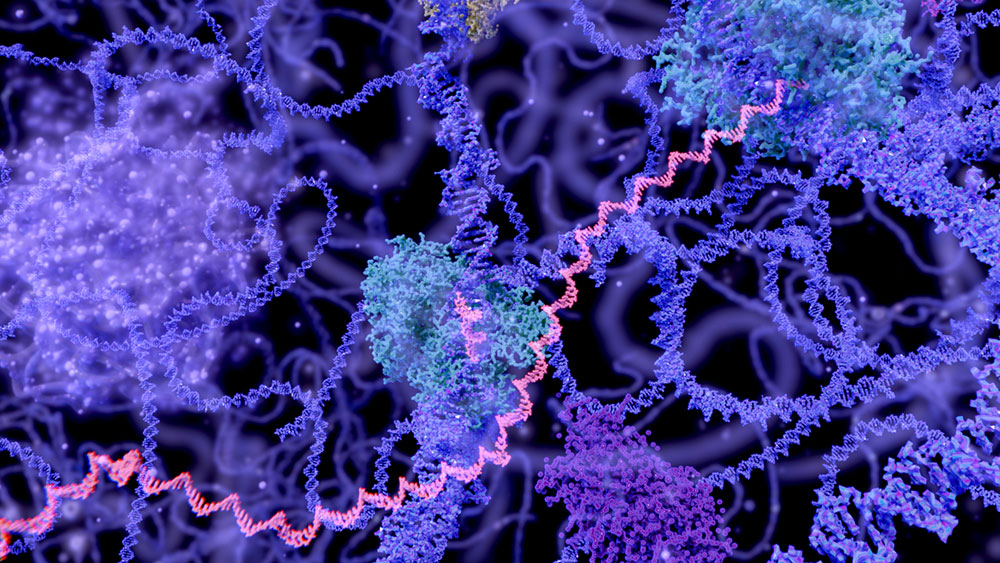 In the mid-1800s, a mild Augustinian friar named Gregor Mendel crossbred pea plants and pioneered the beginnings of understanding inherited traits. Genetics has come a long way since then.

Neither Mendel nor Charles Darwin knew anything about the incredible molecule of life, DNA. Today, papers are published daily in science journals describing new discoveries of DNA’s role as a regulator and repairman.

Scientists have known for decades that DNA can be damaged by too much sun (UV radiation) or exposure to harmful chemicals and carcinogens. Upon examination of damaged DNA, the researchers discovered that whole families of submicroscopic repair enzymes (tiny machines) were constantly restoring the damaged DNA.1 It has been estimated that as many as one million individual molecular lesions (trauma) of DNA occur per cell per day that need repair.2 Since we are designed with trillions of cells, you can imagine the sheer number of tiny repair enzymes hard at work in each person!

Now a U.S.C. Dornsife study reveals a molecule that “walks” damaged DNA to a kind of emergency room in the cell.3 Using florescent markers, scientists “saw how the cell launches an emergency response to repair broken DNA strands from a type of tightly-packed DNA, heterochromatin.” Heterochromatin are areas of the genome in which little is known due to their lack of protein-coding genes. However, researchers think that damage in some heterochromatin may possibly lead to cancer.

The study describes that after the strands of DNA are injured, tiny filaments of a protein called actin form, producing a road to the edge of the nucleus. This is what the myosin (the “paramedics”) use to travel along the actin road with the broken DNA. The “emergency room” is a complex pore at the nuclear edge. As Assistant Professor Irene Chiolo said, “What we think is happening here is that the damage triggers a defense mechanism that quickly builds the road, the actin filament, while also turning on an ambulance, the myosin.”3

In an interesting admission, the article stated that repetitious DNA sequences in heterochromatin were for several decades referred to as “junk DNA.” But with more research “studies have shown that repeated DNA sequences are in fact essential for many nuclear activities.”3