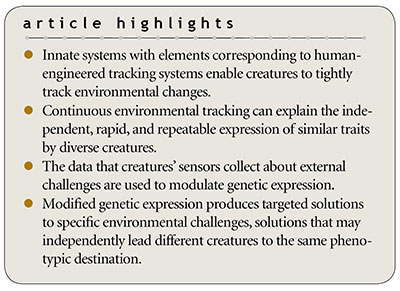 Diverse creatures have repeatedly been observed rapidly and independently converging on the same traits needed to solve similar environmental challenges. How extensive is this phenomenon? Harvard biologist Jonathan Losos said in 2017, “In recent years, scientists have identified convergence in almost any type of trait you might imagine.”1 Such widespread repeatable—indeed, predictable—expression of similar traits should make researchers question whether this outcome is due to chance.

The phenomenon suggests a testable hypothesis that these creatures share common programming that powers the production of specific traits suitable for certain conditions. The Institute for Creation Research is developing a model called continuous environmental tracking (CET) that can explain independent, rapid, and repeatable expression of similar traits. CET is a design-based, organism-focused framework. It theorizes that organisms use highly regulated innate mechanisms to continuously track environmental changes over time. Some mechanisms feature elements that correspond to systems humans have engineered to track moving targets, including sensors to detect changing conditions, if-then logical algorithms, and output responses in the form of suitably modified traits.2

We are developing a model called continuous environmental tracking (CET) that can explain independent, rapid, and repeatable expression of similar traits. 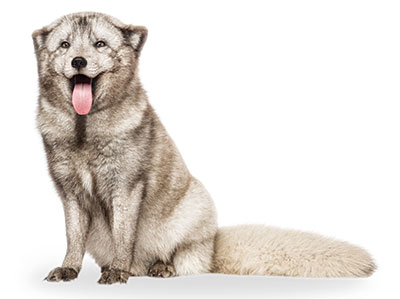 From a design standpoint, organisms must be self-adjustable to thrive in dynamic environments. We expect offspring to differ from their parents, but do we appreciate how dynamic organisms are within their lifetimes as they relate very closely with their environments? Barring abrupt, wholesale destruction of large populations or their habitats, individual creatures exhibit remarkable resilience to environmental changes by expressing highly suitable traits or ingeniously modified behaviors.

Creatures’ very tight condition-response specificity seems to operate with an intended purpose. How do evolutionists explain this? Since they prohibit intelligence-based causes, their literature regularly invokes mystical events acting like substitute intelligent agents as causes for outcomes that would normally be attributed to the agency of an intelligent designer. For instance, some claim that “the environment can instruct which phenotype can be produced from the genetic repertoire in the nucleus” because “the environment is giving instructive information as well as selective pressures.”3 Since scientific tests can neither quantify a selective pressure nor detect environments sending instructions or actually selecting one organism over another, the explanatory insertions that permeate evolutionary literature would be defined as mystical. Mystical acts depicting environments that exercise agency are essential to evolutionary theory, which holds that active environments mold organisms over time by externally imposing new physical forms on them through such agencies as selective pressures.4

But if organisms are products of intelligent engineering, then we would expect to see innate systems self-modifying an organism’s traits as a targeted response to detected conditions—and this is what we do see.5 Engineering principles can explain a creature’s resilience since it is both robust in maintaining its general characteristics and yet plastic in “flexing” phenotypically when facing environmental challenges.6 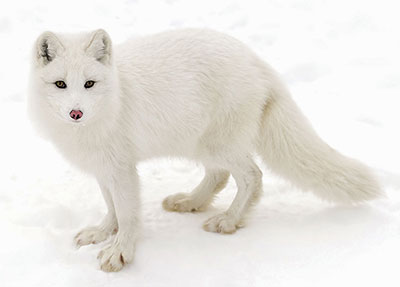 Phenotypic plasticity refers to organisms’ ability to express combinations of traits in response to varying exposures (temperature, moisture, chemicals, population size, etc.). How an arctic fox’s fur changes in the fall from gray-brown to white illustrates seasonal phenotypic plasticity. Two scientists highlighted phenotypic plasticity’s significance to adaptation and diversification by saying that the “environmental effects on trait morphology can be substantial, outweighing both genetic effects and reproductive advantages.”7 But environments do not directly effect trait morphology through mystical means like “sending instructions.” Searching through scientific studies and looking for design elements reveal that organisms self-adjust through innate mechanisms that correspond to human-engineered systems. In the organisms’ internal systems, sensors detect environmental changes and send data to if-then logic centers that regulate gene expression, resulting in targeted responses. A few examples will demonstrate the link between the detection of conditions and the resulting regulated gene expression.

Sensing Temperature and Converging on the Same Sex

For various reptiles including some lizards, snakes, turtles, and alligators, a single clutch of eggs may all converge on the same sex. The offspring’s sex is determined by a developmental program using data the growing embryos collect about incubating temperature during a temperature-sensitive period. All females develop at one temperature, all males at another, and a ratio of both sexes at temperatures in between. Ratios are further modulated by added data on sand moisture content.8 These data are used to regulate different ratios of gene products for sex-affecting hormones. The process is triggered by temperature sensors discovered in 2015 through “the first experimental demonstration of a link between a well-described thermo-sensory mechanism, TRPV4 channel, and its potential role in regulation of TSD [temperature-dependent sex determination] in vertebrates.”9

Research by geneticist Craig Albertson dealt with the link between the mechanical stresses a body detects and how genetic products are regulated to tailor adaptational responses such as bone deposition. In a study on cichlid fish larvae, he identified how vigorous mouth-gaping behavior during early development influenced the shape of the adult face and skull. Jaw movement affected “the mechanical environment in which bone develops,” and “this mechanical-load-induced shift in skeletal development is associated with differences in ptch1 expression, a gene previously implicated in mediating between-species differences in skeletal shape.”10

The University of Massachusetts Amherst interviewed Albertson about the significance of his research. He explained, “We now need to understand how bone cells sense and respond to their mechanical environment. What are the molecules that enable this mechano-sensing?”11 Noting that an organism’s ability to detect changing conditions during development can’t be minimized, Albertson said:

He added that by “manipulating the genetics of craniofacial bone development we can account for up to 20 percent of the variability, so it’s modest.” Yet, facial shape is affected almost as much by manipulating the mouth-gaping behavior to change the stresses cells detect. Hypothesizing about the function of this biomechanical-gene regulation linkage, UMass Amherst reported, “The idea is that when an animal population is exposed to a new environment, certain molecules will enable them to respond by conforming their bodies to meet new challenges.”11

How do the sighted river fish Astyanax mexicanas respond when they’re suddenly trapped in a cave environment? The answers illuminate the timing and mechanisms that produce blind cavefish. Caves have other distinguishing conditions besides darkness. Cave water’s ability to conduct electricity may have up to a fivefold decrease compared to surface streams. Research led by Nicolas Rohner found that fish embryos can detect levels of water conductivity, data that are then used by a multistep mechanism to modulate a stress-related protein called heat shock protein 90 (HSP90).12

HSP90 buffers latent, adaptable genetic variation (if present in the genome) and “unmasks” it in response to different exposures. Regulating HSP90 activity enables expression of innate variability in eye size ranging from normal to slightly decreased to absent within a single generation. River fish placed in lower conductivities during larval development displayed a 50% increase in eye and orbit size variation. Additional tests showed that de novo mutations did not cause these genetic variations for small eye size, and after being “unmasked” they seemed to remain expressed in offspring.

Scientists working with laboratory rats observed contrasting responses to stressful conditions that varied from normal to hyper-agitated.13 Yet, the rats all descended from the same inbred genome. This pointed to an epigenetic cause. Epigenetics refers to regulatory modifications of genetically unaltered chromosomes. This allows the selective activation of genes and thus rapid phenotypic flexing according to the demands facing the organism.6

Anxious female rats tend not to groom their pups, and thus the behavior extends across generations. In a Canadian study on human infants, researchers stated:

We report a particularly intriguing association between infant distress levels and epigenetic age deviation for those infants who experienced below average levels of contact…[and] we found initial support for the lasting biological embedding of postnatal contact at the level of DNAm. These results highlight the biological relevance of the experience of close and comforting contact critical to the formation of social bonds.14

Geneticist James Shapiro’s extensive literature reviews show that at least two-thirds of our genomes are estimated to be composed of dispersed mobile DNA. This “transposable” DNA is key to linking what he calls “life history events” to highly regulated rewiring of genomic networks as a creature’s response to changing conditions. He labels the entire process “natural genetic engineering.”15

Mobile DNA inserts in locations that do not appear to be random. Instead, it “inserts preferentially” or “show[s] targeting (called ‘P element homing’).” Rewiring can result in adaptive responses for such conditions as salt and drought tolerance in bentgrass, immunity against fungus in rice, or aphid resistance in Arabidopsis. Most acquired stress resistance in plants displays transgenerational inheritance. Shapiro has hypothesized that “the preceding observations lead to the plausible hypothesis that epigenetic regulation serves as a key interface between organismal life history and the agents that restructure genomic DNA.”15 However, he says:

While the evidence is increasingly abundant for effects of different life history events on epigenetic regulation in general, and on genome homeostasis in particular, it is far from clear how those effects occur. We know very little about the connections between cell sensors and epigenetic (re)formatting complexes.15

Possibly the reason why “we know very little” about cell sensors and epigenetic or other mechanisms is that researchers are not looking for them. Evolutionists who uncover adaptive traits that solve environmental challenges often simply invoke “selective pressure” as the cause. Others assert that the environment “gives instructions” to organisms. Mystical explanations like these derail evolutionary biologists’ understanding of the basic mechanistic elements that self-adjusting creatures need to relate to their environment—elements that the CET model predicts exist and, when searched for, are found.

Standard selectionism is gene-centric, holding that speciation happens when genetic variability is parsed out into populations founded by “winners” emerging from nature’s constant struggle to survive. Yet, these studies show a much-diminished role of raw genetic variability. Instead, a creature’s sensors gather data about external challenges. The data are then used to modulate genes to produce targeted solutions that enable the creature to continuously track changing environments. Even the above abbreviated description of these innate mechanisms reveals the far-surpassing engineering genius of the Lord Jesus Christ.