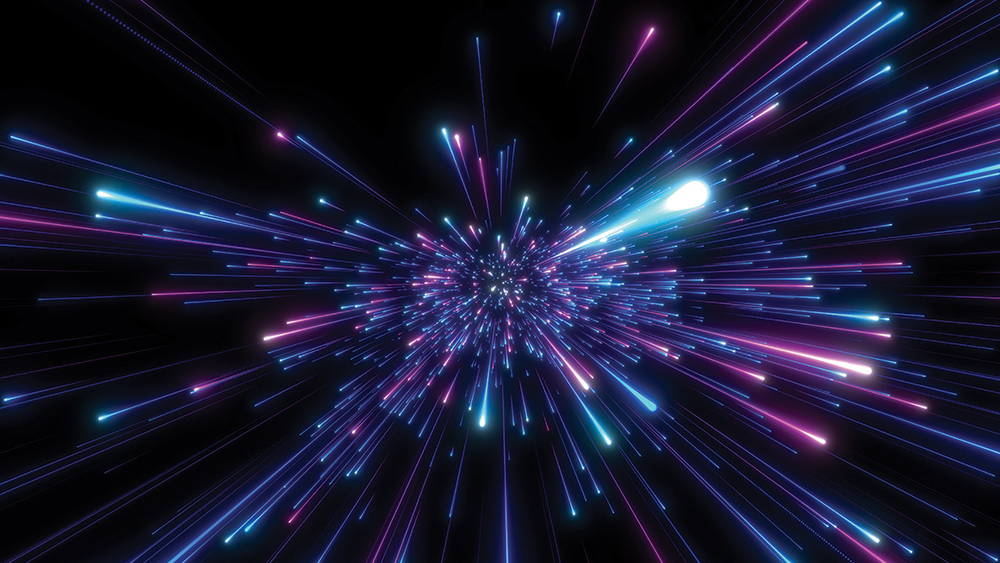 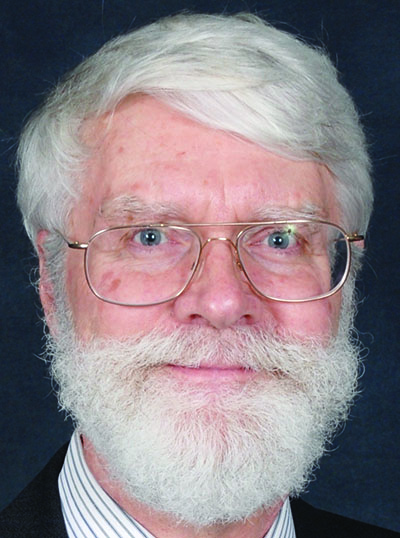 After I retired in 2008 from being an associate professor for the Institute for Creation Research, I moved to Chattanooga, Tennessee. From my home office there, I have continued to do independent research, writing, and speaking on various topics in creation science. In 2018, the Creation Research Society made me a Fellow, which I regard as a very great honor. A year later I retired from its board of directors, a victim of the very age limit I had voted for a decade earlier! I’m still an active member of the society, publishing in its technical journal and speaking at its annual conferences.

For the last few years, one of my research projects has been a third cosmology. I’ve never been fully satisfied with my first or second one,1,2 nor with any of the other creation cosmologies, because they all—including mine—weren’t sufficiently based on Scripture. But Genesis 1 contains three strong clues that for the first four ordinary-length days on Earth, the speed of light in the heavens was very high, while the speed of light on Earth was normal. One of the scientific consequences of this would be that during the fourth day on Earth, billions of years’ worth of events would take place in the heavens. I’ve spoken on this at several conferences,3 and a creationist journal plans to publish an article on it in December 2022.4

What I’m working on right now is an explanation for the great increase of carbon-14 in the earth’s atmosphere during the Ice Age after the Genesis Flood. The ratio of carbon-14 to ordinary carbon went from about a half-percent of today’s ratio right after the Flood (from fossils buried in the year of the Flood) up to almost today’s ratio by the time of Moses (from radiocarbon dates of historical artifacts). According to the chronology in the Hebrew text of the Bible, this drastic increase happened within a thousand years after the Flood. Fossils from the period of increase show evidence of its rapidity. 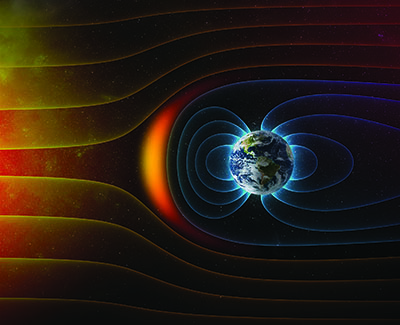 Because the source of carbon-14 today is high-energy cosmic rays hitting the earth’s upper atmosphere, the big increase seems to have been caused by a burst of cosmic rays roughly 10 times more frequent than today’s rate. My thought is that this was caused by a burst of solar activity (sunspots, solar flares, etc., without a great increase in luminosity), caused in turn by an increase of nuclear fusion reactions in the sun’s core. That would be caused by the same phenomenon that caused the great acceleration of nuclear decay rates during the year of the Genesis Flood, documented by the Radioisotopes and the Age of the Earth (RATE) research initiative funded by ICR and CRS.5 I hope to submit an article on the cosmic ray burst before the end of 2022.

In 2014, I published an idea I had been working on since September 1969, just a few months after Christ saved me out of atheism.6 The article presents scriptural and scientific evidence that gravity results from an acceleration of space (a physical material we don’t perceive) in a fourth spatial direction (which we usually don’t perceive). It’s a visualizable picture of what underlies Einstein’s general theory of relativity, and it solves five puzzles about that theory. It also offers a possible explanation for the cosmic microwave background radiation.

Also in 2014, I published another idea on something that had puzzled me for a long time—where do Precambrian rocks, conventionally dated between 4.5 and 0.5 billion years old, fit into the biblical timescale?7 From the magnetization of rocks that the Apollo astronauts brought back, I found good evidence that the Precambrian on the moon was between the biblical Fall and the Flood. From the data showing that the whole solar system suffered the same acceleration of nuclear decay that RATE showed happened on Earth, I reckoned that the Precambrian on Earth was also between the Fall and the Flood. That is, the Precambrian was the antediluvian age. The article also discussed various difficulties that people have imagined with that idea. Part of the solution to those puzzles was biblical and scientific evidence that land and sea reversed their roles during the Flood.

I’ve also worked on a number of other research projects over the past 14 years. They include:

1. How a biblical view restores reality to quantum mechanics.8
2. The location of Noah’s Ark.9
3. A mathematical critique of the “dynamo” theory of magnetic field origins and maintenance for the alleged billions of years.10
4. Following up on my Bible-based theory of magnetic field origins, especially new observations from the planet Mercury.11
5. A new explanation, both scientific and biblical, for the accelerated heat loss from the earth’s interior during the Genesis Flood.12
6. Writing a popular-level (i.e., readable) book with my co-author Mark De Spain summarizing all my articles on planetary magnetic field origins, polarity reversals, predictions, and present observations.13
7. Defending and developing my work on the helium diffusion project of RATE, including presenting new evidence on argon diffusion at the same geological site.14
8. Showing how magnetized limestone in Italy points to a young earth.15

A lot of this research has its roots in the seven years I worked for ICR, as well as in the 22 years I worked for Sandia National Laboratories and the six years at the General Electric High Voltage Laboratory. On each job, God gave me invaluable, often hands-on knowledge of many different areas of science.

But working with fellow creation scientists, both with RATE and ICR, was the most joyous and rewarding part of those experiences. I hope that these research results will help believers give glory to God, as I do.