Who among all these [God's creatures] does not know That the HAND OF THE LORD has done this, In whose HAND is the life of every living thing, And the breath of all mankind? Job 12:9,10, NKJV

Few realize that the early Chinese (c. 2200 B.C.) worshiped a Creator-God, the Heavenly Ruler. Fewer still have appreciated the "second Genesis" which their ingenious ancient character writing contains. 1 The 4,000-year-old Imperial Sacrifice ceremony observed annually by China's reigning emperors attests to their original post-deluge patriarchal connections. 2 A word-of-mouth knowledge of God (even the Trinity), the Creation, Garden of Eden, and Fall of man, could have come to them from Adam via Lamech, Noah's father; and Noah's son, Shem, the probable Chinese progenitor.

A study of the oldest known Chinese scripts, the bronzeware and oracle bone writing, supports the concept of their detailed knowledge of the antediluvian world. These early written forms are more pictographic (picture writing) than today's surviving "shorthand" transcriptions. The most primitive and basic characters, called "radicals," serve as the "ABC's" of the writing. When radicals are combined, they form one type of a more complex character, called the "ideograph," which relates a story or concept. 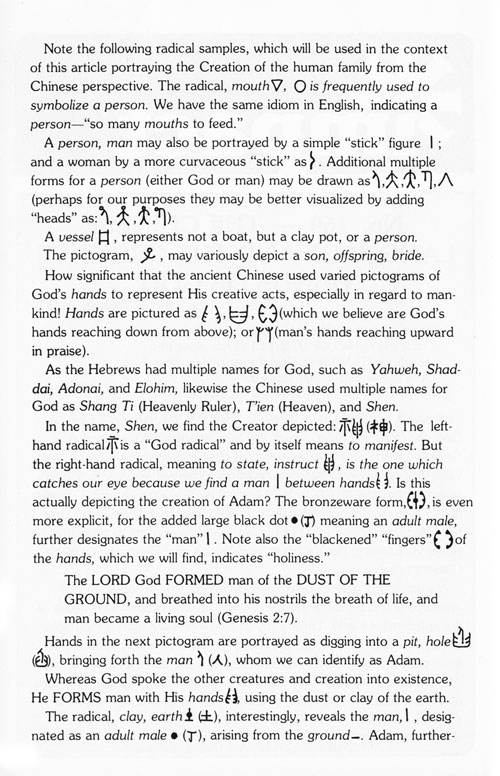 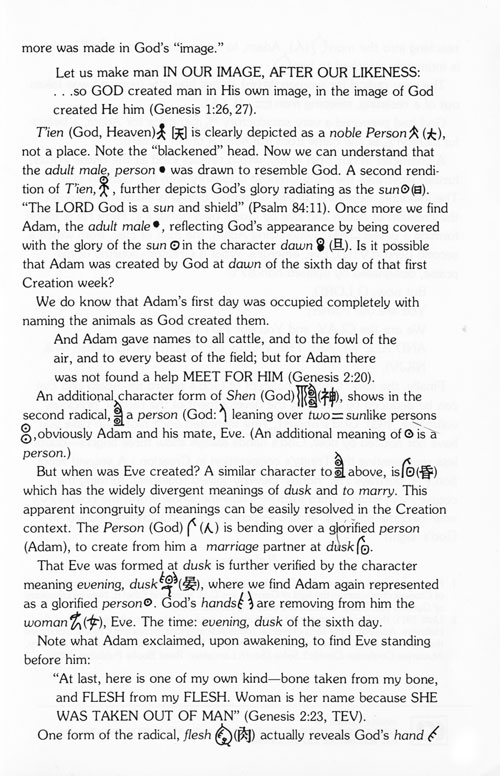 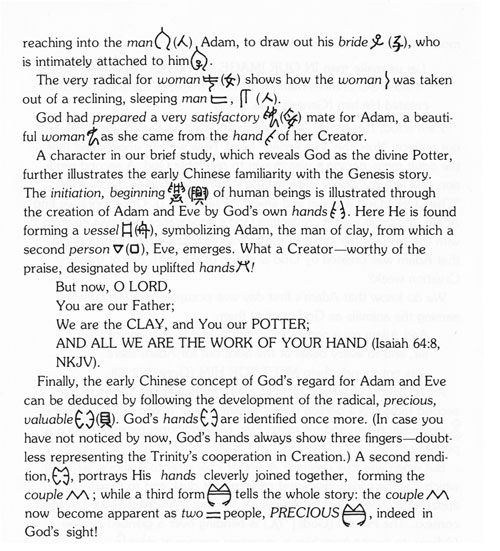 * Dr. Nelson is a physician in Dunlap, Tennessee.