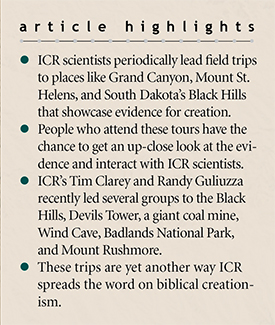 The first trip went to the coal mines near Gillette, Wyoming, and then on to Devils Tower. Both are located in the Powder River Basin about two hours west of Rapid City. These coal beds are found within Lower Cenozoic rock layers. They contain the largest reserves of low-sulfur subbituminous (black lignite) coal in the world. Roughly 42% of the present coal production in the U.S. comes from the Powder River Basin.1 At least six or more coal beds in the basin exceed 100 feet in thickness, and some individual beds have been shown to extend for over 75 miles.2 Some of these coal beds are more than 200 feet thick in places, such as the Big George coal layer.1 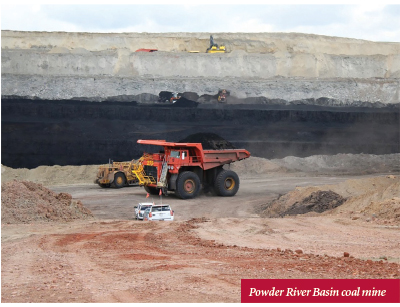 These vast coal seams were deposited during the Flood as the floodwaters receded, trapping massive amounts of plant-rich debris in mats between sediments in the subsiding basins. Trees like the Metasequoia that grew at higher pre-Flood elevations were torn loose and transported late in the Flood year, becoming the extensive coal beds of the Cretaceous and Paleogene Systems in the Powder River Basin of Wyoming and Montana. For coal to form, plant material must be transported and buried before it decays. This process needs to happen quickly, and the Genesis Flood provided the mechanism.

Devils Tower is another unique geological feature. It’s composed of an unusual magma chemistry that was emplaced at about the same time the Black Hills formed in the Early Cenozoic as the floodwaters receded. This highly fractured monolith rises over 1,000 feet above the surrounding sedimentary units it intruded through. Geologists call the observed fracture pattern columnar jointing since it formed long hexagon-shaped columns during cooling. The columns are crumbling at a relatively rapid rate and show only thousands of years of erosion.

On the way back to Rapid City, we stopped off at private land south of Devils Tower and discovered several dinosaur bone fragments within an outcrop of the Jurassic Morrison Formation. It is the first known discovery of Jurassic dinosaurs in that vicinity. The bones could be part of a large bone field, and some ICR staffers want to return for a more extensive dig.

Our second day took us to Badlands National Park, about 90 miles east of Rapid City. Here participants observed middle Cenozoic sediment shed from the top of the Black Hills. These picturesque layers were deposited as the floodwaters continued to retreat, entombing many large mammals that were washed off the tops of the highest pre-Flood locations.

The third day included a tour of Wind Cave National Park along the south flank of the Black Hills. This enormous cave system also developed late in the Flood as massive volumes of acid-laden water drained through fractures, dissolving passages in the uplifted limestone beds. The fractures were created while the Black Hills and the rest of the Rocky Mountains were being thrust upward in the Early Cenozoic. Wind Cave is within the same limestone Flood layer that extends all the way to Grand Canyon, about 1,000 miles to the southwest (a Redwall equivalent).

Finally, we viewed Mount Rushmore and explained its geological origin in light of the creation week and the Flood. The faces of four U.S. presidents were carved in the Harney Peak Granite, which was likely a remnant of crust formed on Day 3 of the creation week as God spoke the dry land into existence (Genesis 1:9). Much of the surrounding crystalline rock is composed of a highly metamorphosed schist (a type of rock changed by heat and pressure) with a well-developed layering called a foliation. This rock unit was likely squeezed and cooked in the chaos of the Flood and subsequent uplift of the Black Hills.

Overall, the three-day field trips showcased creation week rocks, Flood-deposited layers, and many erosional and depositional units that formed during the receding phase of the Flood. The Black Hills conference then continued with two full days of presentations by Drs. Guliuzza and Clarey, and Dr. Kevin Horton of the Institute for Biblical Authority. We hope you can join us for future conferences and trips. 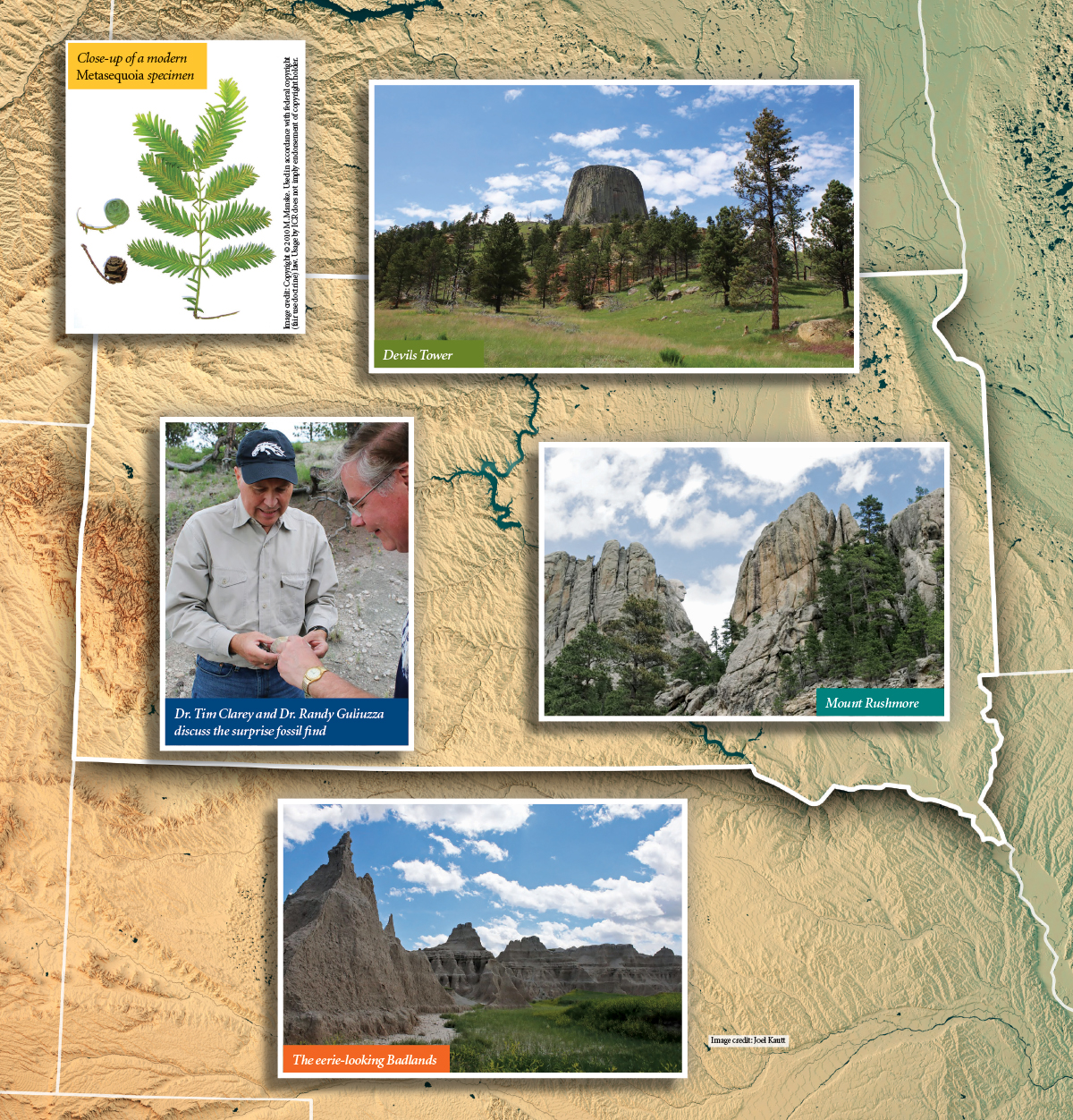