And the things that you have heard from me among many witnesses, commit these to faithful men who will be able to teach others also. (2 Timothy 2:2) 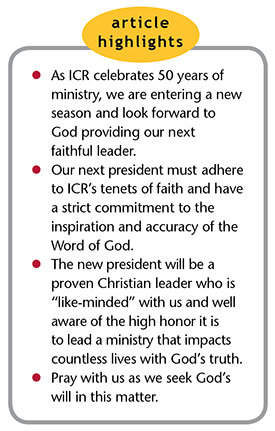 This year, the Institute for Creation Research celebrates its 50th anniversary. God has shown Himself faithful over and over again, always providing sufficient resources and answering our repeated prayers for wisdom as He has led from our early days with Christian Heritage College. ICR founder Dr. Henry M. Morris served from inception until the leadership was turned over to his son, Dr. John Morris, who later retired. In January 2007 I was asked to assume the role of CEO, move the organization to Dallas, and hire a new generation of scientists and support staff who could form the core of the ministry for the foreseeable future. 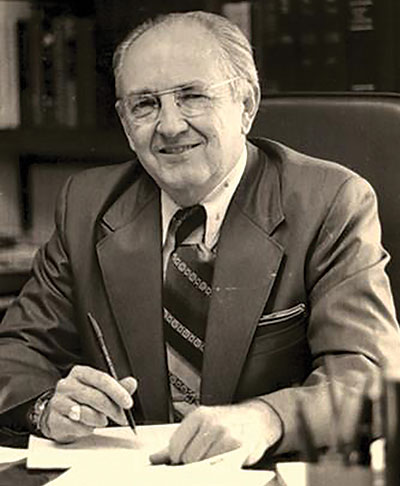 As the Lord directed, supplied, and encouraged us, ICR grew rapidly in Dallas, and it wasn’t long before we were able to purchase a small campus and acquire adjacent property. The years seemed to rush by during our first decade in Dallas, and the vision for a museum began to materialize. By that time I was in my early 70s, and the Board of Trustees and I began to discuss when and how to provide for a smooth succession to a new leader for ICR. But with the start of the capital project that has resulted in the ICR Discovery Center for Science & Earth History, all of us felt it would be best if that effort were completed before I passed the torch to new leadership.

Our gracious Lord has enabled me to oversee the ministry during these very intense years, and with the help of ICR directors, the careful and meticulous contributions from the scientists, and the constant encouragement of the staff, we were able to accomplish that major project, opening on September 2, 2019. Once the Discovery Center was operational and beginning to prove its viability, the decision was made to begin a formal search for a new president. The Board wanted to conduct the search while I am still working full-time so the decision won’t be rushed. In this way, the Board can ensure that the vision, passion, and commitment to the Scriptures remain at ICR’s core as they have since its beginning. 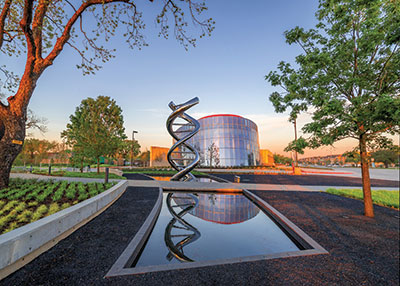 The role of ICR’s president must assure the long-term alignment of the entire organization with ICR’s Principles of Scientific Creationism and Biblical Creationism (ICR.org/tenets) that have served as the operational criteria for all ICR mission and ministry throughout its 50-year history. During the recent Board meeting that initiated the search, there was unanimous agreement that an absolute and unwavering commitment to the tenets was required from whomever might be identified to lead ICR. Simply put, an absolute commitment to the accuracy and authority of Scripture is nonnegotiable. Our research staff does not engage in tasks that are merely scientifically intriguing; instead, their research must be focused on finding empirical facts that demonstrate the authority and accuracy of the Scriptures—particularly the first 11 chapters of the book of Genesis. 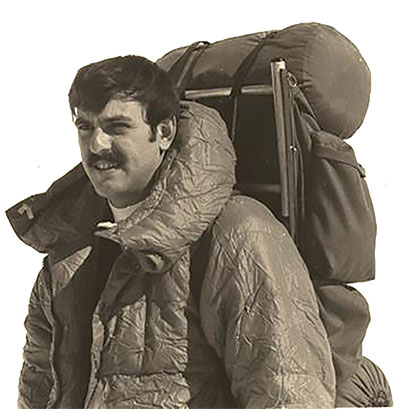 For Acts & Facts readers who are not familiar with ICR’s tenets, the wording on the integrity of Scripture cited in the tenets is given below. All officers and directors of ICR must agree with and sign these tenets annually.

The Bible, consisting of the 39 canonical books of the Old Testament and the 27 canonical books of the New Testament, is the divinely inspired revelation of the Creator to man. Its unique, plenary, verbal inspiration guarantees that these writings, as originally and miraculously given, are infallible and completely authoritative on all matters with which they deal, free from error of any sort, scientific and historical as well as moral and theological.

Biblical Criteria for a Godly Leader

With the requirement of an absolute commitment to the authority and accuracy of the Scriptures as a foundation, it becomes necessary that the search for a new leader begins with a good understanding of what the Bible describes as a sound leader. Although several such examples offer valid insights, the instructions to Joshua, who succeeded Moses, and the criteria for New Testament leaders serve as exemplary bookends. 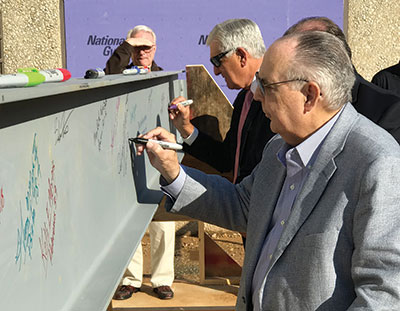 When Joshua assumed his role, it was after he had already been trained and identified as the successor by the Lord. “Moses did as the LORD commanded him. He took Joshua and set him before Eleazar the priest and before all the congregation. And he laid his hands on him and inaugurated him, just as the LORD commanded by the hand of Moses” (Numbers 27:22-23). When Moses died, Joshua was well trained and was faithful to carry on the work without faltering.

Moses had begun his leadership with a goal to bring the people into the new land they were promised. He spent his last 40 years trying to prepare a people to advance into the new land, but that first generation refused to trust the Lord. Joshua kept the vison alive during the years of wandering, and when they were finished began immediately to advance into the land (Joshua 1:2-4). Joshua acted on the commitment that he had to follow the Lord early on, and took the leadership with confidence—in spite of those who had thwarted the efforts of Moses to bring about the fulfilment of God’s promise.

That is one of the main reasons why the New Testament insists that those choosing a new leader must never select one who is “a novice, lest being puffed up with pride he fall into the same condemnation as the devil” (1 Timothy 3:6).

When Joshua stepped into the leadership role, the initial challenge for him was to boldly keep his life and reputation under the demands of Scriptures. God does not prosper one who consciously rejects His Word, nor will He lead one who fails to study His Word. 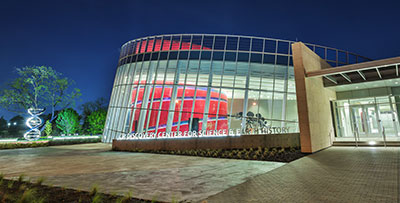 In Paul’s second letter to Timothy, he provided an excellent overview of what is expected of a godly leader. Whomever ICR ultimately selects as the president to succeed me, that person must meet the criteria listed in 2 Timothy 2:14-26 above all else.

The Institute for Creation Research has structured its operational focus around the Bible passage located in 2 Timothy 2:2: “And the things that you have heard from me among many witnesses, commit these to faithful men who will be able to teach others also.” From ICR’s earliest days, our hiring efforts have been to seek employees around whom we can build on the biblical ideal expressed in Philippians 2:20: Individuals who are “like-minded, who will sincerely care for your state.” 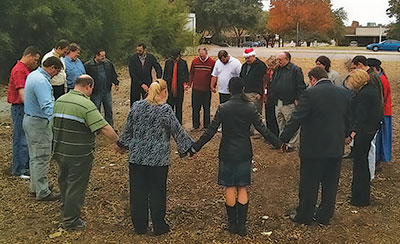 ICR staffers pray over the site of the future Discovery Center

Our science staff and senior leadership have come to ICR after much prayer and heart searching. Our daily devotional time with the entire staff has set the tone for the ministry each morning. Often those who lead the prayer and devotional time remind us how much of a privilege it is for us to serve in a Kingdom ministry, knowing that our labor is focused on eternal works and not merely on a job that provides an income.

Therefore, it’s paramount that the one whom the Lord will bring to ICR be “like-minded” and aware of the high honor granted to lead a ministry of dedicated brothers and sisters that is impacting hundreds of thousands of lives. Please join us in prayer as this search gets underway. The ICR Board members are united in their commitment to install as president one who will build on the vision of the founder and the work of the two Morris leaders who followed him.

Undergirding that commitment is the absolute desire to submit to the Word of God as we search, praying continually that God will unite our minds around His designated successor, and anticipating that the future ministry will enable ICR to “enlarge the place of your tent, and let them stretch out the curtains of your dwellings; do not spare; lengthen your cords, and strengthen your stakes” (Isaiah 54:2).

* Dr. Morris is Chief Executive Officer of the Institute for Creation Research. He holds four earned degrees, including a D.Min. from Luther Rice Seminary and a MBA from Pepperdine University.