“I will go down now, and see whether they have done altogether according to the cry of it, which is come unto me; and if not, I will know. And the men turned their faces from thence, and went toward Sodom: but Abraham stood yet before the LORD.” (Genesis 18:21-22)

Three “men” stood before Abraham’s tent, two of whom were later revealed to be angels (Genesis 18:2; 19:1). One of them, however, was none other than the Creator Himself (as the visible Word of God), who told Abraham of the beginning of the fulfillment of His earlier promise of a son (Genesis 18:10, 14).

As the Lord reiterated the promise (now nearly 25 years dormant), the confrontation with Sarah began (Genesis 18:9- 15). She “laughs” at the repeated promise, citing her old and “worn out” body as an excuse. Most noteworthy here is the immediate response of God: “Is anything too hard for the LORD?” (Genesis 18:14). Although Sarah mocked the Lord’s promise, Abraham reacted with the laughter of joy and anticipation. His faith was now firm and confident (Genesis 18:16-22).

As God told him of His immediate plan to judge Sodom and Gomorrah, Abraham began his intercession on behalf of any righteous residents there (Genesis 18:23-32). Yet, even though the Lord yielded each time to Abraham’s limiting request, it was clear that the wickedness of those cities would come under the righteous judgment of a holy God.

Abraham “returned unto his place” (Genesis 18:33), knowing that while he had prayed for God’s grace, he was satisfied that God’s judgment was “righteous altogether” (Psalm 19:9). The contrast of attitude toward God’s Word is on display in this section of Scripture. “Know ye that the LORD he is God: it is he that hath made us, and not we ourselves” (Psalm 100:3). HMM III 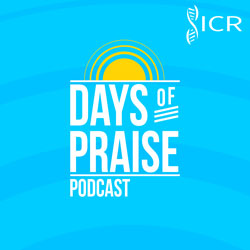