10,000 Unlocking the Mysteries of Genesis DVD Sets Sold . . . and Counting | The Institute for Creation Research
Skip to main content 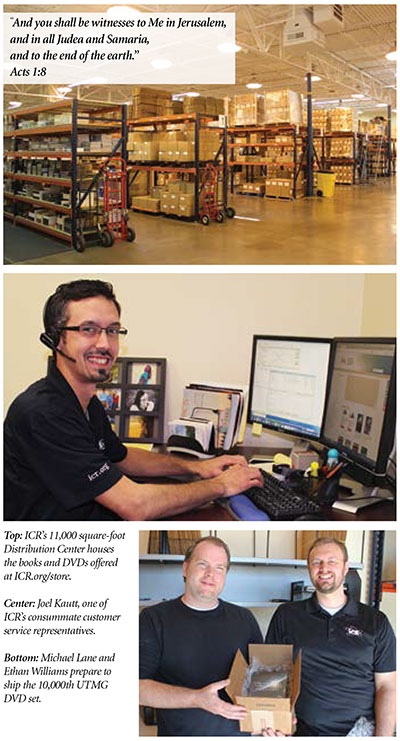 Since ICR’s 12-DVD series Unlocking the Mysteries of Genesis (UTMG) first hit our store last May, God has used it beyond our expectations. We have received countless letters of thanks and appreciation, and pastors and small-group leaders continue to rave about its positive impact on their members. The first shipment is sold out now, and our second edition has arrived.

The new edition contains English closed captions and subtitles in Spanish, Chinese, and Korean (as well as English) to help launch the creation message beyond the English-speaking community.

In the United States, over 60 million people speak a language other than English at home. Nearly 40 million speak Spanish, almost 3 million speak Chinese, and well over a million speak Korean.1 In the entire world, Chinese accounts for over 1.2 billion native speakers, Spanish for 330 million, and Korean for 77 million—a total of over 1.6 billion people.2 Not only do the subtitles for UTMG allow us to reach over one and a half billion more people, but creation science itself is making strong headway in Asian countries, with the Korea Association for Creation Research being the largest creation science organization in the world. Now they can watch Unlocking the Mysteries of Genesis in their own language.

ICR is in the process of developing another exciting DVD series, Made in His Image.3 With the same stunning cinematography, animation, and high-budget production as UTMG, this new series will further confirm and spread the message of the truth of God’s Word. Watch for updates in the coming months.