Made in His Image: Beauty in Motion | The Institute for Creation Research
Skip to main content 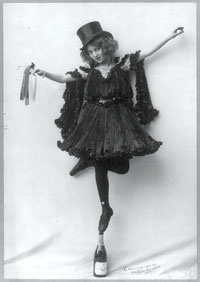 Humans possess a phenomenal ability to roll, twist, spin, jump, twirl, flip, run, leap, and lunge, as a single motion or in complex combinations, in bare feet or with slippers, shoes, skates, skis, boards or rollers, forwards or backwards, on one leg or with two, or simply to balance motionless on one arm or tiptoe on the top of a champagne bottle. Ballerinas, gymnasts, and ice skaters depend on their bodies' ability to not only balance, but also to sense speed of rotation and body position, and then make just the right body adjustments. How does all of this work together?

Just like man-made control systems, the first step to controlling a body is to sense what is happening to it. Two important sensors detect inertia and momentum. Inertia is the property of objects to resist being moved. It takes a certain amount of force to move an object from a dead stop, or to make it move faster or slower. More force is needed to accelerate a rock than a feather. When an object is already moving, momentum is the property that operates to keep it moving. A moving rock has more momentum than a feather at the same speed.

Sensors in the inner ear detect inertia and momentum linked with straight-line accelerations. These maculae have many parts, but three interdependent components, stacked like a sandwich, are key. Attached to the skull is the base component--a patch of support cells surrounding rows of specialized "hair cells," which generate electrochemical impulses. The hair cell has four very short hair-like projections on top that regulate how fast the signals are sent according to which direction the hairs are bent.

The middle layer is a gelatin-like substance. The hairs from below stick up and are embedded in the gelatin. The top layer is, amazingly, a mat of hundreds of tiny rock crystals or otoliths (literally "ear stones") made of the same material as limestone. It is like having a plate containing a block of gelatin with a heavier plate on top. A quick push on the bottom plate causes the gelatin to flex until the top plate matches the same speed as the bottom plate.

In maculae, head movements cause the rock layer on the gelatin to "jiggle" in relation to the base. The distance it moves is smaller than a hair's width, but that tiny motion is still detected. Using heavy rock material for the top is a brilliant choice, since it ensures that even slight accelerations generate a force strong enough to be identified. Remarkably, these components are bundled in a package about the size of a grain of rice. The body has two sensors--suitably oriented with one perpendicular and one parallel to the earth's gravitational pull--located on each side of the head.

So how do they work? With forward movement, inertia momentarily holds the rock layer still and the gelatin allows the base to slide forward in relation to the rock layer, for a time as short as 1/1000 of a second, until the rock layer catches up. The gelatin and hair cell projections flex backward, sending faster signals to the brain. When movement stops, the rock layer's momentum carries it forward, the hair projections are bent forward, decreasing the signals sent. The other sensor works similarly when the body is moved up and down in an elevator. This design alerts a person only when changes to speed happen and does not constantly annoy a person with alerts when speed is steady--which is the exact information people need.

Rotating movements on an axis (rolls, spins, or cartwheels) are detected by another inner ear sensor called semicircular canals. This sensor uses three tiny round tubes formed directly in the skull--the optimal shape for detecting rotary motion. Their orientation allows rotations in any possible axis to be detected. An inner membrane covering produces a fluid called endolymph, which completely fills the inside. Since it is a fluid, it will slip relative to the bony tube when rotation starts, but quickly attains the same speed if rotation continues.

Motion detectors protrude into the endolymph. They are composed of hair cells with hair-like projections embedded in a mobile gelatin-like mass called a cupula. When a body spins one direction, inertia momentarily holds the endolymph still, which deflects the cupula in the opposite direction until the endolymph catches up. Bending the hair cell projections one way sends faster signals to the brain. When the spin stops, the endolymph's momentum carries it past the now stopped cupula, and the cupula deflects the opposite way, decreasing the signals sent. Extremely sensitive, each round tube can detect rotary accelerations as low as 0.1 degree/second2.

Sensing Head and Other Muscle Movement

This description of these receptors is very simplistic, but they are actually complex mechanical-electrical devices with housings formed right into a baby's skull as it develops in the womb. But even these are not enough. Visual input--not just what the eyes see but also where they are aimed--is sensed and that huge volume of data is sent to the brain.

Thousands of sensors in skeletal muscles monitoring the sum of internal forces and rates of contraction also send data. Sensors in tendons send data on even the slightest changes in tension between muscle and bone. Even internal pressures of fluids in capsules surrounding major joints like the knee joint are checked. To give an idea of the enormous quantity of data reaching the brain, the signal rate from just the maculae monitoring only linear motion while at rest is about two million impulses per second. Now add signals from all of the thousands of other sensors and include the signal rate changes due to motion!

The part of the brain managing much of this data and turning it into information is the cerebellum. It contributes only 10 percent of brain mass but contains nearly 50 percent of the neurons in the brain. Why? Because the data it manipulates in just one second would either fry the world's best supercomputer at the same speed or take years to process at normal speeds.

Think of a gymnast learning a vault. Huge arrays of information are compared, analyzed, and adjusted at blindingly fast speeds. Data from all sensors as well as data from the eyes are continuously compared to each other. This voluminous data array is compared to memory patterns, learned and innate, stored in the brain to correctly identify the actions happening to the body. This comparison is equivalent to solving hundreds of complex mathematical equations.

The information is then compared to another vast array sent from the motion planning part of the brain in order to fine-tune plans for dozens of muscle movements simultaneously. Then as the body executes the motion, feedback from motion and muscle sensors is rapidly and constantly compared to the plan and any deviations are corrected until the vault ends. Contrast that to robot designers who celebrate for just getting a robot to walk on level ground--now let it respond to a stiff gust of wind.

It is clear that there is no such thing as an isolated "balance system." The body uses all of its systems to balance and, in the process, ingeniously exploits properties of nature such as inertia, momentum, and gravity. In this area, humans are unmatched. No human-engineered device can come close. Even strong and nimble animals can't compare. The ability for humans to spin, flip, etc., may confer some supposed survival value. However, when considering the graceful yet powerful performance of an ice skater or gymnast, a better explanation is that humans share a certain attribute with their Creator, the Lord Jesus Christ--an appreciation for beauty.

Who can begin to grasp the knowledge and capability of the Lord Jesus? What He creates integrates so many properties of nature it leaves no doubt that He is Lord of all.