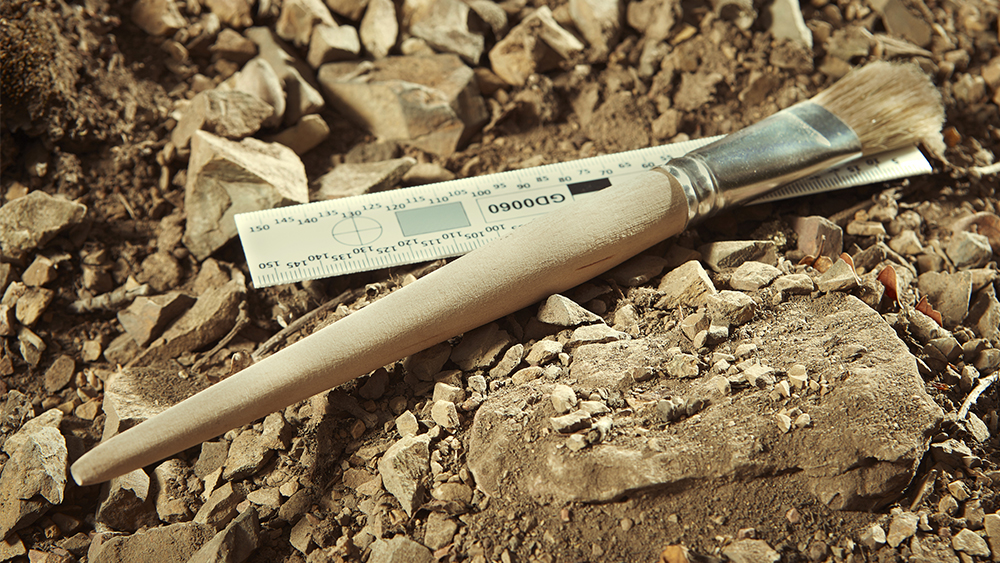 Paleontologists have discovered “early fossils [of] simple hollow tubes ranging from a few millimetres to many centimetres in length.”1 Furthermore, they have unearthed the animals that inhabited these tubes (made of calcium phosphate) that were formerly unoccupied. The fossilized creatures appear in a very un-Darwinian fashion, being suddenly and completely formed. Furthermore, the evidence shows they were buried catastrophically.

The first animals to build hard and robust skeletons appear suddenly in the fossil record in a geological blink of an eye around 550-520 million years ago during an event called the Cambrian Explosion [the sudden explosion of a multitude of complex and varied life forms (at least 60 phyla) at the bottom of the fossil-rich portion of the geologic column2]. Many of these early fossils are simple hollow tubes ranging from a few millimetres to many centimetres in length.1

This story is interesting not because of an answer to some supposed ‘evolutionary riddle’—rather, it’s the discovery of fossilized soft tissue in rock supposedly over a half-billion years old, “The new collection of 514 million year old fossils includes four specimens of Gangtoucunia aspera with soft tissues still intact, including the gut and mouthparts” and the discovery of “pink soft tissue on top of a Gangtoucunia tube.”1

“The study shows that these simple animals was among the first to build the hard skeletons that make up much of the known fossil record.”1 Were these “simple”3 animals the first to slowly evolve the building of hard skeletons? The researchers can’t know for sure. They know only that they appear suddenly in the Cambrian as animals that build hard and robust skeletons. Creationists see Gangtoucunia as designed by the Creator to build hard skeletons from the outset—they did not evolve the capacity.

“Thanks to these extraordinary new specimens, a key piece of the evolutionary puzzle has been put firmly in place.”1 What puzzle? In the past scientists found empty tubes without the animals inside. Now those fossilized creatures have been found, their complex morphology has been described, and the animals classified. Evolution theory has got exactly nothing to do with this remarkable discovery.

The specimens of Gangtoucunia aspera were buried so quickly that bacteria were not able break down the creatures before they were fossilized, “Here, anaerobic (oxygen-poor) conditions limit the presence of bacteria that normally degrade soft tissues in fossils.”1 This certainly fits the creation/Flood narrative of rapid burial.4

The creation model states ocean bottom-dwelling creatures (e.g. trilobites, nautiloids, sea stars, sponges) would be the first to be buried in a massive flood, laying down billions of tons of sediments in layers of strata all over the world. And that’s exactly what scientists are finding.5 This fascinating news of soft-bodied taxa in the eastern Yunnan Province, China, is more evidence of sudden creation of complex life followed by death on a massive scale.