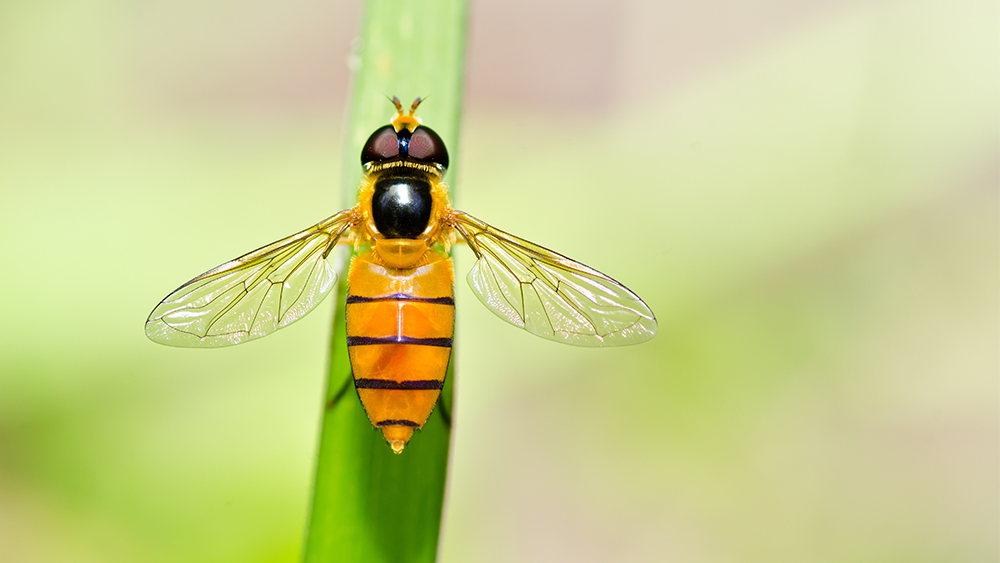 This means that as one constantly stares at an object, it won’t fade (in the same way the olfactory nerves in our nose may be overcome or ‘go blind’ after time with a constant odor). This is because your eyes undergo these subtle movements, giving “just enough variety in the light patterns on your eyes to prevent your visual neurons from completely adapting to what they're looking at.”1

But, as stated in The Rockefeller University’s news article:

Insects don't have this luxury because their eyes are fixed firmly to their heads. But a new study shows that fruit flies have evolved a different strategy to adjust their vision without moving their heads—they move the retinas inside of their eyes.1

Creationists would say the fruit fly was created with a different strategy to adjust their vision.

One scientist was quoted as saying, "We think the ability to track moving objects evolved independently in flies and humans."1 Flies and humans were created separately and therefore have very different types of eyes, but it’s hardly surprising that they would have “similar active strategies” such as the ability to track. This isn’t evolution via an unknown common ancestor of insects and people2 but via the Creator using the same engineering principles to achieve the same function for different creatures.

Here we show that Drosophila use their retinal muscles to smoothly track visual motion, which helps to stabilize the retinal image, and also to perform small saccades when viewing a stationary scene. We show that when the retina moves, visual receptive fields shift accordingly, and that even the smallest retinal saccades activate visual neurons.3

However, the evolutionists fall back on the unsatisfying evolutionary convergence argument. “The similarities of smooth and saccadic movements of the Drosophila retina and the vertebrate eye highlight a notable example of convergent evolution.”3 Convergent evolution considers resemblance in distinct evolutionary lineages. The theory is used to explain why, for example, the European Timber wolf and Tasmanian marsupial wolf look virtually identical even though they’re on widely separated continents. As the late Tom Bethell said, convergence “undermines the assumption that similarity is the result of common ancestry.”4

The Creator’s hand is seen in the fruit fly eye design that superficially looks simple but actually is very sophisticated:

but the researchers are entertaining a more intriguing option, as well: that these tiny shifts, which often move the retina by only a degree or less in visual angle, improve the resolution of fly vision. Retinal movements may thus help to explain how fruit flies, which have only about 6000 photoreceptors per eye—a trifle compared to the hundreds of millions of receptors in a human eye—can still see surprisingly well.1

One benefit of such amazing research is that “optical engineers have recently been able to boost the resolution [the smallest interval measurable by optical instruments] of cameras by introducing tiny movements [of] the sensors, a parallel to insect vision that might help to improve the future design of such cameras.”1

This has nothing to do with evolution, but rather humans are copying what has been painstakingly discovered in God’s living creation.

* Dr. Sherwin is Science News Writer at the Institute for Creation Research. He earned an M.A. in zoology from the University of Northern Colorado and received an Honorary Doctorate of Science from Pensacola Christian College.
The Latest
NEWS   ACTS & FACTS   PODCASTS