Bible - modify search
Proverbs 1:1
The proverbs of Solomon the son of David, king of Israel;

2
To know wisdom and instruction; to perceive the words of understanding;

3
To receive the instruction of wisdom, justice, and judgment, and equity;

4
To give subtlety to the simple, to the young man knowledge and discretion.

5
A wise man will hear, and will increase learning; and a man of understanding shall attain unto wise counsels:

6
To understand a proverb, and the interpretation; the words of the wise, and their dark sayings.

7
The fear of the LORD is the beginning of knowledge: but fools despise wisdom and instruction.

8
My son, hear the instruction of thy father, and forsake not the law of thy mother:

9
For they shall be an ornament of grace unto thy head, and chains about thy neck.

10
My son, if sinners entice thee, consent thou not.

11
If they say, Come with us, let us lay wait for blood, let us lurk privily for the innocent without cause:

12
Let us swallow them up alive as the grave; and whole, as those that go down into the pit:

13
We shall find all precious substance, we shall fill our houses with spoil:

14
Cast in thy lot among us; let us all have one purse:

15
My son, walk not thou in the way with them; refrain thy foot from their path:

16
For their feet run to evil, and make haste to shed blood.

17
Surely in vain the net is spread in the sight of any bird.

19
So are the ways of every one that is greedy of gain; which taketh away the life of the owners thereof.

20
Wisdom crieth without; she uttereth her voice in the streets:

21
She crieth in the chief place of concourse, in the openings of the gates: in the city she uttereth her words, saying,

22
How long, ye simple ones, will ye love simplicity? and the scorners delight in their scorning, and fools hate knowledge?

23
Turn you at my reproof: behold, I will pour out my spirit unto you, I will make known my words unto you.

24
Because I have called, and ye refused; I have stretched out my hand, and no man regarded;

25
But ye have set at nought all my counsel, and would none of my reproof:

26
I also will laugh at your calamity; I will mock when your fear cometh;

27
When your fear cometh as desolation, and your destruction cometh as a whirlwind; when distress and anguish cometh upon you.

28
Then shall they call upon me, but I will not answer; they shall seek me early, but they shall not find me:

29
For that they hated knowledge, and did not choose the fear of the LORD:

30
They would none of my counsel: they despised all my reproof.

31
Therefore shall they eat of the fruit of their own way, and be filled with their own devices.

32
For the turning away of the simple shall slay them, and the prosperity of fools shall destroy them.

33
But whoso hearkeneth unto me shall dwell safely, and shall be quiet from fear of evil.

The book of Proverbs has traditionally been ascribed to wise king Solomon, who “spake three thousand proverbs: and his songs were a thousand and five” (I Kings 4:32). Even though the first verse of Proverbs claims Solomon’s authorship for the book, it is probable that he collected many of them from various sources (note Ecclesiastes 12:9). The last two chapters were apparently written by two men named Agur and Lemuel, respectively (Proverbs 30:1; 31:1). Whether Solomon wrote most of them, however, or collected most of them, their present form is rightly attributed to Solomon (note also Proverbs 10:1; 25:1), with the present form of the book possibly organized by the servants of King Hezekiah (25:1). There is also a possibility that certain sections were written by a school of savants known as “the wise” (Proverbs 22:17; 24:23).

The collection of 375 proverbs from Proverbs 10:1 through Proverbs 22:16 has no specific theme or continuity. Each proverb is an independent pithy saying, with no relation to context, often consisting of a couplet, of either supporting or contrasting assertions.

The sections written, or collected, by “the wise” (Proverbs 22:17–24:22 and 24:23-34) also consist of wise sayings on many subjects, but in most cases continuity is retained through several verses.

Another set of isolated, independent proverbs appears in Proverbs 25–29, under the heading of “proverbs of Solomon, which the men of Hezekiah king of Judah copied out” (Proverbs 25:1). Hezekiah was king of Judah about three hundred years after Solomon; thus the book of Proverbs did not assume its final form until long after Solomon’s day.

Finally there are the last two chapters, identified with Agur and Lemuel, respectively. Neither of these two men is otherwise identified, though there have been many speculations. Proverbs 30 is a striking chapter with many quotable verses. The testimony of Lemuel in Proverbs 31 includes the famous acrostic poem (Proverbs 31:10-31) on the “virtuous woman.”

The many sayings of Proverbs, seemingly so disjointed, all contribute to the full, rich life of a true redeemed follower of God. Each one well deserves thoughtful study and careful meditation, and all together show that God is directly concerned with every detail of our lives.

1:2 wisdom. The great theme of Proverbs is to know the true “wisdom.” The word itself occurs more in Proverbs than in any other book of the Bible. The same is true of the words “instruction” and “understanding” (Proverbs 1:2), “knowledge” and “discretion” (Proverbs 1:4), “learning” and “wise counsels” (Proverbs 1:5).

1:3 the instruction of wisdom. Seven mental attributes are mentioned in Proverbs 1:3-5. The Biblical meaning of these can be summarized roughly as follows:

(2) “Understanding:” comprehension of meaning and inter-relationships of facts.

(3) “Instruction” (same as “correction”): reception of knowledge and understanding.

(5) “Learning:” absorption and retention of facts and their use.

(6) “Wisdom:” character; ability to use one’s knowledge and understanding effectively in one’s own life and in dealing with others.

(7) “Wise counsels:” ability to convey wisdom to others; good advice.

1:6 interpretation. This is not the usual word for “interpretation.” It is used elsewhere only in Habakkuk 2:6, where it is translated “taunting,” or “satirical.” This suggests that Proverbs may have sharp, sometimes sarcastic, implications in order to make a point more effectively. Proverbs may even take the form of “dark sayings”—that is, “conundrums.”

1:12 down into the pit. The “pit” is actually sheol, often translated “hell.”

1:20 she. “Wisdom” is frequently personified in the Proverbs as a wise and virtuous kinswoman, in contrast to the foolish and ungodly strange woman, or foreign woman (e.g., Proverbs 2:16).

1:23 my Spirit. Compare Joel 2:28, cited in Acts 2:17 as referring to God the Holy Spirit. Thus, “Wisdom” in Proverbs, though personified initially as a wise mother in Israel, is also clearly speaking of, and as, God Himself (Proverbs 8).

1:26 laugh at your calamity. Whether “kings of the earth” (Psalm 2:2, 4) or “simple ones” (Proverbs 1:22), those who rebel against Him or just scoff at Him and His words, will eventually encounter God’s own derisive laughter as He faces them in judgment. Note also Psalm 37:12-13.

More Fossils Are Found at All Levels 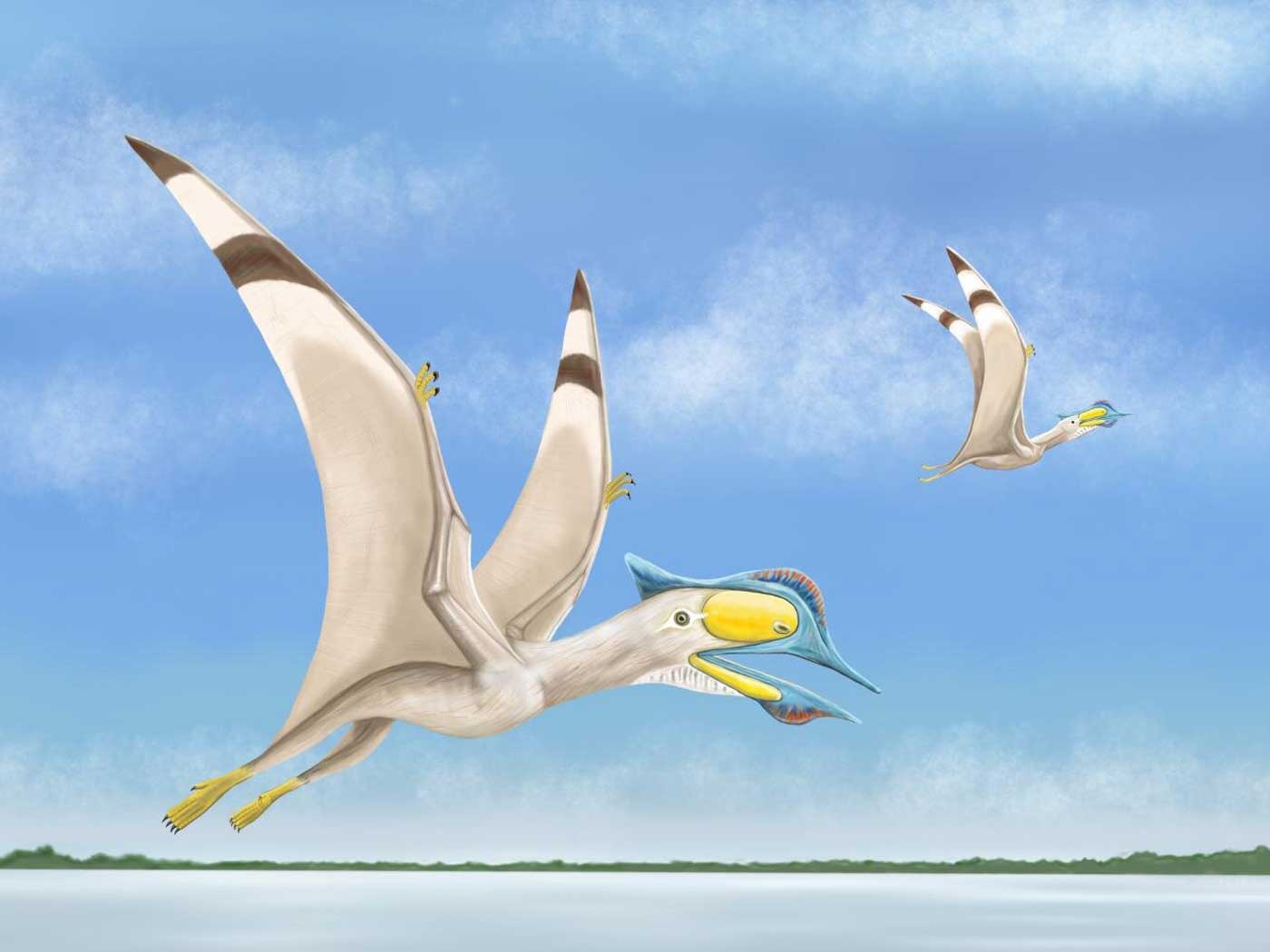