The Hubble Space Telescope, which had been programmed to search for planets, has found 42 "oddball" blue stars in the Milky Way galaxy. These stars burn so brightly that they consume their fuel much faster than other stars. Though they are found in more abundance in more distant galaxies, the discovery of nearby blue stars presents a particular problem for standard long-age cosmologies.

Blue stars should not exist in a universe that is 13.7 billion years old, because they should have burned out billions of years ago. University of South Carolina astronomer Danny Faulkner recently noted, "In fact, the hottest blue stars could last only a few million years at best. Both creationists and evolutionists acknowledge this fact." Thus, evolutionists have proposed that these stars have been constantly generated during this long time span. But that means blue stars should be forming even now. "Despite their diligent search, however, [astronomers] have never observed one of these blue stars forming—or any other star, for that matter," Faulkner wrote.1

The physical barriers to star formation by collapsing gases—the standard nature-only story of star formation—are prohibitive, because the denser a cloud of gas becomes, the more vigorously its particles repel one another.1 Thus, long-age astronomers have been forced to resort to a non-explanation that is indistinguishable from an appeal to magic: that blue stars somehow formed in the distant past through unknown, unobserved processes. A NASA news release announcing the Hubble discovery admitted, "It is not clear how blue stragglers form."2

They are considered "stragglers" because they appear to lag behind the aging process of their apparently older, and redder-colored, stellar peers. Also, according to the news release, some of the 42 objects may not be blue stars, but "a mix of foreground objects," 18 to 37 of which are likely genuine blue stragglers.2 The telescope was trained onto the galactic core, which is very dense with stars and gases.

Over the years, astronomers have observed more blue stars farther away, and therefore further back in time. Thus, faith-based assertions that these short-lived stars resulted from natural, though unknown, formation mechanisms have been able to hide behind a shroud of distance. If an event occurred billions of years ago, then perhaps claims of "unknown processes" don't sound so crazy.

But these newly discovered blue stars are only 26,000 light-years away.3 If these stars were products of nature and not God, then a reasonable nature-only explanation for how they formed should be straightforward. But it is not. Young, hot blue stars are very close (as well as very far away), so the lack of any reasonable natural explanation for their origin can no longer be hidden behind great distances. On the other hand, if the universe and its stars are only thousands of years old, then blue stars need no special explanation.

The scientific evidence shows, and the Bible clearly states, that blue stars were put in place on purpose recently.4 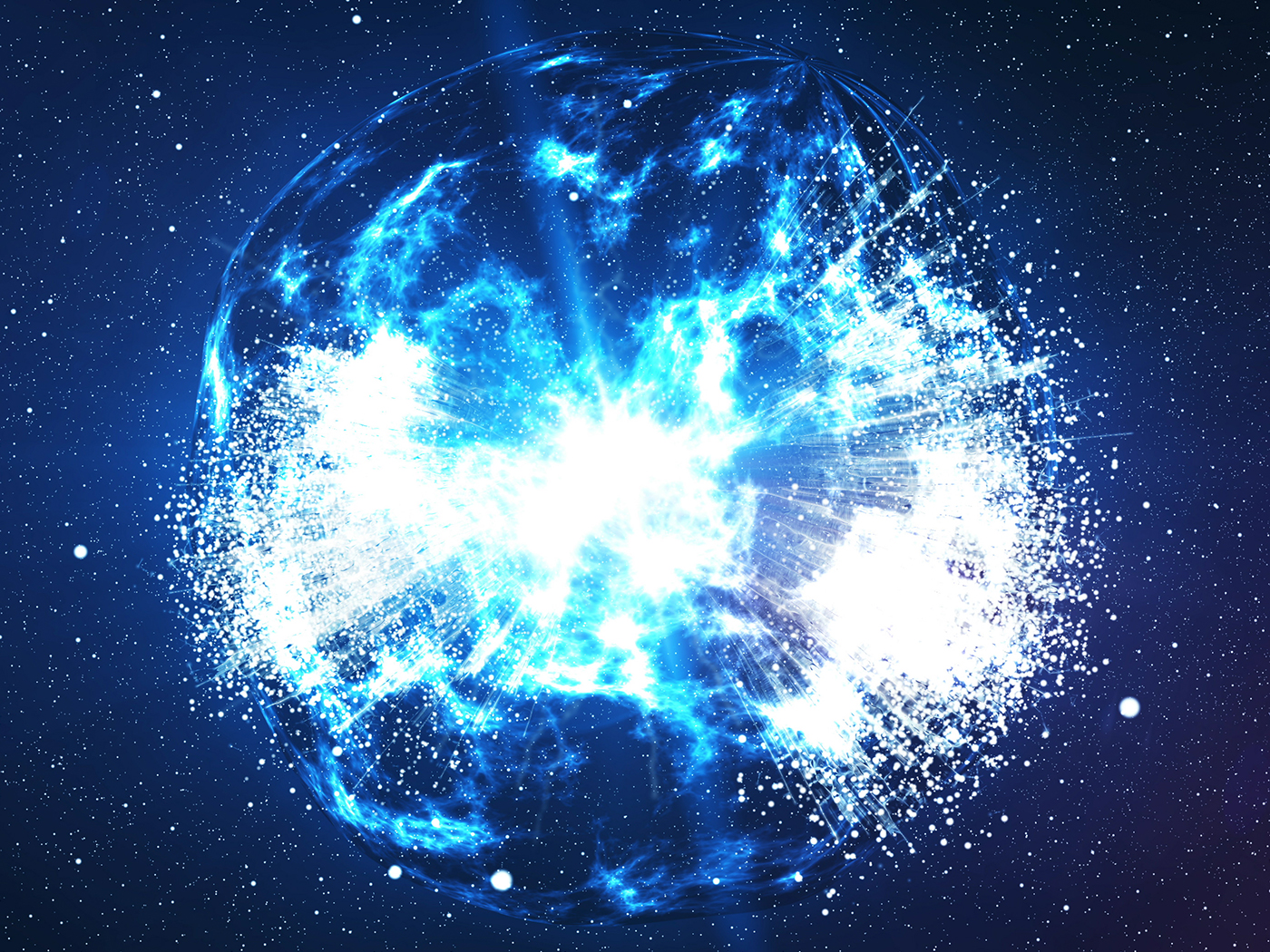 Big Bang Hubble Contradiction
Big Bang scientists are wrestling with “serious” contradictory estimates for the size of the Hubble constant—one of the most important...
BY: JAKE HEBERT, PH.D.