More than one hundred years ago, geologists began to ponder the landforms in eastern Washington State. They noticed that the land surface is essentially flat and underlain by thick and extensive basalt flows, with only a thin soil cover. They called this area a scabland. Geologists also observed a braided pattern of deep channels appearing as severely scrubbed bare rock surfaces eroded through the soil cover into the basalt bedrock. Most of these channels now dry and are called “coulees.” This 16,000-square-mile area of eastern Washington became known as the “Channeled Scabland.”

Geologists of the late nineteenth century assumed the Channeled Scabland formed during the time of great glaciers. Geologists thought that today’s large dry channels in eastern Washington were eroded by streams during the “ice age.” The thinking pattern of these early geologists was distinctly uniformitarian. They imagined very slow processes during immense periods of time causing erosion and sedimentation in the scabland’s channels. The Channeled Scabland was believed to be the product of geological evolution.

In 1885 T. C. Chamberlin asserted that an enormous lake had formerly occupied northwestern Montana and that the lake was impounded by glacier ice. Later, in 1910, J. T. Pardee made a significant study of the evidence of the great lake around Missoula, Montana; this lake, which was the size of one of the Great Lakes, became known as Lake Missoula.

Geologists did not associate the channels of eastern Washington and the evidences for Lake Missoula in western Montana until fifty years later. During the earliest years of the twentieth century, geologists continued to tell the story of gradual erosion of the channels in the scablands. Uniformitarian dogma was well entrenched in the explanation of the “ice age” landscape.

In 1923, J. Harlen Bretz, a geologist trained in Washington, suggested an outrageous theory for the origin of the Channeled Scabland. Bretz proposed a catastrophic flood hypothesis for the erosion of channels in the scabland, particularly the most spectacular channel, Grand Coulee. Water hundreds of feet deep was assumed by Bretz to have eroded the complex network of channels rapidly! He later came to believe that catastrophic drainage of Lake Missoula in Montana caused the flood.

Normally, when a catastrophist theory is presented to the uniformitarian orthodoxy, it is summarily ignored. However, Bretz was very persistent. He published a series of articles between 1923 and 1969, which staunchly defended his flood hypothesis. Bretz noted dry waterfalls, high elevations of erosion in canyons, and gravel deposits of extraordinary size and surprising locations. He persisted in advancing the theory of flood erosion and explained how “approved” geological concepts fail to account for the size, position, and very existence of the unusual features of the scabland.

The uniformitarian orthodoxy could not ignore the work of J Harlen Bretz, so a series of rebuttal papers were issued by some of the world’s foremost glacial geologists. A bitter debate among geologists occurred, spanning four decades. Bretz was the solitary champion of the flood hypothesis.

The persistence of Bretz throughout the decades of debate paid off. Geologists did begin to see that the “approved” uniformitarian agents were incapable of accounting for the size, position, and actual existence of landforms of eastern Washington. A turning point in the debate came in the 1960s, when the International Association for Quaternary Research did an extensive tour of the Channeled Scabland and Lake Missoula. In 1965, a busload of geologists sent J Harlen Bretz a telegram: “Greetings and salutations….We are now all catastrophists.”

Not only had Bretz correctly understood the origin of Grand Coulee and the scablands, but he predicted how uniformitarian geologists would respond. The geologic establishment, for forty years, considered the catastrophic flood model for the scablands to be “unthinkable heresy.” By 1960, however, Bretz’s theory was generally acknowledged to be supported by the weight of the evidence.

What do we learn from the scablands of eastern Washington? We learn that catastrophist interpretations need to be brought back into geology so that we can understand correctly the formation of the Earth’s landscape. Uniformitarians were theoreticians who, because of stubborn adherence to dogma, thwarted the understanding of Washington’s scabland. Catastrophists were empiricists who, doing good scientific studies, were able to contribute significantly to our understanding of Earth history.

The Evidence of Nothing
Evaluating evidence is a key component in the search for truth, not only in science but in other areas of life. The ability to identify supporting facts...
BY: JAMES J. S. JOHNSON, J.D., TH.D.
Strong Delusion
The almost incredible hysteria generated by the nation's evolutionary establishment over the recent Kansas decision is further indication that the creation/evolution...
BY: HENRY M. MORRIS, PH.D.

Creation and First Amendment Rights
Early in 1992, ICR won a stunning victory in Federal Court. The state of California had attempted to close the ICR Graduate School, branding those who...
BY: JOHN D. MORRIS, PH.D.
More Creation Science Update

Resurrecting “Ancient” Enzymes?
The most abundant protein on Earth is probably an enzyme (biological catalyst) called RuBisCO (or Rubisco) designed by the Creator to function in photosynthesis.1...
BY: FRANK SHERWIN, D.SC. (HON.)
The Latest
NEWS   ACTS & FACTS   PODCASTS 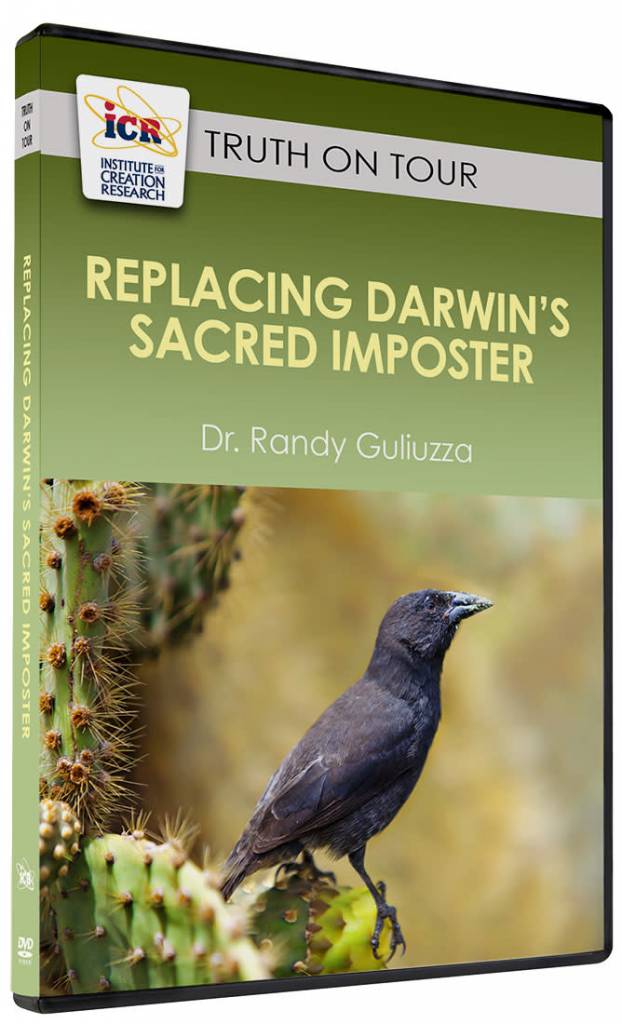