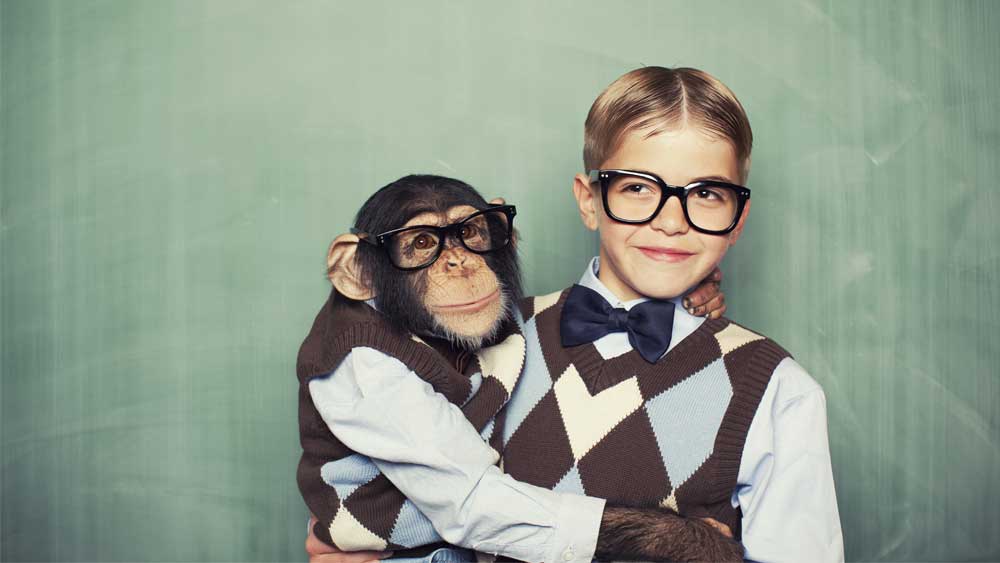 NEWS     CREATION SCIENCE UPDATE     FOSSILS SHOW STASIS AND NO TRANSITIONAL FORMS     FOSSIL RECORD     MAN WAS CREATED BY GOD     MAN WAS CREATED DISTINCT FROM APES
Two Excuses for Human Evolution Confusion
BY BRIAN THOMAS, PH.D. *  |
MONDAY, MAY 31, 2021
Public school textbooks assert that apes and humans emerged from an ape-like animal, whereas Genesis 1 says that God created humans and the different animal kinds right from the start. What difficulties would one expect researchers to encounter as they search for evidence of human evolution if humans never actually evolved? Two excuses in a recent summary of the sad status of human evolution unwittingly verify what the Bible has been saying all along about where humans came from.

Publishing in America’s top journal, Science, Sergio Almécija at the American Museum of Natural History led a small team to report big difficulties with the story that primates and people share an ancestral animal.1 The big problem? Almécija summarized it in a research post, saying, “When you look at the narrative for hominin origins, it’s just a big mess—there’s no consensus whatsoever.”2

This messy lack of consensus is exactly what creation researcher Chris Rupe found as he reviewed hundreds of technical journal articles while writing Contested Bones, the aptly titled book about disputes over ape and human fossils.3 In it, Rupe quotes paleo experts’ disagreements over the status of every fossil candidate. Secular scholars now confirm this chaos.

It’s every expert for himself, spinning his or her unique web of story lines around selected bones. But Almécija’s team strongly defends human evolution as a fact despite the bedlam in their field.

They wrote, “Evolutionary scenarios are appealing because they provide plausible explanations based on current knowledge, but unless grounded in testable hypotheses, they are no more than ‘just-so stories.’”1

Strong enough evidence would leave no room for just-so stories. Could all this room for storytelling arise in the wake of an absence of evidence for human evolution?

If we really evolved from animals, shouldn’t we find enough fossils for objective scientists to reach some level of consensus over? Shouldn’t the fossils dictate which animal morphed into the next in a chain that led to us? The Science report offered at least two reasons—which amount to excuses—for the difficulties that paleo experts face in constructing an anti-Bible human history.

For one excuse, the study authors decry a “highly incomplete and fragmentary nature of the hominoid fossil record.”1 How convenient to claim that the record of the story we want to tell is simply missing the key elements of that story. How can we know that a record is incomplete—let alone “highly incomplete”—if we don’t even have the record?

An alternate hypothesis fits the evidence from fossils that we do have instead of wrapping suppositions around undiscovered fossils. If we never actually evolved, then we wouldn’t have fossils that show human evolution. That would explain what we see, but it’s an impossible stance to take under a religiously held bias that “humans diverged from apes.”1

Another quotation contains a second excuse for the dumpster fire status of paleoanthropology. The study authors wrote, “Besides their fragmentary nature, a persistent challenge is understanding the phylogenetic relationships among fossil apes, which exhibit mosaics of primitive and derived features with no modern analogs.”1

To understand phylogenetic relationships means to decide which creature evolved into the next. And nobody agrees on an order. For every expert that claims human ancestry for their discovery, another expert sees that discovery as an evolutionary dead-end or the like.

Claims of “primitive” and “derived” (read, “more recently evolved”) are arbitrary and—of course—hotly contested, but what makes a “mosaic?” Each extinct ape fossil is supposedly made up of a “mosaic of…features.” Different reports use “mosaic” in different ways. Sometimes workers use it to refer to mixtures of ape bones and human bones that they pretend belonged together.

For example, those who promoted Australopithecus sediba as a missing link candidate referred to its “mosaic” of ape-like and human-like bones.4 However, more careful comparisons of sediba bones found them to match either ape or human remains.5,6 Those bones never did belong to the same skeleton.

But in cases where the bones actually articulate, “mosaic” can refer to body parts that fit and function with one another. Think of a Roman mosaic’s tile fragments, each expertly tailored to form a whole picture. In other words, these fossil discoveries show body parts that look like someone shaped them to mesh with one another into a whole and working creature—whether ape or human.

Whether a mosaic fossil consists of a jumble of ape and human bones that don’t belong together or a system of articulated bones like those in modern humans or apes, it shows no evolutionary transition or pattern. This fits biblical creation’s idea of separately created kinds just fine.

Two excuses for the “big mess” of human evolution unwittingly uphold God’s account of creation. The fossil record only looks incomplete to those who expect it to contain pre-human fossils. And mosaics of either mixtures from different kinds or well-fitted bones from one kind or another follow from Genesis creation.

*Dr. Brian Thomas is a Research Associate at the Institute for Creation Research and earned his Ph.D. in paleobiochemistry from the University of Liverpool.
More Ice Age