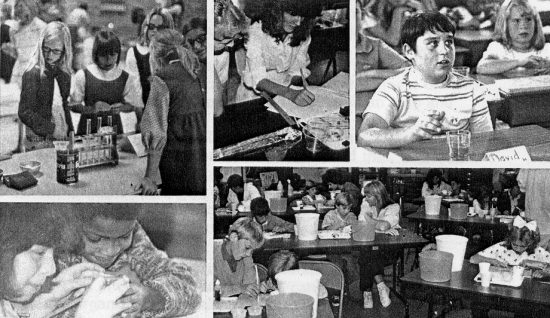 " … that the search for knowledge and understanding of the physical universe and of living things that inhabit it should be conducted under conditions of intellectual freedom, without religious, political, or ideological restrictions ... that freedom of inquiry and dissemination of ideas require that those so engaged be free to search where their inquiry leads ... without political censorship and without fear of retribution in consequence of unpopularity of their conclusions. Those who challenge existing theories must be protected from retaliatory reactions." (National Academy - Resolution 1976.)1

The foregoing portion of "An Affirmation of Freedom of Inquiry and Expression," put forth by the National Academy of Sciences in April 1976, should be the basis on which all scientific endeavor is founded. Quality science education depends upon recognizing this commitment. Without freedom to inquire, the scientific enterprise would be ruled by intimidation rather than understanding through inquiry. If we don't help students develop sound investigative skills at a very early age, there is no reason to believe that students will be able to think critically and scientifically as they grow older.2

This approach was determined in the 1960's to be teaching good science by a project funded by the American Association for the Advancement of Science. Entitled "Science: A Process Approach,"3 it utilized eleven basic skills necessary to implement good science. These skills are, in effect, the underlying components of what is frequently called the "Scientific Method of Reasoning." These eleven major processes, which have been identified as involving the great majority of student (and scientific) activities, were implemented. They include observation, classification, inferring, predicting, measuring, communicating, interpreting data, making operational definitions, formulating questions and hypotheses, experimenting, and formulating models. Most of these eleven process skills are used and agreed upon by all science educators as desirable outcomes for learners of science.

When students are given the opportunity to explore freely aspects of the world and scientific endeavor, such as diversity, change, continuity, interaction, organization, and limitation (Wisconsin Department of Public Instruction),4 then the skills of science can be learned in an easy and exciting manner.

These conceptual schemes, combined with hands-on activities, provide the framework for learning in science, but even beyond that, they become the platform for critical thought and open-mindedness. An expansion of the six concepts listed below, developed by renowned science educator Paul De Hart Hurd, would allow for an enormous number of student experiences in every area of science and at every level of science instructions

This approach to science education inherently focuses on the foundational concepts needed for literacy in science, as well as giving a clear understanding of what science offers. The only restrictions on answers to scientific questions are scientific. The student must learn that science implies "freedom of inquiry and dissemination of ideas" and not censorship. Science education should teach: "a respect for logic, a desire to search for data, a longing for knowledge and understanding, a consideration of consequences, a consideration of premises, a demand for verification, and to question all things."6

It is wrong when science education takes on the role of programming young minds toward a particular philosophical viewpoint rather than experimental observation, but that is what is being done today by evolutionary naturalists. Evolution is merely a philosophical view of history and life, and it is destined to destroy the credibility of the scientific enterprise, should it continue to be programmed into generations of students' minds as fact. Evolution can never qualify as a legitimate theme of science because of its philosophical stretch beyond the reality of scientific exploration. Making evolution one of the "Big Ideas" of science could only be proposed by philosophically biased scientists who have decided they want their viewpoint to dominate, not because it has any value in science education or proof in empirical science.

In spite of evolution's continued scientific failure, it persists among many scientists and others. Some scientists believe in evolution by conscious choice, but most believe it because they are under the mistaken impression that there is no viable alternative. Evolution is not the best explanation for: the diversification of life forms; the direction of change in any organism; the observations in the fossil and living record showing stasis; the observations related to interactions and systems; the idea of scale and structure, etc. One ought to recognize some of the failures that result from this belief in evolution, such as the following fallacious textbook teachings: Stanley Miller and Urey's experiment with "reducing atmospheres," which the scientific evidence indicates never has existed (NASA - Joel Levine Report);7 "embryonic recapitulation," which has no basis in factual science;8 "the evolution of the horse," which is now widely recognized as a so-called "bush" instead of a family "tree";9 "molecular homology," which has been totally falsified as an evidence for evolution;10 and many others which continue to be taught to students as factual science and provide the classic arguments for evolution theory.

If evolution becomes the only "Big Idea" that can be brought to bear on the subject of the origin of life and the overall theme of science education, then all children in the public schools of America are destined to be brainwashed in a philosophy of science that cannot stand the rigorous test of scientific falsification, repeatability, or verification. We have, in this case, taken away the right of our students to think creatively and critically. This is not only unconscionable, but harmful, and certainly not in keeping with the proper method, mode, and purpose of science education for our public school system.

Perhaps we can conclude with the four components of a "Full Science for Decision Makers" program proposed by Dr. Mary Budd Rowe:"

Can we honestly say to students and parents that we are implementing this exemplary approach to science education when science framework writers insist that students must be taught with the failed dogma of evolution as science's unifying principles? The objective and open-minded science educator must say "No!" Let us teach children how to learn and to be critical thinkers by developing in them the skills of scientific inquiry that are tried and proven, and clearly in keeping with the "Affirmation of Freedom of Inquiry and Expression."