The volcano’s main 1980 eruption filled in an entire valley with hundreds of feet of sediment. Another smaller eruption event deposited more material on top of that, and then a third deposition occurred in 1982. Later, a catastrophic flood of snowmelt water and muddy debris tore a gash through those fresh deposits, revealing sharp and flat contacts between each earlier deposit. It also showed that fast-flowing currents can lay down multiple layers thinner than a finger width. 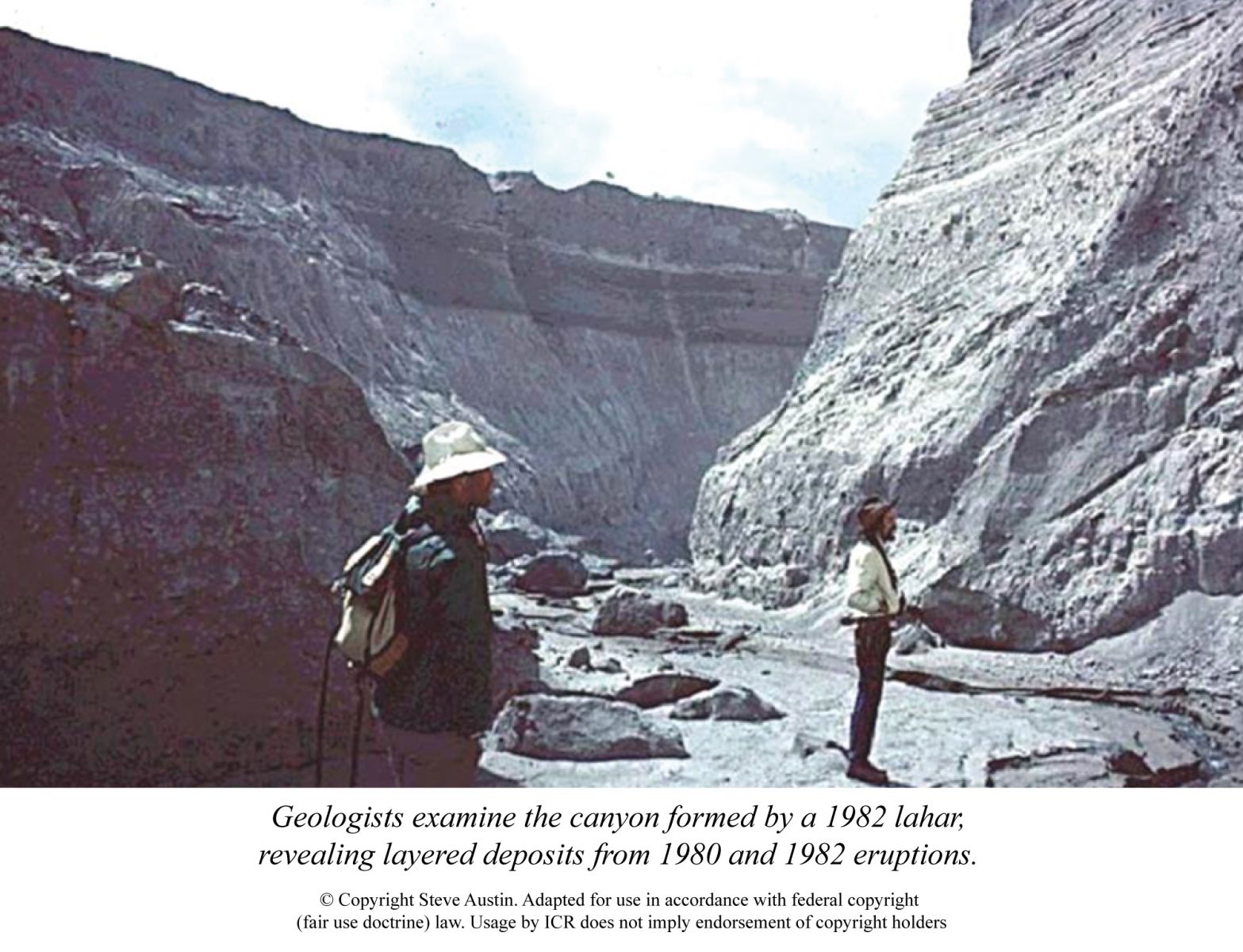 Mount St. Helens revealed to the world that both thick and thin layering can happen fast. Millions of years are not needed to form sedimentary rock or stratigraphic layering.

Sedimentary layers hundreds of feet thick formed within hours during the eruption itself, and then hardened into rock soon after the water drained from them. Could other layered sedimentary rocks in Earth’s crust have formed rapidly?

The mountain also provided a clear reason to distrust radioisotope dating. Geologist Steve Austin sampled new rock from atop the mountain that formed in 1986. If the K-Ar radioisotope method really works, then it should have revealed the rock’s true age of only ten years. Instead, three rock “ages” ranged from 340,000 to 2,800,000 years.1 What other rocks from around the world have been dated incorrectly by following those same questionable age-dating protocols?

Because of the Mount St. Helens eruption, scientists know that sedimentary rock layers and steep-walled canyons can form in only hours, rather than millions of years. The documented evidence is undeniable. It also exposes flaws in radioisotope dating. In just the past 35 years, catastrophism has become readily accepted in the geological sciences. How many other Earth surface features will scientists recognize as having formed suddenly or much more recently than previously recognized?