Evolutionists would have us believe that over the course of 3.7 billion years simple molecules somehow organized themselves into the significantly more complicated molecules of living organisms, then into the even more elaborate living cell, and finally into the extremely complex array of life we observe today. Picture this scene: A watchmaker disassembles his finest watch and places all the pieces into a box. He sets the box on a shaking table and waits. Will a finished watch ever come out of the box? What if he waits eons? Or consider someone who drops a favorite coffee cup and breaks it into a hundred pieces. Assuming this person can wait several billion years for the accident to somehow be reversed, will he ever get his coffee cup back intact? The answers to these rhetorical questions are obvious because the two processes are irreversible in the macroscopic (visible) world. 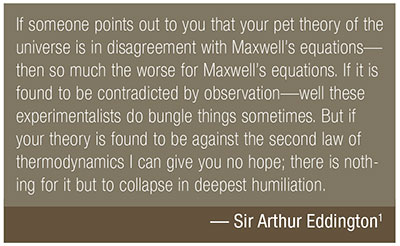 We can draw a strong correlation between these commonsense observations and the Second Law of Thermodynamics, also known as entropy, which states that usable energy in the universe is decaying or running down to a state of inert uniformity.2,3,4 So it would seem reasonable to extend the Second Law to evolutionary ideas and conclude that entropy essentially forbids evolution. The secularist will almost certainly attempt to counter this by pointing out that the Second Law only applies to isolated thermodynamic systems and that the earth is not such a system; therefore the entropy can locally decrease without violating the Second Law.2 He may then offer the example of a seed growing into a plant or something similar. However, in this case, radiant energy from the sun cannot, in and of itself, drive any biological system toward a smaller value of entropy (increasing order) without some mechanism to convert the energy it receives into useful work in that system. In the case of the seed, it is the information within its DNA that directs the functional use of the energy it receives. If that seed is exposed to any process that destroys its DNA, it simply dies and decays, its life-determining information dies with it, and no living plant emerges out of the soil.

One mechanism that evolutionists have proposed for their hypothesis is genetic mutation coupled with gene duplication. This assumes that spontaneous generation, which was disproved by Louis Pasteur, has somehow already produced the complex cells of living organisms. Genetic mutation is a random process that assumes the pre-existence of a life and its basic genome—i.e., simple molecules have ordered themselves into the complex left-handed molecules necessary for life. Dr. James F. Coppedge calculated the probability that a single insulin molecule (one of the simpler complex molecules in the human body) would form by chance as 1 in 10109—a probability most statisticians consider to be impossible.5

Mutations are virtually always neutral or harmful to humans.5 The few mutations that can be cited as beneficial, such as sickle cell anemia, are only beneficial within a specific environment and lack long-term viability. Dr. John Sanford concluded that if humanity were even 100,000 years old, our genomes should have reached “error catastrophe” resulting in humans becoming extinct.6 These facts suggest that “genetic entropy” is literally pushing the human race toward extinction at such a rapid pace that we could not have been around nearly as long as evolutionists claim. Ironically, one of the very mechanisms evolutionary philosophy depends upon—mutation—reveals the non-viability of the evolutionary worldview. Both mutation and time itself strongly suggest a recent creation. 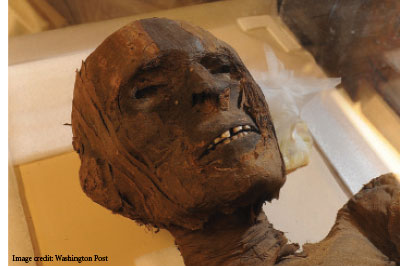 Many other natural phenomena point to a young earth because the order necessary to sustain Earth’s systems is steadily and incessantly breaking down. Two examples of this are the decay of plants and the decay of Earth’s magnetic field.7 Matter itself is mostly constructed from particles that begin to break down if freed from a stabilizing environment, such as the nuclear field. Free neutrons decay with a half-life of approximately 15 minutes, and a free quark has never been observed. Entropy, information theory, random processes, and the sharp arrow of time are intimately connected ideas.8 They reinforce the basic concept that things don’t simply organize themselves in nature without the intervention of outside influences.

Everyday life shows us that every material thing tends to fall apart and disintegrate over time. Decaying buildings, bridges, roadways, automobiles, and clothing remind us that physical objects deteriorate and are in constant need of repair. Each year, vast sums are spent to counter the unrelenting effects of decay. All matter and all known processes proceed from organization to disorganization—from order to chaos. All things return to dust; material things are not eternal. Age, disease, decay, and death are directly tied to the Second Law of Thermodynamics. Some secular scientists try to avoid this inevitable conclusion by hypothesizing that hydrogen atoms somehow keep popping into existence, but there is no observational or experimental data to back up this specious claim of effect without cause.9 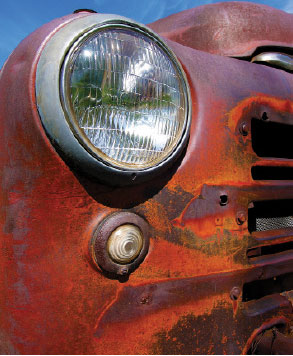 The universe itself is an isolated thermodynamic system, and if the evolutionists are to be believed it originated from a state of great disorder (the Big Bang) and moved to a state of astonishing order (the clusters, galaxies, and solar system we observe today) over the last 13.8 billion years—a process in clear violation of the Second Law. Some Big Bang advocates claim that the sudden appearance of the universe’s energy and mass occurred in such a way as to preserve great order, but how that happened remains wholly unexplained.

It is now generally believed that the universe does not have enough matter to overcome the momentum of its own expansion. This means that secularists are constrained to believe that the universe will ultimately decay into a state of “heat death,” or they must invent some speculative mechanism to add mass to the universe and circumvent that fate. 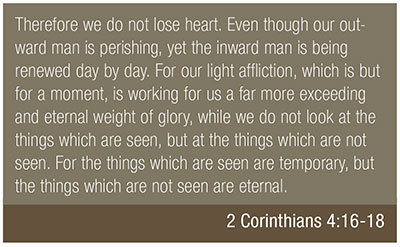 So, when it comes to entropy, the secularists essentially disagree with the creationists only on the amount of time required for decay to work its terrible consequences on the world. However, the preponderance of observational data support the fact that ours is a young earth and we are a young race and both are in rapid decay.