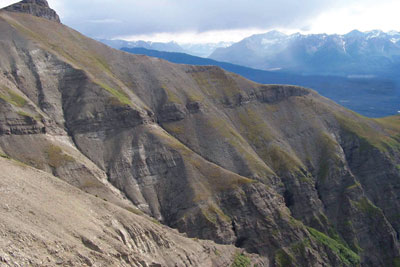 If Genesis 1-9 can be taken as a literal, historical account of the early years of the universe and mankind, then Noah’s Flood was a catastrophic global event that entirely reshaped earth’s landscape. The modern creation science movement was launched with the 1961 publication of Drs. Henry Morris and John Whitcomb's The Genesis Flood, which correlated scriptural description with scientific evidence to demonstrate that the Flood is, indeed, the best explanation for our world’s physical formations and geologic history.

The FAST project was undertaken to further investigate the implications, processes, and results of the Flood, from intricately analyzing the Genesis account for its narrative descriptions, to examining its sedimentary and tectonic processes. These studies form the three research initiatives of the FAST program:

Old Testament scholars are applying their expertise in ancient Hebrew to the Genesis Flood account, unpacking the grammar, vocabulary, and other language features to uncover clues that geologists can apply to their understanding of Flood events. Scientists have also been examining sedimentation in the southwestern United States to gain a better understanding of how the Flood could have produced the widespread and distinctive rock layers that are found there. And geologists have found evidence of superfaults, involving huge movements and collisions of continental plates that would have resulted in catastrophic rock displacement and a profound reshaping of the earth's surface features.

In August, Dr. Austin traveled to Alaska for the FAST program to conduct field work in a remote wilderness area of Wrangell St. Elias National Park. He reported at the time:

Dr. Austin was particularly interested in a part of the formation he referred to as Conglomerate Bed #7. He concluded:

It is obviously a debris flow (undersea mudflow) with extreme power and pulsating delivery of clastics. The largest boulder is about 1 meter by 0.3 meter. Bladelike clasts show imbrication that indicates transport ten miles northward from the collision zone. The rounding of clasts indicates an abrasive flow. Bed #7 is about 100 feet thick. Flow velocity may have exceeded 30 mph.

There is virtually nothing in 7,000 feet of strata that argues for slow deposition. These strata bear witness of catastrophic flood sedimentation. It is "soup and slurry" sedimentation like I have never seen before.

For the next scheduled FAST activity, Dr. Austin will gather his principal investigators in Mesquite, Nevada, in November to discuss their current research and make plans for future projects. NCSF looks forward to furthering this important scientific work.