A key problem for evolutionists is to find a mechanism that can bring "order from noise." 1 What is needed is a natural process producing a chain of necessary increases in order leading from chaotic conditions to an environment capable of sustaining life; then, to the simple life-forms; eventually to lower intelligences; and finally to mankind.

Until recently it was commonly assumed that human "learning", especially "language learning," was one case where the desired sort of progression could be observed—a progression from simple to complex structures by a leap-frog construction, each step being the product of the previous and the basis for the next more complex step. "Learning to learn" has sometimes been used to exemplify the sort of process required to sustain an evolutionary explanation of origins. Recently, however, Noam Chomsky and Jerry Fodor, both distinguished professors at MIT, have come to question the very possibility of what has traditionally been defined as "learning."

If the spontaneous trend of inanimate matter points toward increasing uniformity and the intimate mixing of everything with everything else, how can one account for the progressive complexity and finer differentiation shown by biological evolution? 2

This question, in various forms, was no doubt the most troubling issue for the "nobel laureates in biology, leading figures in philosophy, and mathematics, and several of the world's most prominent behavior" 3 who gathered at the Abbaye de Royaumont near Paris to join as participant observers in the Plaget-Chomsky debate in October 1975.

In an attempt to escape the entropy problem Platelli-Palmarini asserts what he refers to as an "ontological commitment"—that is, an unmotivated leap of faith about the way things must be in the final analysis:

… life is a gigantic information flow mediating (or regulating) the transition of the "entire universe" from a less organized initial state to increasingly more organized steady states. Cognitive acts (human cognitive acts in particular) are the most efficient mediators of such information flow, the privileged catalysts of a cascade of transfers of order from one portion of the universe to the next. 4 To explain the origin of order--with man's intelligence at its pinnacle - the author elusively hints that life a-borning is also at the same time directing the universe, forming it (the universe) as well as itself by a mysterious series of bootstrap operations from the beginning until now.

No wonder the distinguished scholar notes:

There is a major puzzle to be solved, however, if this ontological commitment is to be protected from the devious assaults of rational criticism and carefully collected evidence. How can order increase other than by execution of a predetermined ad hoc program? 5

To solve this problem without positing either a plan (or worse for the evolutionary perspective, a Planner), Piatelli-Palmarini alludes to Heinz Von Foerster and Ilya Prigogine and simply asserts that "random fluctuations can indeed create order" [his emphasis]. At the same time he admits this theory is "far from being flawless." 6

But can chaos create order? He proposes that this mystery can be understood by identifying "entropy" with "information" (following Leon Brillouin). In fact, this approach trivially escapes the evolutionary problem. If order is chaos, and if chaos follows chaos, then chaos produces order. Hence, he says, "coherence and order at a global level arise from local interactions" which is believed to be supported by "Prigogine's theory of dissipative structures." The latter, however, is flawed inasmuch as it may "support a 'selectivist' explanation of cognitive processes as opposed to an 'instructivist' or a 'constructivist' one." 7

The "selectivist" hypothesis says that the genotype for a given species previously contains certain options which are merely "selected" by interaction with the environment - never created. By contrast, the "instructivist" theory proposes that the genotype is informed by the environment in some manner so that it modifies itself (a long rejected view, but one that Piaget had tried to revive during the debate and in other publications). The "constructivist" approach also says that the genotype, in some totally obscure and unknown manner (usually attributed to self-modifications and random mutations), must become progressively more complex. In this respect, it does not differ from the "instructivist" view.

In preferring the "selectivist" idea, Piatelli-Palmarini saws off the branch on which he is perched. This strange act is apparently motivated entirely by the argument concerning language acquisition put forward by Chomsky and Fodor. They reject the traditional, "constructivist," view ol language learning—the view of Piaget and nearly all other present-day theorists. (However, Chomsky and Fodor both apparently accept the standard neo-Darwinian constructivism concerning the theory of evolution.)

Throughout his distinguished career, Chomsky has argued for an "innatist" theory of language acquisition claiming that universal grammatical structures are genetically prewired in human beings (not in other organisms) and are merely selected and set in action by appropriate experience. He claims that such structures cannot be constructed from experience. For one thing the structures themselves are too remote from experience and for another experience itself is too impoverished from a logical point of view to supply their basis. 8

Fodor's extension of this argument denies the traditional sense in which "learning" is defined:

… it is never possible to learn a richer logic on the basis of a weaker logic, if what you mean by learning is hypothesis formation and confirmations. 9

Since as Fodor claims there isn't any other theory of learning, it follows that learning, in the sense required, cannot occur at all. The trouble is that any conceptual system capable of generating the hypotheses needed to form the basis of a more complex logic has to contain the complexity of the "richer" logic—the subsequent state of learning—from the beginning. Or, to put the conclusion in terms of linguistic examples, the only way that a child can "build" the subject-predicate relation, or the process of negation, or conjunction, or in fact any number of far more subtle (and apparently equally universal) linguistic structures, is to possess them from the outset.

Interestingly, Chomsky noted in a different context, the "traditional model of learning ... is like the model of evolution." 10 Also, Fodor claimed that his argument is "entirely general." 11 Therefore, it is not surprising that Piaget unhesitatingly understood Fodor's argument as applying to the case of evolution. If the argument is general, it follows that constructive evolution also cannot work. But Piaget objected, "I have a difficult time believing that Cantor's theories or today's theories of categories are already preformed in bacteria or viruses; something must have developed." 12

But Piaget has his own objections to the standard neo-Darwinian "ontological commitment." He wrote, "I absolutely refuse, for my part, to think that logico-mathematicai structures would owe their origin to chance; there is nothing fortuitous about them. These structures could not be formed by survival selection but by an exact and detailed adaptation to reality." 13

Chomsky, too, for different reasons, argues that "the capacity to deal with the number system or with abstract properties of space is surely unlearned in its essentials. Furthermore it is not specifically 'selected' through evolution, one must assume—even the existence of the number faculty could not have been known or the capacity exercised until human evolution had essentially reached its current stage." 14

To put in the place of natural selection as a mechanism, Chomsky offers nothing. However, Piaget turns to a long-rejected Lamarckian version of evolution. He cites some of his own early work (he began his career as a biologist) with Limnea in the lakes of Switzerland. According to other biologists present, he misinterprets that work as evidence that genetic material may be creatively adjusted to better fit environmental contingencies. Thus, for reasons quite distinct from Fodor's argument about learning, and oblivious (it would seem) to Chomsky's rejection of a neo-Darwinian explanation for the origin of mathematical competence (in addition to language competence), Piaget too acknowledges the failure of the neo-Darwinian theory.

What can we conclude? Without prejudging the claims of Chomsky or Fodor with respect to their intended purposes, it can still be concluded that they pose formidable stumbling stones to neo-Darwinian "constructivism." Creationists will agree with Chomsky that it is because of man's unique genetic endowment that he is able to "live in a rich and complex world of understanding shared with others similarly endowed, extending far beyond limited and varying experience." 15 He continues, "Were it not for this endowment, individuals would grow into mental amoeboids, … lacking entirely the finely articulated, diverse and refined cognitive organs that make possible … [a] rich and creative mental life.… 16

*Dr. John W. Oller, Jr., is a Professor of Linguistics at the University of New Mexico. 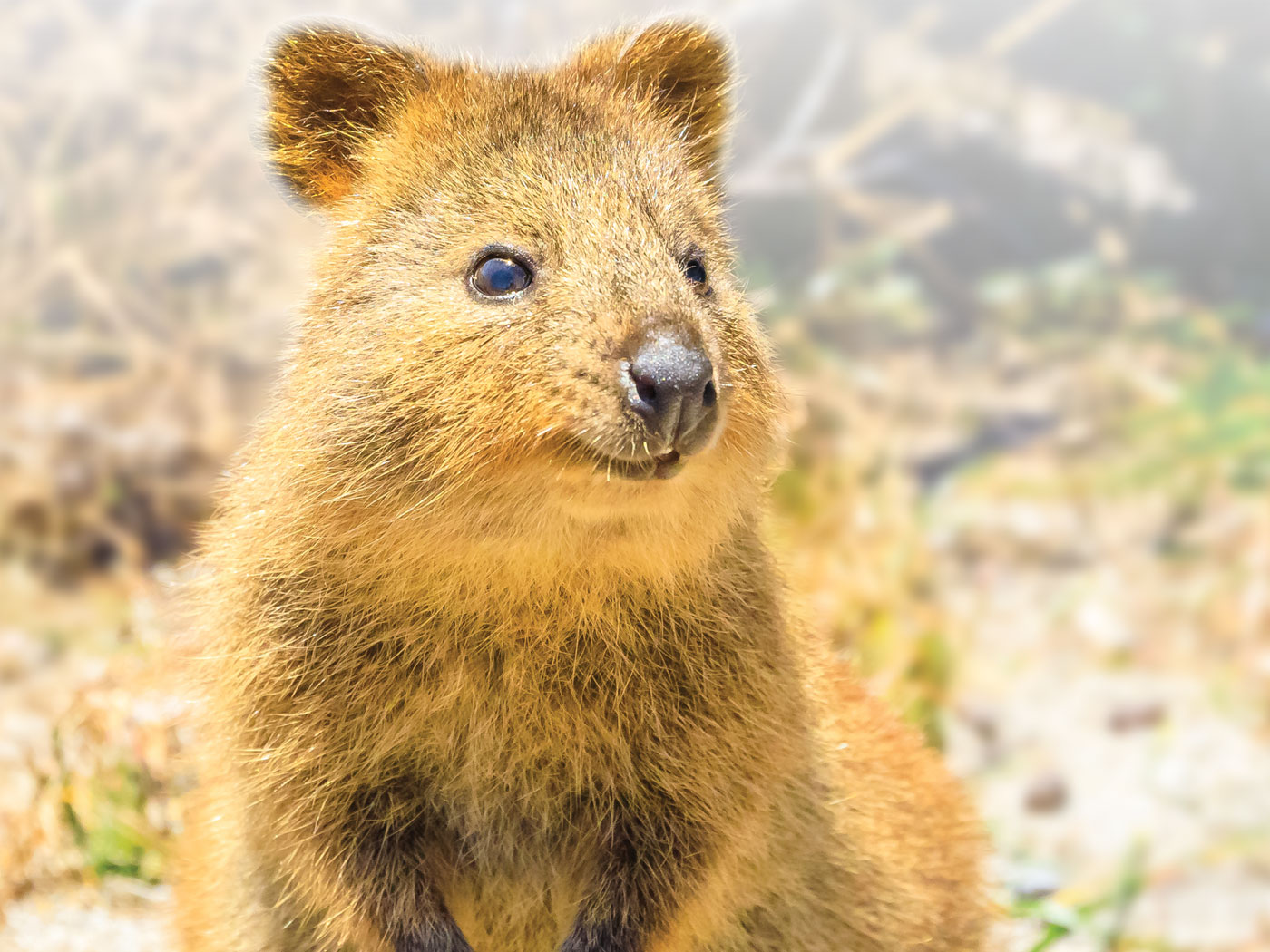