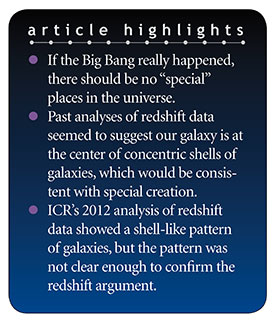 ACTS & FACTS
The Fossils Still Say No: Enigma of the Carboniferous Explosion
Many creationists and evolutionists alike are familiar with the initial huge explosion of complex marine life buried in the Cambrian rock layers at...
BY: JEFFREY P. TOMKINS, PH.D.
Shop Related Products