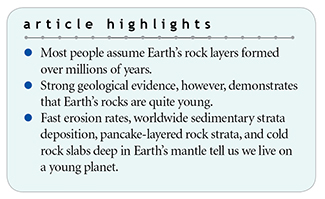 Most people believe rock layers require millions of years to form. This assumption has been taught as fact to geology students and the public for generations. In reality, rocks of any type can and do form quickly under the right conditions.

This article reviews four geological evidences that point to a young world. Collectively, this strong evidence also tips the scale in favor of a 6,000-year-old earth. The scientific data demonstrate that our world’s sedimentary rocks cannot be millions of years old.

1. Erosion Is Too Rapid for an Ancient Earth

What would rocks that are millions of years old look like? According to the empirical measurements of today’s erosion rates, rocks that are that old shouldn’t even exist if they are exposed at the earth’s surface.

Modern erosion rates are so fast that according to secular geologists the continents themselves should have been reduced to sea level long ago.1 A recent study confirmed that outcrops (rocks visible above ground) erode at an average rate of about 40 feet every one million years.2 This means the time needed to completely erode most continents would be less than 50 million years.

Secular geologists have had to resort to imagined rescuing devices like episodic uplift due to tectonic forces in order to explain the existence of today’s continents. However, much of Canada and the eastern United States have not experienced any significant geologic uplift since the creation of the Appalachian Mountains over 250 million years ago, according to the secular timescale. Considering that much of these areas is less than 1,000 feet above sea level, it’s a wonder there’s any dry land at all in these regions.

As secular scientists clearly demonstrated, 1,000 feet of elevation would erode away in just 25 million years.2 So, if the continents are extremely old, why are they still above sea level? The very existence of Earth’s continents, coupled with erosion rates, testifies to the youth of our planet and the truth of God’s Word.

2. Shale and Limestone Are Deposited Rapidly by Moving Water

Secular science has long taught that many of Earth’s sedimentary rocks were deposited slowly over vast ages. It says the slow rates of deposition for sediments like clay and lime mud are arguments for an old earth, claiming these layers form through sediments slowly settling out of stagnant water. People have been indoctrinated with the notion that enormous periods of time are necessary to explain these thick rock layers.

Yes, we do see clay settling out of stagnant water today, but the rocks we observe didn’t form that way. Clay, Earth’s most common sediment, doesn’t slowly settle out of still water to form rocks. Clay-rich rocks like shale and mudstones often exhibit fine laminations or thin-bedded layers that only form through moving, not stagnant, water. How do we know? Recent empirical evidence demonstrates that laminated clays must be deposited in energetic settings by moving water.3 Finely laminated clays rarely form today since biological activity (burrowing or bioturbation) usually destroys the thin layers. 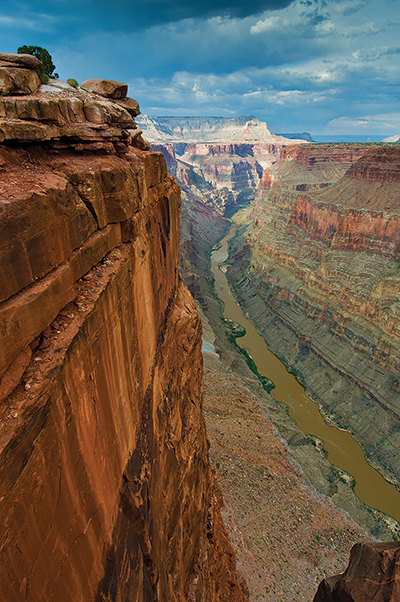 The concept of slow-forming limestone strata has been taught as fact for generations. Such carbonate rocks comprise 20 to 25% of the total sedimentary strata on Earth’s continents. The Redwall Limestone in Grand Canyon is 400 to 800 feet thick, but some carbonates can exceed 3,000 feet.4 Uniformitarians have used the presence of these rocks to criticize the Genesis Flood account, pointing out that thick layers of “quiet water” carbonates must have taken millions of years to form.

But now, all that has changed, and another long-held uniformitarian belief has been exposed as a non-truth. Flume studies verified that carbonate mud is not deposited slowly but instead is laid down rapidly by wave and current action. Laboratory experiments demonstrate that water flowing between 10 and 20 inches per second creates ripples and laminated carbonate mud layers identical to those observed in carbonate rocks.5 Dr. Juergen Schieber and his co-authors wrote:

These experiments demonstrate unequivocally that carbonate muds can also accumulate in energetic settings....Observations from modern carbonate environments and from the rock record suggest that deposition of carbonate muds by currents could have been common throughout geologic history.5

These results match the predictions of creation geologists, who interpret mudstones, shales, and nearly all sedimentary rocks as rapid deposits from the yearlong Flood.6

3. There’s a Lack of Time Between Layers 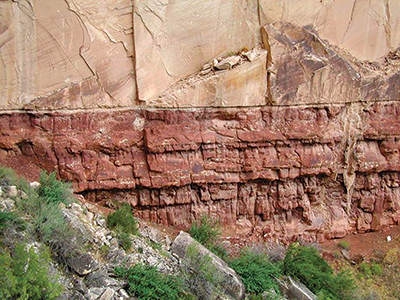 When we look at the sedimentary rocks and the various megasequences they form, we most commonly see the layers stacked like pancakes—each one paralleling the layers below and above. There’s little indication within the sedimentary strata of the vast amounts of missing time claimed by secular geologists. The boundaries between strata often extend for tens and even hundreds of miles in all directions.

Secular scientists often place hundreds of thousands or millions of years between parallel sedimentary units, such as the boundary between the Hermit Shale in Grand Canyon and the overlying Coconino Sandstone.7 But when you examine the contact between these particular layers, it’s nearly perfectly planar in all directions for tens of miles. There may be small, smooth undulations of a few feet in some locations, but for the most part it’s level with sharp contacts from one rock type to the next. Where are the gullies and the uneven topography that should have resulted from erosion over hundreds of thousands of years? The contact looks like brick-upon-brick with no evidence of any time delay whatsoever across the entire expanse of Grand Canyon and beyond. 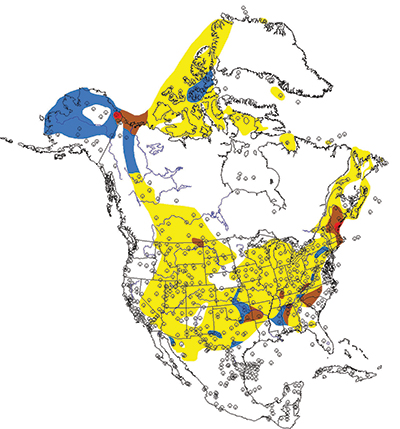 Many other sedimentary units are also supposed to have vast amounts of time missing between their boundaries in Grand Canyon and elsewhere. Examples include the base of the Redwall Limestone where it rests on the Muav Limestone, supposedly missing 160 million years, and the base of the Tapeats Sandstone where it rests on the crystalline basement in western Grand Canyon, supposedly missing one billion years.7

The Redwall Limestone and the Tapeats Sandstone were deposited nearly perfectly flat across Grand Canyon. And recall that the Tapeats and equivalent sandstones extend over much of North America. Nearly everywhere across the expanse of North America, the base of the Tapeats Sandstone layer is a near planar surface. How could so much time for erosion to take place have left such flat surfaces? Instead, the evidence indicates rapid scouring and erosion, creating a planar surface, followed almost immediately by the deposition of new sedimentary layers as tsunami-like waves advanced across the continents.

Regions of more dense (blue) and less dense (red) materials in the lower mantle, as shown by seismic tomography
Image by Alessandro Forte, from reference 9.

One of the strongest evidences to support catastrophic plate tectonics, runaway subduction, and rapid plate movement during the Flood is the seismic tomography imaging of cold subducted oceanic lithosphere deep in the mantle. If these lithospheric slabs were really moving just a few centimeters per year as secular scientists claim, then they should have assimilated into the hot mantle long ago and not show such strong density contrasts (indicating a much cooler temperature) with the surrounding material. Instead, the coldness of the lithospheric slabs indicates they were rapidly emplaced just thousands of years ago.

An imaging process called seismic tomography has revealed a ring of dense rock at the bottom of the mantle. Since its location corresponds approximately to the perimeter of the Pacific Ocean, it appears to represent subducted ocean crust. Located inside this ring of cold rock is a blob of less-dense rock that appears to have been squeezed upward toward the crust. If one assumes that the density of the cold ring is comparable to that of the surrounding material, which is the most straightforward assumption, this ring is 3,000 to 4,000°C colder than the inner blob. This is completely unexpected in the conventional plate tectonic model since it can take about 100 million years for a slab to descend all the way to the base of the mantle. In that time, one would expect any such temperature differences to have evened out. However, in the catastrophic plate tectonics model, such a temperature difference is to be expected if the slab rapidly subducted into the mantle just a few thousand years ago.8

These findings validate runaway subduction and rapid plate motion.9 Catastrophic plate tectonics did happen in the past, but only during the Flood about 4,500 years ago. Once all of the original oceanic lithosphere was completely consumed and a new seafloor was created, the runaway motion ceased. Today, we witness the mere residual motion from this event.

Conclusion: The Earth Is Young

These four strong geological evidences demonstrate that Earth is just thousands of years old, as the biblical narrative and genealogies indicate. In fact, there is no empirical evidence to the contrary. Only biased interpretations based on unverifiable assumptions, such as the radioisotope dates that secular science relies on so heavily,10 continue to argue for an old earth. The rocks do not show great age. The fossils do not show great age.11 Earth is young.