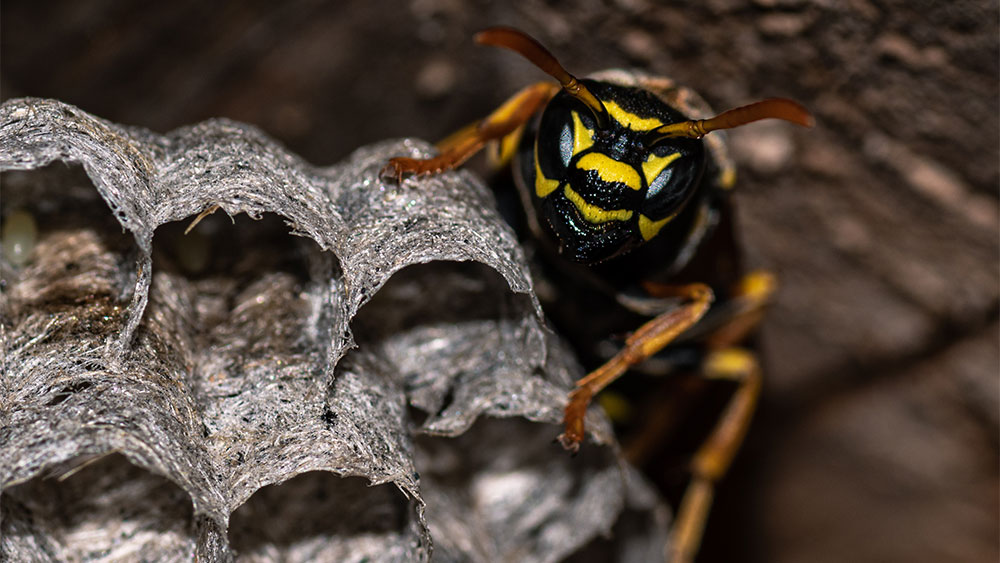 What is the function of these creatures? To begin with, they’re more interested in attacking insect pests than you, and they pollinate plants. Entomologists have discovered powerful antibiotics in their venom,1 and there is also an indication the venom may be used as a possible cancer treatment.2

One of the many kinds of wasps is the paper wasp (Genus Polistes), known for gathering fibrous material from plant stems and dead wood. Mixing the plant product with their saliva, they make a virtual paper nest. These wasps were chosen to be used in a recent study regarding—of all things—abstract interrelationships.

If the following paragraph didn’t mention wasps one would think the author was addressing some kind of mammal, or ‘brainy’ creatures such as the crow or parrot.


A new study led by the University of Michigan (U-M) has found that, regardless of their tiny brains, paper wasps (Polistes fuscatus) are capable of learning abstract concepts. Even more surprisingly, these wasps were also able to transfer what they learned through visual training into a different sensory modality: the olfactory sense.3

University of Michigan evolutionary biologist Elizabeth Tibbetts has been working with paper wasps and found they can learn and remember. Pretty interesting. But no one was prepared for the fact that these insects “can make social distinctions about others.”3 For example, it was found they can recognize facial markings of wasps of their own species and behave with aggression toward wasps that look different. (Not to be outdone, the honey bee is able to recognize human faces!) In 2021, it was reported that wasps with no social life may find it harder to recognize others. This may be due to reduced brain development in that portion of the brain that is important for wasp face recognition.4

More investigation and experimentation revealed paper wasps are capable of transitive inference—a concept relating to intuitive thought (or the theory of cognitive development). This is behavior resembling logical reasoning.

Paper wasps were subject to laboratory tests involving a very basic abstract concept of difference and sameness. Using mild electric shock therapy, the insects were soon able to make “correct” choices 80% of the time regarding distinguishing between pairs of visual or olfactory stimuli.

A detailed summary was given by three scientists.


Notably, wasps were able to transfer the learned rules to new stimuli in a different sensory modality. Therefore, P. fuscatus can classify stimuli based on their relationships and apply abstract concepts to novel stimulus types. These results indicate that abstract concept learning may be more widespread than previously thought.5

In other words, there are indications that this amazing learning ability in insects just might be common.


“Abstract concepts are thought to be associated with high levels of cognitive sophistication, so there has been much interest in which species can form and use them. This is the first time anyone has shown that wasps can form abstract concepts.”3

With this recent discovery of incredible cognition, the paper wasp has now joined the honey bee as an insect that is, well, intelligent. How many more ‘lowly’ insects are there, ready to reveal their amazing God-given abilities to researchers? And how long will it be before evolutionary biologists stop trying to demand purely naturalistic explanations for such incredible skills and capabilities?

Dr. Sherwin is Research Scientist at the Institute for Creation Research. He earned an M.A. in invertebrte zoology from the University of Northern Colorado and received an Honorary Doctorate of Science from Pensacola Christian College.
The Latest
NEWS   ACTS & FACTS   PODCASTS