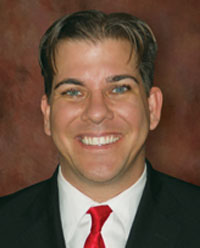 Damon Rambo grew up with an atheist father "who hated Christians in general." However, he was enthusiastic about science. "I spent most of my life sitting in front of a television watching NOVA on PBS, or reading science journals/magazines," he said in a recent interview.

So, it's no wonder why he, currently the youth minister at Brazosport Baptist Temple in Angleton, Texas, would number among the first graduates of the Creationist Worldview Professional Certificate program, offered by the Institute for Creation Research.

"Fast forward to my early twenties, when Christ saved me. I heard the ICR radio broadcasts for the first time, and I realized my newly found faith and my knowledge of secular science were at odds," he said. "I began investigating the underlying facts in the subjects of evolution, biology, and cosmology, and realized the Bible was correct."

"Not only this," he added, "I realized it was not the science that was in error, but the interpretation of that science; the secular scientific community was interpreting the scientific facts through 'atheist-colored glasses.'"

Damon was studying theology when he decided to enroll in the Creationist Worldview program. "I jumped at the chance to look at issues of science from a Christian perspective, and I must say I was not disappointed."

Upon finishing the self-paced online course in September 2008, he earned his Masters in Religious Studies from Nations University, a Bachelors in Theology from South African Theological Seminary, and he is currently working toward a Master of Divinity from Liberty University. "In addition to these, due to my accumulated knowledge of life sciences, I was able to take the Biology GRE and earn a high enough score to net 24 credits in biology from a regionally accredited college in Connecticut," he said.

As a youth minister, Damon understands the importance of a solid biblical foundation for young people to build their faith upon. He has worked with inner city children and has gone door to door to share the gospel in "one of the roughest neighborhoods in the country." At the time of the interview, he said that he had just completed a 12-week study on creationism with the teenagers at Brazosport Baptist Temple.

"I cannot stress how important training these teens is," he said. "The Creationist Worldview program has helped me do that."

He said that in almost every evangelistic encounter, questions about science eventually arise. "Because of the training from both the Creationist Worldview, as well as knowledge accumulated through ICR's radio ministry, it is rare that I cannot give the seeker a satisfying answer," he said.

"I would absolutely recommend [the program to others]," he said. "We are being bombarded with secular ideology every day; we are being brainwashed, really. Immersing yourself in biblically based instruction, especially in an area that is under such constant attack, is so unbelievably important that it cannot be over-emphasized."

When asked what the most valuable thing he brought away from the Creationist Worldview program was, he answered, "The skill of discernment. The ability to listen to what people are saying and from that understand their biases."

This comes in handy, he said, not only in evangelism, but also when he would come across a piece of secular science programming in which terms such as "billions of year ago" are used.

"A voice in my head says, 'How do you know? Were you there? Are you aware of the inconsistencies inherent in the dating techniques that you use to try to prove that statement?'" he said.

The Creationist Worldview is a self-paced online program designed for working professionals and students alike who, like Damon Rambo, are interested in deepening their knowledge of creation science and gaining practical tools to effectively influence their world with the truths of Scripture. More information can be found at icr.edu/cw.