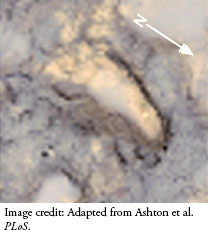 In a Moment of Time
“And the devil, taking him up into an high mountain, shewed unto him all the kingdoms of the world in a moment of time.” (Luke 4:5) It...
BY: HENRY M. MORRIS, PH.D.
The Latest
NEWS   ACTS & FACTS   PODCASTS