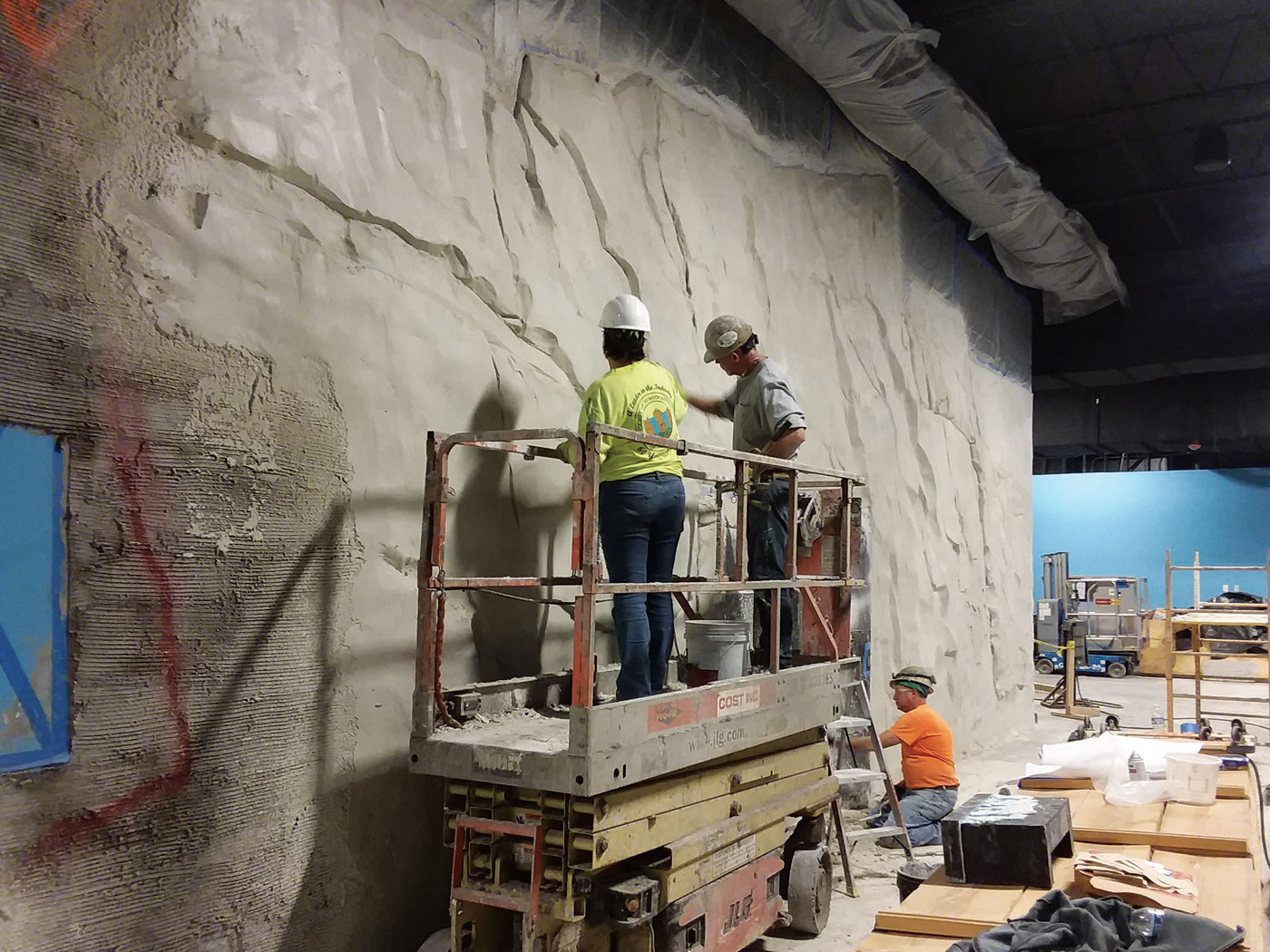 Work continues in almost every corner of the ICR Discovery Center for Science and Earth History. Every time we don hard hats and safety glasses in a search for photo ops, we’re not disappointed. 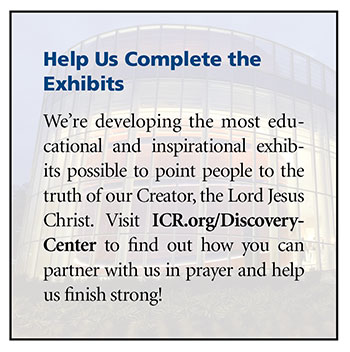 The baobab tree still needs foliage and bark. Baobab trees are believed to live up to 3,000 years, and ours will soon come to life. This exhibit illustrates the diversity of habitats after the Flood.

One of the huge exterior wall panels depicts an ichthyosaur, a large extinct marine reptile that could grow longer than 60 feet. This ichthyosaur has quite a tale to tell. It’s based on a real fossil of a creature that was in the midst of giving birth when it was buried during Noah’s Flood. The birth is frozen in time and documents the Flood’s sudden catastrophic nature, overtaking even the most powerful swimming creatures.

The Ice Age theater is getting a…um…fresh coat of ice! A team of sculptors is “icing” the theater inside and out. The theater will feature a movie describing how the Flood’s aftermath provided just the right conditions for the Ice Age to occur.

Noah’s Ark is being assembled from big timbers and awaits the arrival of the animals, and artisans have been hard at work on the Grand Canyon exhibit—the colors really bring the beautifully sculpted rock faces to life. This model’s base is literally below ground to showcase the canyon’s depth and grandeur.

All this and more will demonstrate the evidence that upholds the accuracy of the Bible and the truth of our Creator. We’re looking forward to when we can open the doors and you can experience this for yourself! 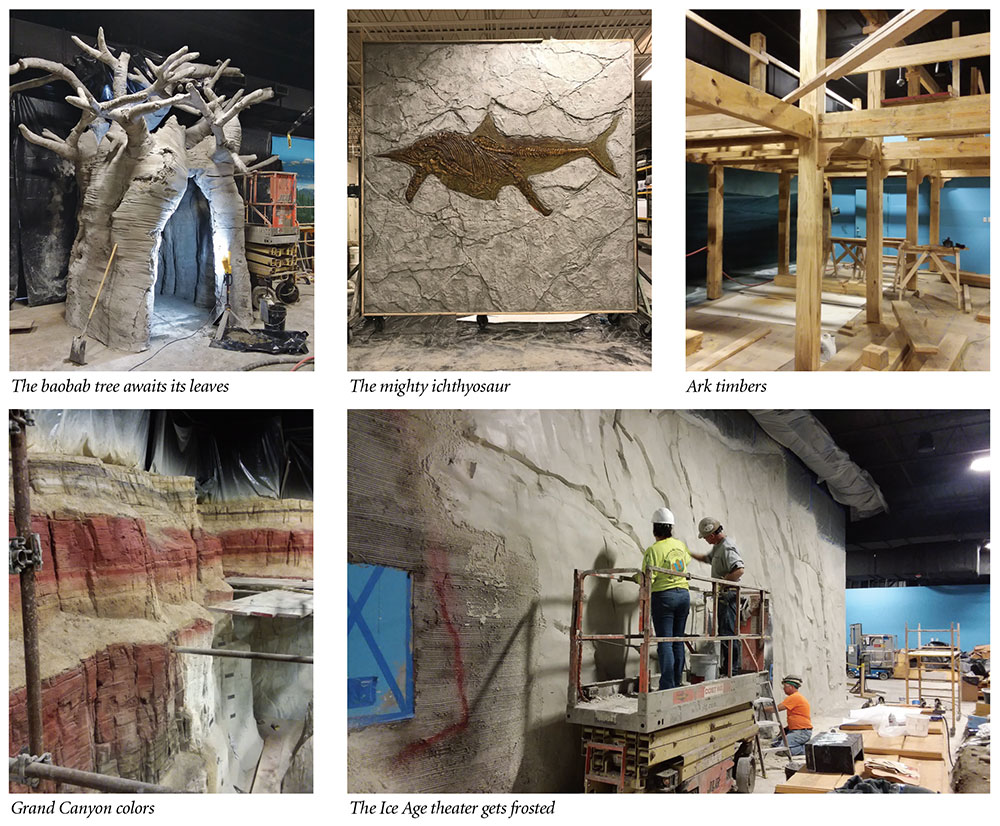